Korn covers higher education for the Wall Street Journal. Here, she and a colleague chronicle the so-called Varsity Blues scandal that erupted in March 2019, when federal prosecutors alleged that a corrupt college counselor had been paid vast sums to help wealthy parents get their children admitted to prestigious universities under false pretenses, including faked SAT scores and elaborate fictions about athletic prowess. The boldface names charged in the case include actors Felicity Huffman and Lori Loughlin, who ultimately took plea deals involving prison time. Kirkus praises Unacceptable as “a capable examination of the seamy intersection of ambition, money, and higher education” while the Financial Times calls it “a book as depressing as it is gripping.” 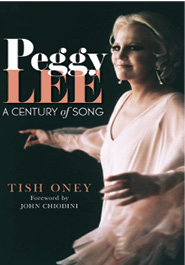 Marking the centennial of Lee’s birth in 1920, this biography traces the famed singer-songwriter’s career, which began with radio spots during her youth in North Dakota and included such hits as “Fever” and classic tunes from Disney’s Lady and the Tramp. “Oney’s musical exegesis is thorough and sure to satisfy music scholars,” says Library Journal in a starred review. “Those seeking the skinny on personal information, such as Lee’s four marriages and subsequent divorces, should look elsewhere, but those wanting to geek out on the subtleties of Lee’s jazz slides, phrasing, and vocal interpretive prowess will be richly rewarded.” Oney, who holds a doctorate in music from USC, is a composer, arranger, and jazz vocalist who has released several albums. 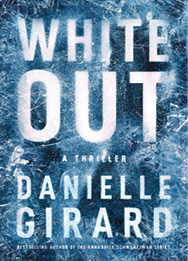 A prolific mystery author, Girard has published more than a dozen novels over the past two decades. In her latest, she introduces the character of Kylie Milliard, the only police detective in her North Dakota town. Her current case is intertwined with a series of brutal crimes from years before, when five girls were abducted and tortured over the course of months. Three eventually escaped; now one of those survivors has been found murdered, and another has suffered a mysterious car accident that has robbed her of her memory. According to Kirkus, Girard’s thriller is “full of just the right number of misdirections and surprises” and the characters “are appealingly vulnerable.” 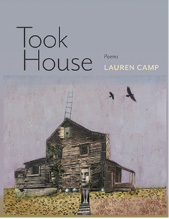 “The imaginative latest from Camp offers poems that vibrate with an undertone of unrest beneath their exploration of intoxicating intimacy, nature, and art,” says Publishers Weekly, going on to call Took House “a stirring, original collection.” The volume is the fifth book of poetry by Camp, whose work has appeared in the Los Angeles Review, Poet Lore, and more. As she writes in “Answers to Why”: “In the forest we idled / the car as a multiplied moon slipped / from the envelope of sky. I couldn’t say no— / no wasn’t an option he offered / so the word lived in silence / with its lost potential.” 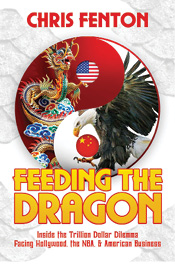 Variety has described Fenton as “a longtime Hollywood executive who witnessed and assisted in the birth of the mega-rich marriage between Hollywood and China.” Here, he offers a look—as the book’s subtitle puts it—“inside the trillion-dollar dilemma facing Hollywood, the NBA, and American business”: the complex relationship between the U.S. entertainment industry and the Chinese government, the gatekeeper to the nation’s massive audience. It includes details on the production of films that were altered to appeal to the Chinese market, such as Looper and Iron Man 3. “The exchange of commerce and culture is essential, and it’s needed now more than ever,” writes Fenton. “Why? Because without it, a cold war between China and the U.S. begins and, unfortunately, never ends. That’s not a world any of us would want to live in.”

In addition to being an alum of Cornell’s Johnson School, Bruno holds an MFA in fiction from the University of Iowa. Her first novel—which Library Journal calls a “singular tale of coping with life’s hard hits”—is set during one night in a dive bar in a college town; it’s where the protagonist, a troubled hedge fund manager named Emma, first met her former husband, Lucas. The book—whose chapter titles are the hours Emma spends at the bar, starting at 5 p.m. and running until after midnight—comprises her painful memories of their relationship and others in her life. “In the harsh light of an alcoholic’s making an inventory of her moral failings, we witness Emma tell the beginning and ending of her love affair with Lucas. And we gingerly descend into their heartbreaking transition,” says Kirkus, calling the book, “a spellbinding portrait of grief.”