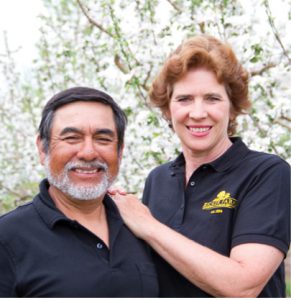 When Melinda Perry Vizcarra ’79 and Oscar Vizcarra ’79 graduated from CALS and took over her family’s 340-acre, fourth-generation farm an hour northeast of Buffalo, they aimed to sell directly to consumers, offering “U-pick” crops like strawberries, raspberries, and asparagus. Back then, few people had even heard of agritourism—the concept that farms and orchards could attract visitors craving a taste of agricultural life, either for a few hours or a whole vacation.

Jump forward four decades, and the Vizcarras oversee a Western New York institution that they built from the ground up. Their business, Becker Farms, draws some 100,000 visitors a year, many of them members of families—from Buffalo, Rochester, Niagara Falls, and beyond—who’ve been coming for generations. On fall weekends, cars fill eight acres of parking, with parents and kids flocking to the Pumpkin Fiesta, whose delights include pony rides, a corn maze, a petting zoo, and goat races. There’s apple picking, cider, and fresh donuts. The Becker Farms bakery cranks out some 6,000 pies a year—apple, strawberry-rhubarb, cherry, peach, pecan, pumpkin, and more—with a huge Thanksgiving rush and 4,000 sold wholesale for fundraisers. 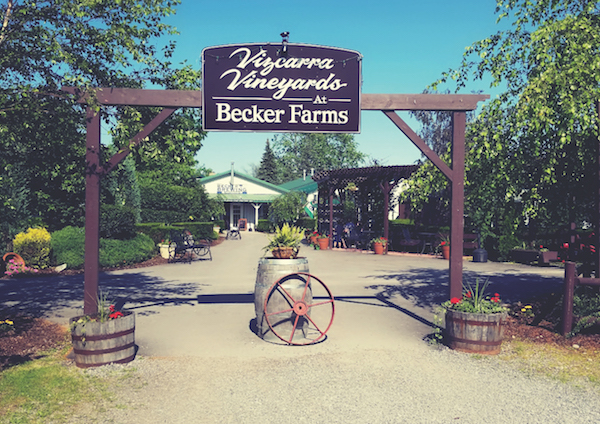 Then there’s the retail store—selling produce, homemade jams, fudge, snacks, and baked goods—housed in the converted nineteenth-century farmhouse where Melinda’s grandfather was born. And the educational tours that bring in busloads of schoolkids. And the 200-member CSA. And the winery, Vizcarra Vineyards, launched in 2004; it makes not only red, white, and sparkling wines but fruit wines and fortified dessert wines. After some visitors lamented the lack of beer, the Vizcarras started a craft brewery, complete with gastropub and beer garden. Dubbed Becker Brewing, it also produces hard apple cider, including some unusual flavors like concord grape and cherry-almond.

The annual visitor count doesn’t include weddings, which now number about 100 a year. After hosting their daughter’s 2006 nuptials, the Vizcarras were inundated by requests to do them commercially. So they created a 200-guest venue; ceremonies are held in view of the vineyard, with hors d’oeuvres served in a restored 1934 barn. When that proved so popular that it was booked solid a year in advance—with daily calls from hopeful couples—they invested in a second venue. With bridal parties needing somewhere to stay, Becker Farms got into the lodging business by building eight luxury cabins, which are also rented out on Airbnb. “Sometimes when we walk home at night, we look around and say, ‘Who did this? How did this happen?’ ” Oscar marvels. “We see a wedding going on, people dancing and laughing. We can’t believe we created something like this after all these years.” 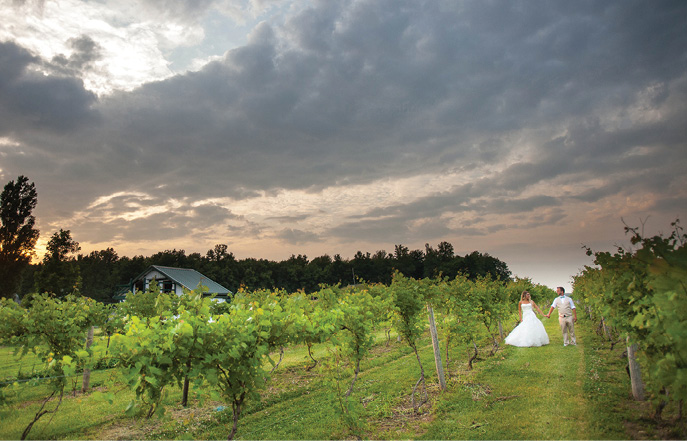 A native of Peru, Oscar was sent to the U.S. at sixteen by his mother, who was concerned—rightly, he admits—that he wasn’t focusing on his studies. After graduating from high school and attending community college in the New York metro area, he met Melinda at SUNY Delhi, where he was studying landscape architecture. She’d spent two years traveling around the world after high school and figured she’d parlay her lifelong interest in agriculture into aid work in developing countries. Then Oscar challenged that notion. “He said, ‘How can you leave your family farm?’ ” she recalls. “ ‘You have these assets that most people in the world don’t have.’ ”

They both transferred to Cornell, where a professor encouraged them to embrace direct-to-consumer markets like U-pick. They founded Becker Farms after graduation—it’s her maternal grandmother’s maiden name, and how locals know the property—and married the following fall. In the early days, their customers were stocking up on produce that was only available in season. But once global supply chains put crops like strawberries and asparagus on supermarket shelves year-round, they needed new revenue streams. When Oscar heard that other farms were offering entertainment and making wine, he saw opportunities. “One good thing about him not being a traditional farmer,” says Melinda, “is that he doesn’t have the attitude of ‘This is how we always did it.’ ”

With his landscaping background, Oscar transformed the property, planting “every tree, every shrub” with his own hands. Rather than having a store built, he renovated her grandparents’ house. “I was everything,” he says. “The farmer, the carpenter, the plumber, the electrician.” Becker Farms has since grown to about ten core staff and another ninety part-time workers, making it the largest employer in town. As demanding as the business is, its seasonal nature gives the couple some downtime; they spend winters relaxing and traveling, with annual cruises and trips to Peru. Their three adult children help run the farm, making it a fifth-generation enterprise: their daughter oversees weddings and lodging, one son runs the agricultural side, and another is in charge of alcohol production. “If we hadn’t done this, it probably would have been the end of the line for the family farm,” Melinda observes. “It attracted our children back.”