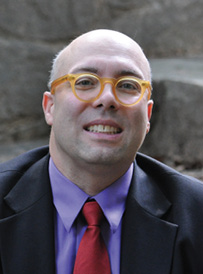 City and regional planning professor Tom Campanella, MA ’91, leads what he calls a “triangulated life.” He has a home in Ithaca, where he teaches; in Brooklyn, where he grew up; and in Nanjing, China, where his wife works. Campanella’s professional interests are equally widespread. He’s part historian, part urbanist, and part naturalist—boasting a résumé with such lines as author, academic, essayist, U.S. Forest Service firefighter, and licensed helicopter pilot. “I’m interested in a lot of things,” says Campanella, director of Cornell’s undergraduate urban studies program. “Somehow it all ties together, but I’m not quite sure how.”

Campanella’s current gigs include serving as historian-in-residence for the New York City Department of Parks and Recreation, a volunteer position he took on in 2016. His main task is to produce or rewrite the informational signage for every park in the city—more than 900 signs in all—and to create an official guidebook. Cornell students are doing much of the research, earning academic credit through an independent study class that Campanella conceived. “They’ve discovered things that even the people in the parks department had no idea about,” he says—citing, for example, the fact that a playground in Brighton Beach stands on the site of a bygone vaudeville theatre.

While getting his undergraduate degree in environmental studies at SUNY College of Environmental Science and Forestry, Campanella spent summers working as a wilderness firefighter in the western U.S. and Alaska. As a grad student on the Hill, he studied landscape architecture, then earned a PhD in urban studies and planning from MIT. He joined the Cornell faculty in 2013 and currently teaches courses on urban design, site planning, and the history of urban development; he will spend the coming spring semester in Italy with the AAP Cornell in Rome program, leading a workshop on immigrant communities in the city. His research interests comprise many aspects of the “built environment,” a social science term for the man-made spaces in which humans live and work. “He’s very dogged and resourceful in finding out information that’s much deeper than it appears on the surface,” says landscape architecture professor Leonard Mirin—one of Campanella’s grad professors, now a faculty colleague—who praises his former student for “the scope, variety, and depth” of his work. 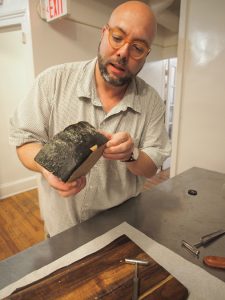 As an essayist, Campanella has written for academic publications as well as mainstream media like the Wall Street Journal, Wired, and the New York Times—including a July 2016 Times piece about a wheel of cheese that has been in his family for three-quarters of a century. “We mark ourselves by what we choose of our past to shield from the churn of change,” he wrote. “Much of this, whether an old building or historic landscape, is lasting and durable by definition. That something as soft and perishable as cheese should make it across seventy-five years of time and space, outlasting brick and mortar—indeed, much of the city—is beyond remarkable. But is a cheese from the age of steam still recognizably cheese?”

Campanella is also the author of several books including Republic of Shade, a history of the American elm tree (the subject of his MIT dissertation), and The Concrete Dragon, which traces China’s evolution from a rural to an urban society. Brooklyn: A Secret History, a chronicle of the borough’s failed or forgotten civic plans, is due out in fall 2018. He’s currently doing research for a book on two Cornell-educated landscape architects, Gilmore Clarke 1913 and Michael Rapuano 1927, who helped shape the New York metropolitan area. Campanella’s first book—2001’s Cities from the Sky, a collection of vintage aerial photos taken from the Twenties to the Sixties—reflects his long-held love of observing urban landscapes from a bird’s-eye perspective. He traces that interest to a childhood trip to the top of the Empire State Building, where he got his first panoramic view of New York City. Says Campanella: “There’s an amazing amount of detail and richness in our everyday environment that’s revealed with altitude.”

In his research, Campanella often uses aerial photography to gain a more comprehensive perspective, efforts that have been greatly facilitated by the advent of drone technology. Drones, he says, can access what he calls the “sweet spot”—between a limited ground-level view and the less detailed imagery captured by satellites—that was previously attainable only by plane or helicopter, at prohibitive cost. “It’s an explosion of possibility,” says Campanella, who mounted a small exhibit of his drone photography in West Sibley Hall last spring. He acknowledges, though, that drones have their share of headaches—including a negative public image and the occasional mechanical snafu. “My first drone,” he laments, “is at the bottom of Cayuga Lake.” 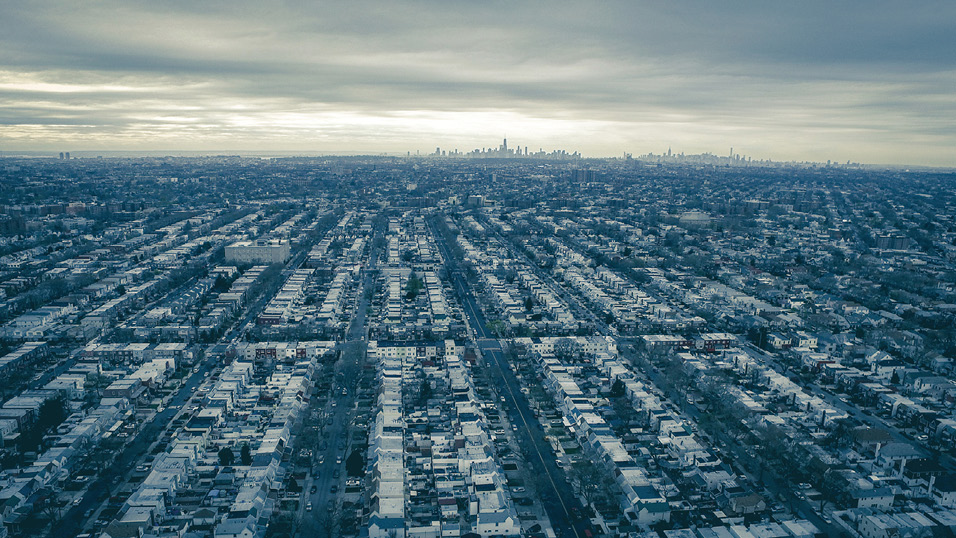 Campanella displayed some of his drone photography in an exhibit in West Sibley Hall last spring, including a view of Brooklyn and Lower Manhattan. Photo Thomas J. Campanella