The University and its libraries are home to numerous specialized collections, which edify and entertain researchers on a kaleidoscope of topics. They include:

The Lab of Ornithology maintains the world’s largest archive of natural sounds, with more than 175,000 recordings. With entries dating to 1929, the Macaulay Library emphasizes birdcalls but also covers elephants, whales, frogs, and more. Available for online listening, it includes a wide variety of clips—from a walrus underwater to an ostrich chick still inside its egg. The collection is a popular resource for Hollywood, which has used its recordings in such films as Raiders of the Lost Ark and Harry Potter and the Prisoner of Azkaban. 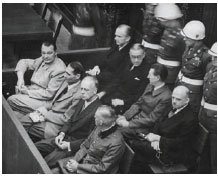 Cornell’s Law Library is home to the personal archive of General William Donovan—special assistant to the U.S. chief of counsel at the trials—for whom the collection is named. It houses some 150 volumes of transcripts and other documents, including memoranda on trial structure, notes on the interrogation of Hermann Göring, Nazi organizational charts, and a personality analysis of Adolf Hitler compiled for the Office of Strategic Services during World War II.

Many of the more than 3,000 titles in Cornell’s Witchcraft Collection—which focuses on the Inquisition and the persecution of witchcraft for religious reasons—were acquired in the 1880s by President Andrew Dickson White and librarian George Lincoln Burr. Its holdings include court records of witch trials; personal accounts of witchcraft accusations in seventeenth-century Salem, Massachusetts; and fourteen Latin editions of the Malleus maleficarum. RMC describes the latter, which codified church dogma on heresy, as “one of the more sinister works on demonology.”

The Kroch collection comprises the papers of William Sargent ’30, BS ’31, PhD ’36, a leading expert on the avian sport. It contains correspondence, photos (including images of climbing expeditions to aeries), drawings, articles, and speeches—even a round-up of Shakespeare quotations about falconry. 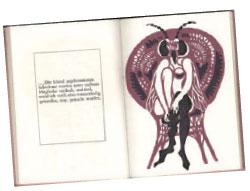 Cornell’s collection, begun in the 1920s by apiculture professor E. F. Phillips, is one of the world’s most comprehensive archives of books in the field. With works from some two dozen countries, it tackles subjects from proper hive care to common apian diseases. Its more unorthodox holdings include a humorous volume that (as a Mann Library Web page puts it) “combines a rather dry 1876–77 German work on beekeeping with colored woodcuts of 1970″—in which bees are recast as scantily clad ladies.

Established in 1998, the Eastern Wine and Grape Archive is an ongoing effort by RMC and the Geneva Ag Station to preserve the records of the region’s grape growers, winemakers, and others involved in the industry. The archive contains the papers of several area vintners, and its organizers are actively seeking more: they’re soliciting such items as letters, account books, diaries, scrapbooks, pamphlets, posters, field notes, scientific reports, marketing materials, photos, oral histories, “or any other documents that help tell the story of grape growing and winemaking in the United States.” 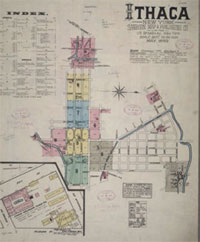 Headquartered on the lower level of Olin Library, the Map and Geospatial Information Collection has more than 650,000 maps and 4,200 atlases. Its holdings span from 1790 U.S. Census maps to modern geospatial data and everything in between: historical city plans, topographical maps, land ownership documents, nautical charts, globes, and more. An original Sanborn Map—whose makers assessed fire insurance risk in municipalities nationwide—shows Ithaca in 1883 (population: 10,000). 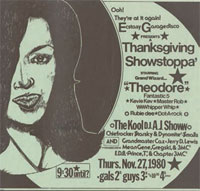 Created with a donation of core materials in 2007, Kroch’s Hip Hop Collection aims to preserve artifacts that chronicle the musical genre, which emerged in the South Bronx in the late Seventies. It contains thousands of vinyl records, party flyers, magazines, and even clothing related to Hip Hop culture. Since its founding, the evolving collection has grown to include the archives of a seminal Hip Hop photographer and a graffiti artist, and it has prompted campus visits by stars of the genre.

The sons of acclaimed course designer Robert Trent Jones, Sp Ag ’28–30, donated the archive of his seventy-year career to Kroch in 2009. The Robert Trent Jones Collection offers blueprints, sketches, photos, business records, and correspondence, including personal letters to such titans of the sport as Arnold Palmer, Ben Hogan, and Sam Snead. It also features the plans for several hundred of the courses he worked on, including the one named for him on campus. 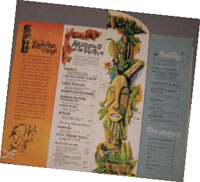 Oscar Tschirky—a.k.a. “Oscar of the Waldorf,” maître d’ of the Waldorf Astoria Hotel from 1893 to 1943—collected menus as a hobby, and after his death they were donated to Cornell. Housed in the Nestlé Hotel School Library, the Menu Collection has since grown to comprise 10,000 items from 1850 to the present, representing both casual and fine-dining establishments. Among its holdings are menus from the Prohibition era that slyly indicate the availability of alcohol through inserts hidden in the spine.

The ‘Language of Flowers’

The holdings of garden writer Isabel Zucker ’26 were the basis for Mann Library’s collection on the art of communicating feelings through botanical tributes, which had its heyday in the Victorian era but dates back to seventeenth-century Constantinople. Comprising 147 volumes, the Language of Flowers Collection boasts such holdings as Flora’s Dictionary, a nineteenth-century guide that translates herbaceous messages; for example, a bouquet of ranunculus means, “I am dazzled by your charms.”

With 5,500 items dating to the eighteenth century, Kroch’s Susan H. Douglas Collection of Political Americana is a trove of memorabilia: buttons, ballots, pamphlets, ribbons, sheet music, clothing, and assorted trinkets—even a ceremonial wooden axe from Abraham Lincoln’s presidential campaign. It was established in the Fifties thanks to donations from its namesake, an avid collector married to a Cornellian (Damon Douglas ’55, BCE ’56, MS ’62). Its varied holdings include an elephant-shaped bank from the 1900 campaign of William McKinley and a canvas bag touting “Votes for Women.”

Some of the collections’ holdings are accessible online. In-person viewings of materials generally require making arrangements in advance; for more information, contact the respective libraries.