When Cornell opened America’s first university press back in 1869, the enterprise had dual missions. One was to publish scholarly work in the vaunted tradition of the university presses of Europe. The other—following the vision of the ever-practical Ezra—was a tad less lofty. “The founders wanted to have students apprentice and learn to use the printing equipment,” Mahinder Kingra, the press’s director of marketing, says with a grin. “It was considered vocational training.” 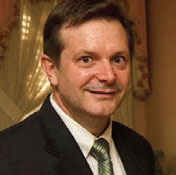 Nearly a century and a half later, the press’s wares are no longer churned out by ink-stained undergrads—and some 10 percent of its revenue comes from e-books, a figure that’s expected to grow. But Cornell’s academic publishing house is still going strong, putting out more than 100 books a year on a variety of subjects, from narrowly focused academic works to releases for a more general audience that can tally sales in the tens of thousands. Take last April, when the press published both Unbuttoning America—an exploration of the cultural significance of the novel Peyton Place, with a rather racy cover featuring a woman wearing gartered stockings and a come-hither look—and Subterranean Estates, a collection of scholarly essays on the hydrocarbon industry. (“By accounting for oil as empirical and experiential,” the catalog explains, “the contributors begin to demystify a commodity too often given almost demiurgic power.”) ‘Where you used to focus on sending out tens of thousands of pieces of direct mail, now you focus on making sure your titles can be discovered.’

Top sellers of recent years include an updated edition of The Birds of Costa Rica, which Kingra calls the definitive field guide to the world’s most popular birding destination. Behind the Kitchen Door, a 2013 exposé of unfair labor practices in the restaurant industry, became the focus of a Unitarian social justice campaign and wound up on the best-seller list at Powell’s, the influential indie chain in Portland, Oregon. “Commercial concerns are not our first priority, so we’re able to publish more serious books that can take a deeper look at their subjects,” says Kingra. “Finances are important to us, but we don’t need to publish 100,000 copies in order for it to work, so that frees us up to publish books on a broader range of topics.”

While CU Press—which is head-quartered in Sage House, the stately Queen Anne villa that was home to early University benefactor Henry Sage—is indeed the oldest in the nation, there’s a bit of an asterisk. It hasn’t been operating continuously, having been suspended between 1884 and 1930 due to lack of funds. But it can claim a couple of other distinctions: in 1955 it was the first university press to release works in paperback, and in 1999 it became the first publishing house in the world to print on paper certified as sustainably harvested. The press began publishing e-books in 2010; now nearly all new titles (except for the heavily visual) are available for e-readers like the Kindle and Nook, and the backlist is being digitized. The overall shift toward digital media and online sales has meant a sea change in how the press markets its titles, says director Dean Smith. “We’ve become experts at social media, at metadata and discoverability,” he says. “Is Google finding your books? Is the metadata correct on Amazon? That’s a huge issue. Where you used to focus on sending out tens of thousands of pieces of direct mail, you now focus on making sure your titles can be discovered.” 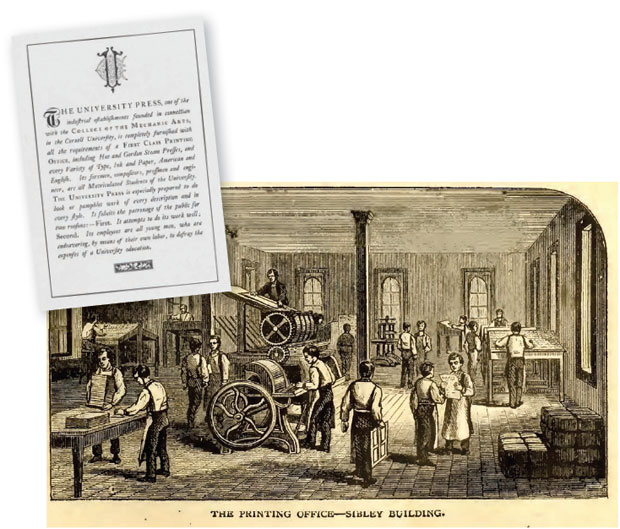 Smith knows the online landscape: he came to Cornell in April from Project MUSE, a digital publisher of humanities and social science scholarship based at Johns Hopkins. (He succeeded John Ackerman, who directed the press for a quarter-century.) His future plans, he says, include releasing more Cornell-oriented titles, such as volumes devoted to Big Red sports. But he stresses that in the acquisition process, “nobody gets rubber-stamped.” A rotating board of about twenty University faculty has the final say on what gets published, and the press is no house organ: over the past decade, only 7 percent of its books were written by Cornell professors. Each manuscript is vetted by independent experts chosen by the publishing house—not the author—and they weigh in anonymously to ensure candor. “Even within the university press world, Cornell is known for the amount of time and effort we put into helping authors shape their manuscripts,” says Kingra. “We don’t just hit ‘print.’ “

Hear My Sad Story Richard Polenberg An emeritus professor of history at Cornell investigates the true tales behind such classic American folk songs as “John Henry,” “Casey Jones,” and “Frankie and Johnny.” His topics include one notorious 1895 murder—a crime committed over “seventy-five cents and a hat”—that inspired “Stagolee.”

A Sense of Power John A. Thompson An emeritus professor at the University of Cambridge explores the roots of the U.S.’s position in world affairs—one that has been extensive and costly over the past century. He quotes Thucydides: “Of the gods we believe and of men we know that it is a necessary law of their nature that they rule wherever they can.”

Fossils: The Key to the Past Richard Fortey About to be released in its fifth edition, this introductory text comes from a paleontologist at London’s Natural History Museum, whom Bill Bryson calls “without peer among science writers.” Fortey covers the formation and identification of fossils, as well as their importance as guides to the planet’s history. “The overall impression is one of a comprehensive tour through the heart of the earth sciences,” wrote a reviewer in a geology journal, “delivered in an accessible way with passion and enthusiasm.”

Buttoned Up Erynn Masi de Casanova “The first pebble in the avalanche that toppled the suit as the everyday dress of the white-collar warrior was the introduction of Casual Fridays,” declares deCasanova, a sociology professor at the University of Cincinnati. Here, she takes on “clothing, conformity, and white-collar masculinity,” investigating how corporate dress has changed since the days of The Man in the Gray Flannel Suit.

Gangs of Russia Svetlana Stephenson A London-based sociologist explores how Russia’s gangs have become entrenched since the Nineties. While some members are dead or in prison, she says, others have joined the ranks of the nation’s elite. “The gang is almost by definition an example of the shadow society,” she writes. “But far from being a group of isolated misfits and criminals, it responds to larger historical processes and can, in certain periods, move from the shadows onto the central stage.”

Winter in the Wilderness Dave Hall with Jon Ulrich This field guide offers tips on obtaining basics like fire, shelter, food, and water. From its description of a “leaf crib”: “Like our rodent kin who use nests to stay warm, we too can benefit from creating large piles of dry vegetation and crawling inside.”