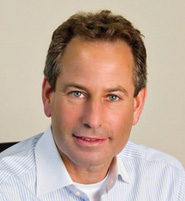 Hotelie Brad Tolkin ’80 is the co-chairman/CEO of World Travel Holdings, one of the world’s largest distributors of cruises. The company, which Tolkin and his brother founded in 2005 and run together, sells more than $1 billion worth of cruises a year under such brands as 1-800-CRUISES and cruises.com; it also handles all cruise bookings for Priceline and Orbitz, as well as several major airlines. In 2014, the Tolkin brothers were elected to the Cruise Line International Association Hall of Fame. CAM asked Tolkin—who started his first travel agency right after graduation, later selling that company to American Express—to offer some insights on getting the most out of a cruise.

How popular is cruising?
Less than 4 percent of North Americans cruise every year, but it’s growing; more and bigger ships are coming into service, including Richard Branson’s Virgin Voyages line, which debuts in 2020 with three ships. In terms of orders, the shipyards are full for the next five years.

What’s the advantage of cruising?
You get to see a lot more destinations and you don’t have to worry about going in and out of airports. You don’t have to pack and unpack; the ship is your hotel. Today, ships themselves are a destination. Many have fifteen to twenty restaurants, shows, shopping, casinos, and other activities.

What should people keep in mind when they book?
First you have to define the purpose of your trip. Is it to discover? To unwind? Do you want a small ship—under 1,000 passengers—or a big ship experience? Who are you traveling with? When I had young children, I learned very quickly that you could stay in the nicest place in the world, but if they’re miserable it doesn’t matter where you are.

What are the benefits of cruising with kids?
Cruising is a phenomenal way to travel with children, because it’s a controlled environment; they can’t leave the resort. Some ships even give you a wristband that shows you where your kids are at all times. They can’t get lost; they can’t be served alcohol. Many of the bigger ships have things like skating rinks, bumper cars, ropes courses, ziplines, and surf riders.

What are the advantages of a smaller ship?
It’s a lot less crowded, because the space-to-guest ratio is greater. Embarkation and disembarkation is quicker. You’ll have a greater chance of having a personalized experience where the employees know your name. Smaller ships can get into more ports; for example, the Havana harbor can’t accommodate big ships. Also, smaller ships tend to do “destination immersion,” where they stay longer in port; you might spend a couple of days in Monaco or St. Tropez and can enjoy the night life.

Can you have a small-ship experience on a big ship?
Many bigger ships today have concierge floors or suite levels with all the services you’d experience on a smaller ship. Norwegian has the Haven, which has its own bar, restaurant, pool, even fitness center. You get private elevators for embarkation and reserved seats for shows.

What about booking cabins?
On most ships, almost 80 percent of the cabins are identical. The differences are what deck you’re on and whether you’re in the front, middle, or rear of the ship. So you can save a lot of money if you don’t care about that. Twenty years ago, the theory was that if you’re at the front or back you’ll feel more movement, and on a lower deck, you’ll feel less movement but you’ll get less of a view. But on today’s ships, with modern stabilizers, the consumer can’t really feel the difference.

Any other cabin-related tips?
One big thing to know is that there’s a difference between an “outside” cabin and a balcony cabin, which usually overlooks the water. I say “usually” because a lot of large ships today have center promenades and offer balcony cabins that overlook it. An outside cabin has a window but no balcony; an inside cabin has neither.

What about entertainment tips?
Make your reservations for activities like spa treatments, specialty restaurants, and shows in advance. Before technology, the first thing people had to do when they boarded was run to the spa and the theater booth. You don’t have to do that anymore; it’s a very civilized experience.