Director Christopher Dunn calls it a “living museum”—the more than 3,600 acres that comprise Cornell Botanic Gardens, the University’s collection of cultivated and natural areas on East Hill and beyond. Known as Cornell Plantations until last fall, the gardens are a popular destination for casual strollers, horticulture buffs, joggers, dog walkers, and more. “I tell people that Cornell has three iconic aspects,” says Dunn. “There’s the academic excellence, the architecture—and this green, living lung of a landscape.” 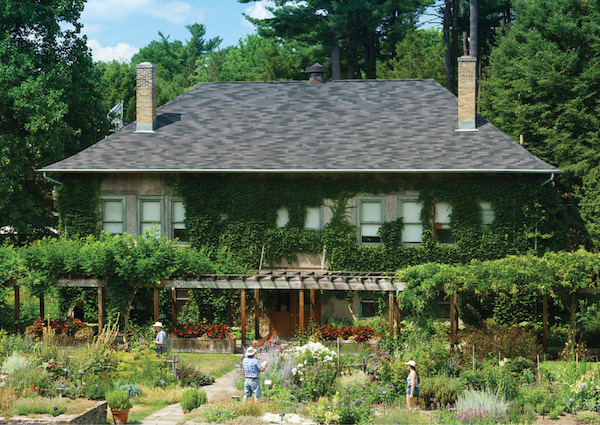 Popular features of the Botanic Gardens include its herb garden.

On the job since 2014, Dunn came to Ithaca from the University of Hawaii’s arboretum. Among his goals has been to expand the mission of the Botanic Gardens: in addition to its aims of “cultivation, conservation, and education” is a mandate to promote understanding of the interdependent nature of biological and cultural diversity. The gardens have stepped up collaboration with academic departments—Dunn notes that a music major recently did a senior composition inspired by its sights and sounds—and is working with Cornell Health (formerly Gannett) to design an app to promote outdoor activities as a way to improve mood and combat stress. Dunn also aims to spread the word about the Botanic Gardens’ holdings, noting that many Cornellians don’t realize that in addition to its arboretum and carefully managed plots (of herbs, wildflowers, and more), it oversees Beebe Lake and the Fall Creek and Cascadilla gorges—not to mention more than two dozen natural areas farther from campus such as Monkey Run, Lick Brook, and Bald Hill.

Regarding the name change—which trustees approved in late October, though the task of replacing some 1,800 signs is ongoing—Dunn cites multiple reasons: not only the negative connotation of “plantations,” but the fact that the name was confusing (visitors might mistake it for, say, a CALS research farm) and just plain inaccurate. “In an agricultural context, a plantation is land devoted to growing a single crop, like cocoa or bananas,” he says. “But a botanic garden is all about showing the broadest diversity of things we can grow in this climate.”