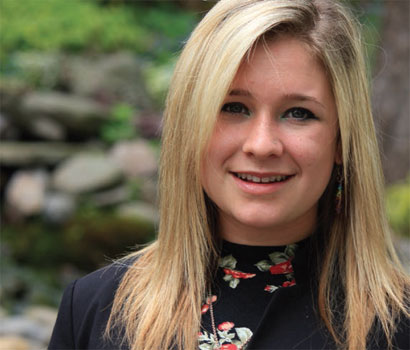 Last winter, my best friend thought it would be hilarious to go on my computer and update my Facebook status to say I’d be spending the summer as the food and beverage blogging intern for the Myrtle Beach Pelicans minor league baseball team. The posting garnered more than 150 likes.

It wasn’t the only time my friends and I relied on comic relief to get us through the process of applying to internships. We’d throw around terms like “funemployed” to show we’d be cool without a plum job in our industry of choice. But the truth is, we were nervous about what it would mean for the future.

The pressure on rising seniors to land the perfect summer internship – potentially the gateway to a full-time job in a mediocre economy – is extreme. So in the hope of landing a journalism gig after graduation, I started applying to every publication and network I could think of – a frenzy during which I sent out numerous applications with spelling and grammar errors. (Note: this is a great way to ensure that no one hires you.)

Of course, all internships aren’t created equal. There are paid jobs, others that offer stipends for transportation and lunch, and gigs that are totally pro bono. A well-paid internship in your chosen field is the holy grail.

Since I’d already had four internships as an undergrad, including a semester at Bloomberg in Washington, D.C., it was frustrating to get zero responses from my top choices. As a labor relations major with an English minor, I feared my résumé lacked focus. So I got more proactive, using LinkedIn to query alumni connected to places where I hoped to intern.

As spring semester wore on, friends got offers from impressive places – while I was still frantically sending out applications. I really wanted to intern in journalism – but it got to the point where I’d apply for anything remotely interesting. A process that started with Comcast and Viacom moved on to local news networks and then the financial sector. On the Cornell career website alone, I applied to about fifty postings. I was fairly sure I’d get hired somewhere, but still stressed that it wouldn’t be the position I dreamed of.

Besides the Cornell system, I sought internships through online portals that often seemed like black holes: you press a button and send your hopes and dreams into cyber nothingness, receiving only an automated e-mail with a “candidate reference number” as long as pi. There are also addresses (“internships@famousnewsnetwork.com”) where you can submit your materials – and you almost never hear back.

I was at Career Services so often that I’m pretty sure an alarm went off every time I walked in. My friends and family also never heard the end of it. I’d be upset when they asked about my summer plans – and even more upset when they didn’t want to hear any more about my internship drama. I was so preoccupied that I let school and social obligations slide. I realized that another reason why the process was so stressful is that my generation is used to instant communication; what may have seemed like a normal correspondence timeline twenty years ago is agony for us.

I was in the ILR library when an e-mail popped up with the subject, “Phone Interview CNN.” It was like getting a text from a crush: a mixture of excitement, panic, and nausea. How soon should I respond? How eager should I sound? I wound up scheduling an interview for Valentine’s Day, hoping the recruiter would fall in love. The initial screening must have gone well, because I was put on the short list for several positions. More than a month went by. I was in my History of Consumption class when a number from Atlanta came up on my caller ID. I ran out of the lecture hall, nearly tripping on the steps. The interviewer immediately launched into queries about software and research databases I’d never heard of. I could feel the job slipping through my sweaty fingers.

Dejected, I continued to apply. Finally, after months of interviewing, I was offered a job in human resources for a major credit card company. The pay was great, the commute easy, and the program interesting. I had two weeks to decide – and I promptly became obsessed with CNN. I e-mailed the initial recruiter to say I was on a deadline. He explained that things had been hectic due to the invasion of Crimea and the disappearance of the Malaysian airliner.

Deadline looming, I leaned toward the HR position. But with two days to go, I turned it down; I couldn’t accept it while I had a sliver of hope at CNN. Several days later, I woke up from a nap with a missed call from Atlanta. The voicemail was from a producer at “CNN Newsroom,” asking for my résumé. A week later I did another interview, but this time I was ready. I answered confidently as I paced through an empty hallway in Ives Hall. At the end of the conversation, she said the words I’d been longing to hear: “I’m offering you the position as a ‘Newsroom’ intern.”