Cornell’s responsibilities for public engagement date back just over 150 years to the Morrill Act of 1862. Rooted in a movement to establish agricultural colleges that began in the 1830s, the Morrill Act, sponsored by Justin Morrill of Vermont, provided for the establishment of institutions for the teaching of agriculture and the “mechanic arts” in states that had not seceded from the Union—with funding to come from the sale of federal lands.

The founders of the land-grant movement could not have imagined how their idea would alter the face of American higher education or how it would be embraced, interpreted, and extended to meet the needs of a changing nation and world. But the basic tenets of the land-grant movement—public engagement, liberal and practical education, and access to higher education—remain compelling for Cornell.

First, Cornell has always included public engagement in its mission. The University began to assist the state’s farmers even before the enactment of formal extension legislation, and today Cornell Cooperative Extension (CCE) “puts knowledge to work in pursuit of economic vitality, ecological sustainability, and social well-being” by bringing “local experience and research-based solutions together.” CCE celebrated its centennial in 2011, and it remains a very important part of what we do. 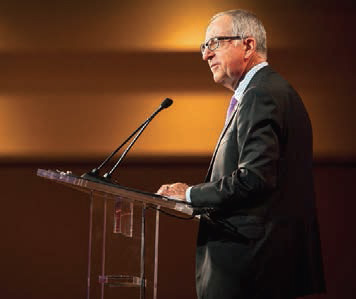 At the College of Veterinary Medicine, we operate one of the most comprehensive veterinary diagnostic laboratories in the country, in partnership with the New York State Department of Agriculture and Markets. Keeping our food and fiber animals disease-free and safe for consumers is a critical need, and because diseases can move ever more easily across state and national borders and between animals and humans, the Animal Health Diagnostic Center serves all fifty states and several other countries.

Our newest endeavor, Cornell Tech—the graduate-level applied sciences campus that we are developing in New York City in partnership with Technion–Israel Institute of Technology—represents a new level of public engagement in the “mechanic arts.” Our first class of computer science graduate students began their programs in January. The tech campus is a terrific opportunity to create a model institution for twenty-first-century higher education in the applied sciences, contribute to the pool of STEM talent, strengthen the links between high-tech research and entrepreneurship, and help make New York City a world center for high-tech enterprises.

Second, the Morrill Act explicitly instructed the land-grant colleges to “promote the liberal and practical education of the industrial classes in the several pursuits and professions in life.” In keeping with that mandate, our public engagement initiatives span the University—from the Einaudi Center for International Studies to the Johnson Art Museum to Weill Cornell Medical College.

The Cornell Public Service Center and the new Engaged Learning + Research office directly integrate service learning with the University’s academic mission, reaffirming the transformative connection of education and social needs. Cornell is poised to become a champion of engaged teaching, learning, and scholarship, and to take the lead among its peers, as higher education addresses the profound challenges of the twenty-first century.

A third aspect of the Morrill Act remains relevant today: its focus on making higher education available to eager learners, regardless of their economic circumstances. Cornell has long had a policy of need-blind admissions and need-based financial aid, and we are proud that we ranked ninth in economic diversity (in a tie with Rice) among top-ranked national universities in the 2013 U.S. News & World Report assessment.

Public engagement at Cornell today is not just your great-grandparents’ land-grant mission. It is a lot more. It’s about technology transfer and STEM education. Life sciences and the arts. Service-learning and international education. It happens every day on campus, in Cornell Cooperative Extension offices across the state, and now at the tech campus in New York City. And it’s changing as rapidly as the needs of our communities, our state, the nation, and the world. I have no doubt that we will continue to extend our public engagement into areas where it is needed most.