Since graduating in 1962, I have served fifteen years on the Cornell Alumni Magazine Committee, the last five as chairman. It has been the most rewarding—and most frustrating—volunteer work I have done as an alumnus. 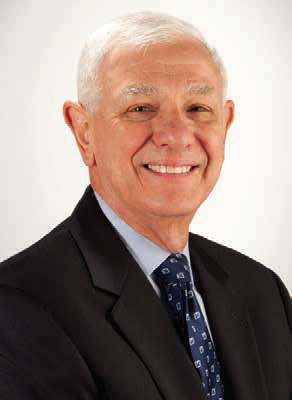 In my first tour, from 1987 to 1996, the focus was on improving the magazine’s editorial content and design, which was accomplished by talented new editors and resulted in award-winning journalism that continues to this day. In my current tour, which ends this June 30, the emphasis has been on adapting the magazine for the digital age, strengthening the oversight committee, and developing a strategic plan. This, too, has been done. In addition to print, CAM is now available on its own website, in a state-of-the art digital edition, and via apps for the iPad, iPhone, and Android. The committee includes members who have enjoyed distinguished careers at the New York Times, USA Today, Time Inc., Dow Jones, Bloomberg, and Ziff Davis, and it has a formal three-year plan.

Despite this progress, however, the ultimate goal of getting the six-times-a-year print edition into the hands of all living alumni continues to elude us. With a current print circulation of 25,000, the magazine reaches only 11 percent of the alumni for whom the University has good addresses. While digital usage continues to grow, our print circulation is the lowest in the Ivy League. By comparison, Harvard Magazine has a circulation of 244,000 and Yale Alumni Magazine 133,000. Both are owned by nonprofit organizations and, like Cornell Alumni Magazine, are independent of the institutions they cover, even though they receive annual subsidies to support distribution.

Founded in 1899, CAM is owned and published by the Cornell Alumni Association, a nonprofit corporation, and since its inception has been editorially independent. Its mission is to keep alumni and the broader Cornell community informed about the University by providing the highest quality coverage. Jim Roberts ’71, editor and publisher since 2000, likes to describe the magazine’s journalistic approach using a term coined by one of his predecessors, John Marcham ’50: “sympathetic objectivity.”

Therein lies the problem. While the University has helped CAM by making office space available, providing the staff access to its benefits plan, and subsidizing the new digital edition, it has repeatedly refused to provide financial support to expand the print edition’s reach. University officials have asserted that it makes little sense to invest in expensive print in a digital age, even though University-wide and college promotional publications seem to sprout monthly and flood the mailboxes of alumni.

Like several of my predecessors, I believe the biggest stumbling block has been CAM’s historic independence and the University’s unwillingness to make a major investment, even one that holds out the prospect of significant returns, in a publication it doesn’t control and that occasionally offers perspectives that diverge from the official line. As former CAM Committee chairman Aric Press ’71 said so well in this same space seven years ago: “What Cornell doesn’t control it doesn’t want to circulate.”

Yet a well-reported and well-written print magazine is an effective means of re-engaging tens of thousands of alumni that have had little or nothing to do with the University since they received degrees. There is even research showing that magazine readers are more likely to support Cornell financially than nonreaders.

“I cannot understand the resistance to providing the magazine to all alumni for free,” observes Larry Eisen ’66, another former chairman. “This is so shortsighted. The magazine is the best development piece that comes out of Ithaca. I know that is not its purpose but that is the fact. . . . Whatever the cost of sending it to all alumni would quickly be offset by a rise in donations.”

Given the growing national debate over the role, cost, and financing of higher education in America, such a move would be especially timely. But after years of fruitless discussions between CAM and the University administration, a decision would have to be made at the highest level—by President David Skorton and Chairman of the Board Robert Harrison ’76, both of whom are well acquainted with CAM’s quality journalism. President Skorton contributes a column to every issue, and Chairman Harrison sat for an insightful in-depth interview with Jim Roberts, which was published in the January/February 2013 issue.

After many years of CAM service, I am convinced Messrs. Skorton and Harrison could strengthen the University by expanding the reach of Cornell Alumni Magazine—a step long overdue.