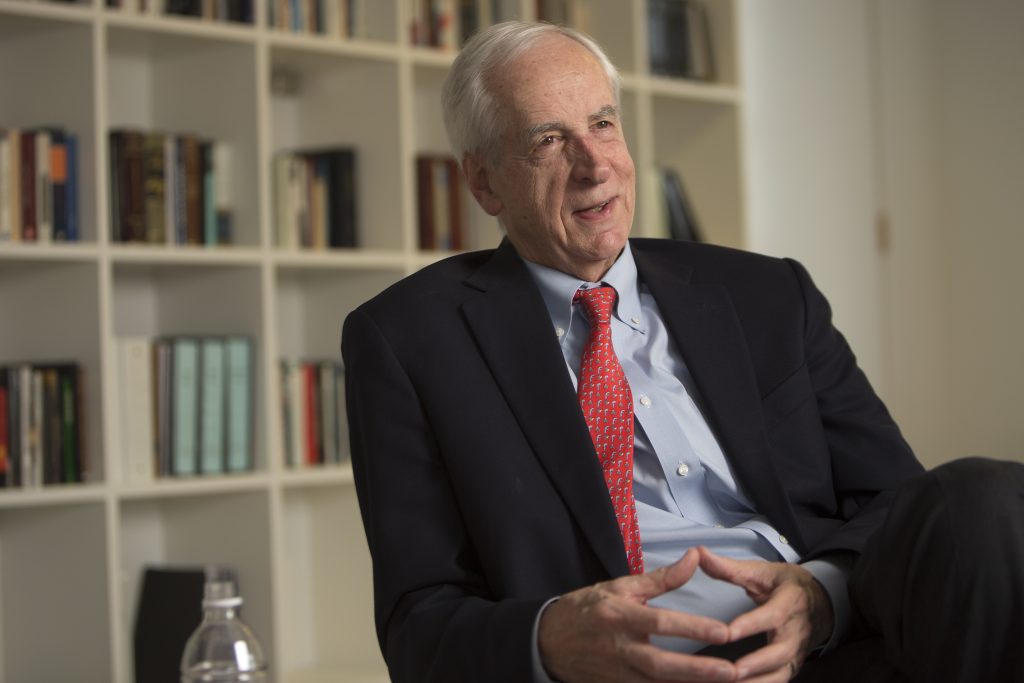 In mid-November, the Board of Trustees unanimously elected Martha Pollack the fourteenth president of Cornell University, and she is going to be a great fit.

As provost of the University of Michigan—a top research university even larger than Cornell, and comparably complex—Martha has distinguished herself as knowledgeable, effective, and bold, while also exemplifying the highest standards of integrity.

Having combined a background in linguistics with computing and information science to inform her research and teaching, she knows firsthand the power of interdiscipli­nary work. In 2009, as the Gerard Salton Lecturer at Cornell, she spoke about “computing outside the box” and the need to make computer science even more interdisciplinary. She carried out that vision as dean of Michigan’s School of Information, where among other accomplishments she launched an undergraduate major in informatics, administered by both the university’s College of Engineering and its College of Literature, Science, and the Arts. 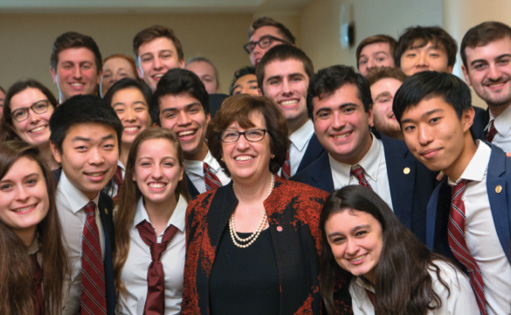 Martha’s research on artificial intelligence is exactly the kind of “radical collaboration” that is a hallmark of some of the most exciting research being carried out at Cornell. Moreover, in the design of intelligent technology to assist people with cognitive impairment as an area of special interest and expertise, she also exemplifies the University’s long-standing commitment to advancing discovery and using knowledge to serve the public good.

As provost at Michigan, Martha launched several large-scale interdisciplinary initiatives that spanned the Ann Arbor campus, including inter-professional health education, research on poverty alleviation, and the Humanities Collaboratory, which encourages scholars to experiment with team-based approaches to their research, to develop strategies for engaging the public with humanistic scholarship, and to devise innovative teaching methods.

Martha is a champion of diversity, equality, and inclusion—values that resonate deeply at Cornell. In 2007, while professor and chair of Electrical Engineering and Computer Science and chair of the Division of Computer Science, she earned the University of Michigan’s Sarah Goddard Power Award for her efforts to increase the representation of women and underrepresented minorities in science and engineering, and as provost she has continued to promote diversity across all dimensions.

In 2014, Martha joined the steering committee of the Jacobs Technion–Cornell Institute at Cornell Tech, and as president of the University she will be uniquely qualified to oversee the opening of the Roosevelt Island campus and to capitalize on the opportunity to make Cornell Tech a major new player in the life of New York City.

Although Martha is still fully engaged with her responsibilities at Michigan, she visited Cornell Tech, Weill Cornell Medicine, and the Ithaca campus in November, getting to know some of our faculty, students, and key administrative leaders. She fully grasps the advantages of connecting all three campuses.

In short, Martha Pollack is precisely the right person to lead in all the areas important to Cornell’s future. Elizabeth and I have spent time with her and her husband, Ken Gottschlich, during their visits, and we can attest that they are not only accomplished and principled, but also warm and lively. We like them immensely, and we think you will too.

We wish Martha and Ken an easy and enjoyable move, and we are eager to help them get off to the best possible start.