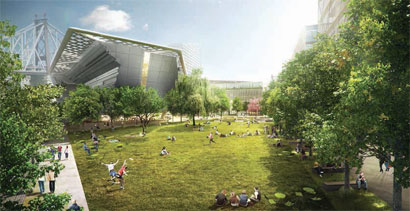 Cornell NYC Tech has released preliminary renderings of its first academic building, planned as a net-zero energy structure. “Just as Cornell Tech will be pioneering new approaches to graduate research and education,” says Dean Daniel Huttenlocher, “our campus won’t look like any other university campus that exists today.” With an eye toward creating a sense of openness and connection to the community, the campus is planned to have such elements as a pedestrian walk with views of the Manhattan and Queens skylines and an esplanade with extensive green space. The inaugural academic building will feature expansive windows offering dramatic city views and a large public café on the ground floor. Construction is expected to begin in 2014, with the project’s first phase—which also includes an executive education center with hotel facilities and a residential building for students, faculty, and staff—set to open in 2017. Last fall, the campus received its first endowed professorship, established by a $5 million gift in memory of real estate developer Robert Tishman ’37.

When Hurricane Sandy struck New York City, it caused upheaval in the lives of some Cornellians—and spurred many others to acts of generosity. The storm displaced numerous alumni, staff, and students living in the metro area, prompting some to take refuge at the Cornell Club on East 44th Street, either as overnight guests or simply in search of a phone charge and a cup of coffee. Flooding, power outages, and severe weather caused class cancellations or relocations for students in such programs as Cornell Financial Engineering Manhattan, Urban Semester, NYC Tech, and the Medical college. Cornell Cooperative Extension lost power in several of its offices—and some of its staff members lost their homes. As President David Skorton wrote in a message a few days after the storm: “This has been a life-changing event for many Cornellians and their families and friends.”

The hurricane’s aftermath saw an outpouring of support from Cornellians throughout the Northeast. Students organized trips to help with cleanup in heavily damaged areas like the Rockaways and Staten Island; the men’s lacrosse team raised more than $25,000 for the American Red Cross through a bench-press marathon; a regularly scheduled sightseeing outing from Ithaca to Manhattan became a relief trip, with the coach loaded with clothing, food, water, toiletries, and more. Sandy also prompted the University, and many other schools, to extend its early decision deadline by five days to accommodate applicants affected by the storm.

With several city hospitals still shut even weeks later, the emergency room at NewYork-Presbyterian Hospital/Weill Cornell Medical Center found itself in high demand, prompting it to set up improvised patient-care areas in its atrium. The New York Times reported that with a 25 percent increase in ER visits, the “stretchers holding patients have been lined up like train cars around the nursing station and double-parked in front of stretcher bays.”

President Skorton has accepted the recommendations of a task force charged with exploring ways to end hazing in the Greek system. It was formed in response to Skorton’s challenge to “end pledging as we know it” following the death of George Desdunes ’13, which occurred after a night of heavy drinking during a fraternity ritual. “The recommendations in the report constitute important first steps toward eliminating the power differential that exists between members and initiates in the period between the acceptance of bids and formal induction,” Skorton said, “a period that in the past has produced hazing.”

The new rules include requiring approval for orientation events, shortening the orientation period, increasing alumni involvement, posting public notice of infractions, and transitioning from a pledge model to a membership development model that “focuses on the organization’s core principles and extends through graduation.” This spring, the University will consider other proposals, such as requiring live-in advisers in chapter houses; more work, such as establishing academic standards for the Greek system, is planned for 2014–15.

In November, the University announced that three chapters—Acacia, Pi Kappa Phi, and Tau Epsilon Phi—have been put on interim suspension due to allegations that include hazing and high-risk drinking. “The University has no tolerance for behavior that places the health of any member of the Cornell community at risk,” says vice president for student and academic services Susan Murphy ’73, PhD ’94. “We also must address organizations that repeatedly disregard the rules and expectations. It is the University’s responsibility to hold the organizations accountable for such actions when they do not hold themselves accountable.”

This spring, Cornell will launch a University-wide business minor open to all undergrads. It will require introductory courses in statistics and macroeconomics as well as at least twelve credits in such subjects as management, marketing, accounting, and finance. Students are expected to declare the minor between freshman year and their sixth semester. 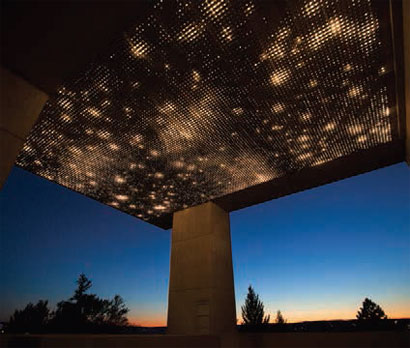 A recent doctoral alumnus visiting from Los Angeles died in early December after an accidental fall from the Cascadilla Creek gorge trail. The body of thirty-two-year-old Alan Young-Bryant, who earned a PhD in English language and literature in 2011, was found at the bottom of the gorge by a dog walker the morning after he was reported missing by his girlfriend, a grad student who’d just successfully defended her PhD thesis. The couple had been celebrating at the Chapter House but left separately, and when he failed to return to their downtown hotel she called the authorities. Young-Bryant’s adviser, English professor Jonathan Culler, called him “a brilliant young scholar with broad literary interests who completed a remarkable dissertation on Victorian poetry.” An undergrad alumnus of Tufts University, Young-Bryant was working as an associate at an investment management firm.

Green revolution: Students cramming during finals week got a taste of spring in Mann Library, where design and environmental analysis major Gilad Meron ’12 spearheaded a project to create a pocket of green space—including plants and sod surrounded by comfy chairs—in the lobby.Lindsay France/UP

In November, Chief Investment Officer A. J. Edwards announced that the value of Cornell’s long-term investments (LTI) was $5.23 billion on June 30, 2012. This represented a drop of 2 percent from the end of the previous fiscal year, when the LTI—which includes the endowment and two smaller funds—had a year-end value of $5.35 billion.

The net value of the endowment is determined by adding the value of investment returns and gifts received and then subtracting the payout, which supports operations and financial aid. This year, the University had a positive investment return of only 0.14 percent—which, even with more than $100 million in gifts, was not enough to offset the payout; thus the decrease in net value. Cornell was in good company, as Harvard had previously announced a negative investment return and a 4 percent drop in its endowment, representing a loss of $1.3 billion. Yale and Princeton also reported declines in the net value of their endowments.

The Johnson Graduate School of Management has jumped six spots in Bloomberg Businessweek’s rankings of business schools. The school, rated thirteenth on the previous list (2010), is now number seven. It received an A-plus grade in all five categories the magazine considered: career services, teaching quality, critical thinking, leadership skills, and caliber of classmates.

Two seniors are among the winners of 2013 Rhodes Scholarships, which support two years of graduate study at Oxford. Kit Dobyns of Maryland is an Africana studies major with minors in inequality studies and law and society; he plans to pursue a master’s in refugee and forced migration studies. Dobyns is a member of the Cayuga Heights Fire Department and a co-founder of Encore Planet, a company that makes solar-powered lights out of plastic bottles for people in the developing world. Daniel Young, a Virginia resident who plans to study philosophy at Oxford, is a philosophy major with a minor in South Asian studies. He’s a College Scholar, a Cornell Prison Education Program volunteer, a backpacking guide with Cornell Outdoor Education, and a singer in the Glee Club. 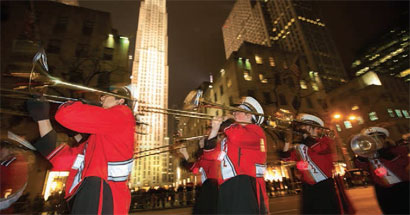 After the Big Red played Columbia in football in mid-November, Cornellians in New York celebrated the fortieth Sy Katz ’31 Parade. Held every other year, the parade is known as the city’s shortest—running just three blocks down Fifth Avenue, from Rockefeller Center to the Cornell Club. The event was led by grand marshals Cathy Dove, MBA ’84, and Dan Huttenlocher, heads of Cornell NYC Tech. 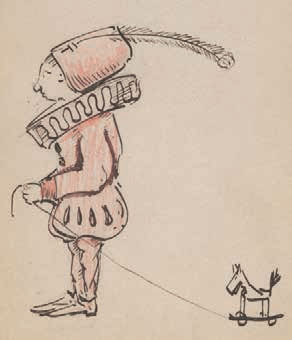 An illustration by Hendrick van Loon 1905 is part of “Wardrobes and Rabbit Holes: A Dark History of Children’s Literature,” through March 22 in Kroch library.Division of Rare and Manuscript Collections/Carl A. Kroch Library /Cornell

The Human Ecology Building is now home to a time capsule set to be opened in 2065, the bicentennial of Cornell’s founding. Made of aluminum with a geometric design, the capsule is visible under glass inset into the lobby floor. It contains items meant to capture current students’ social and academic lives, including receipts from Martha’s Café, course syllabi, faculty-written books, fashion magazines, cell phones, USB drives, and even the Twilight novels.