For a Big Red Icon, It’s the End of the Road 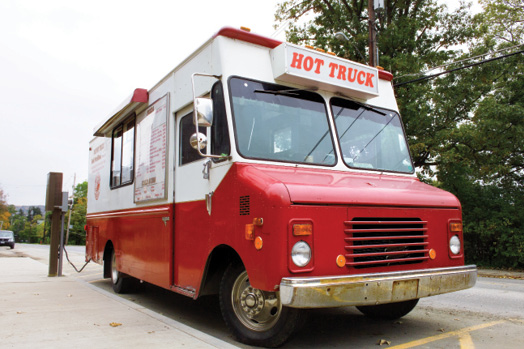 The Hot Truck’s reign as a campus landmark has come to an end. Established more than half a century ago and beloved by generations of Cornellians, the four-wheeled purveyor of French bread pizzas was absent from its familiar spot on Stewart Avenue all of fall semester. According to Chuck Dong, owner of Shortstop Deli—the downtown Ithaca eatery that took over the truck from founder Bob Petrillose in 2000—the decision to cease operations was purely economic: the Hot Truck had consistently lost money in recent years.

Why? Dong attributes the downturn, in large part, to some logistical changes to undergrad life. For decades, many freshmen lived in West Campus dorms; with the Hot Truck essentially in their front yard, it became a key part of their Cornell experience that they’d revisit throughout their time on the Hill. But once freshmen were required to live on North Campus, they were much less likely to pick up the Hot Truck habit. And to make matters worse, the new West Campus living-learning residences face away from Stewart Avenue, so the truck’s parking spot is behind them. “They always say ‘location, location, location,’ ” Dong says. “Geographically, our location has disappeared, and so has our customer base.” Another blow: the fire that destroyed the nearby Chapter House in 2015, erasing a dependable source of late-night foot traffic and potential customers.

But for fans of the PMP and other cheesy delicacies, all is not lost. A half-dozen of the truck’s core items have long been on the menu at Shortstop (available, Dong points out, 24/7 and indoors); with the blessing of the Petrillose family, he plans to add more Hot Truck fare. And while he can’t guarantee that the vehicle itself will make an appearance at Reunion—it’s currently garaged and in need of repairs—he says Shortstop will continue to supply French bread pizza platters to the class tents. “The Hot Truck,” he says, “is a very important legacy.”

CALS researchers report that by adjusting natural management practices to increase carbon storage, annual greenhouse gas emissions from all U.S. vehicles could be absorbed by forests, wetlands, and farm lands—erasing a fifth of all such pollution.

Through genetic analysis, ornithologists have discovered that a male bird (right) found in Pennsylvania is a rare combination of three warbler species: the golden-winged, blue-winged, and chestnut-sided varieties. They theorize that such hybridization may happen more often as warbler populations decline, reducing the pool of potential mates.

The Medical College has won a five-year, $9 million grant from the National Cancer Institute to study why patients with mantle cell lymphoma—an aggressive and incurable form of non-Hodgkin lymphoma—initially respond to treatment but then relapse.

Graphic images on cigarette ads depicting physical damage from smoking are more effective at deterring kids from the habit than the current, text-only “surgeon general’s warning.” As communication researchers found in a study of 474 middle schoolers, the shocking visuals counteract the effects of ads designed to make smoking seem cool and fun. 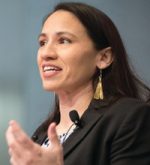 Of the nine alumni who ran for Congress in the November midterms, five were victorious. The winners were four Democrats—incumbents Katherine Clark, JD ’89 (Massachusetts), and Kurt Schrader ’73 (Oregon) and freshman representatives Sharice Davids, JD ’10 (Kansas), and Elissa Slotkin ’98 (Michigan)—and one Republican, Dan Meuser ’88 (Pennsylvania). Davids (right) is the first openly gay Kansan, and one of the first two Native American women, elected to Congress.

Loving House, Cornell’s long-planned LGBTQ living-learning unit, will open next fall in Mews Hall on North Campus. According to its website, the residence will be “accessible to all students, regardless of sexual orientation, to create a positive atmosphere of dialogue and exchange between queer and non-queer communities,” with the aim that “such interaction would aid in dissolving barriers, shattering stereotypes, and increasing awareness, communication, and understanding.” 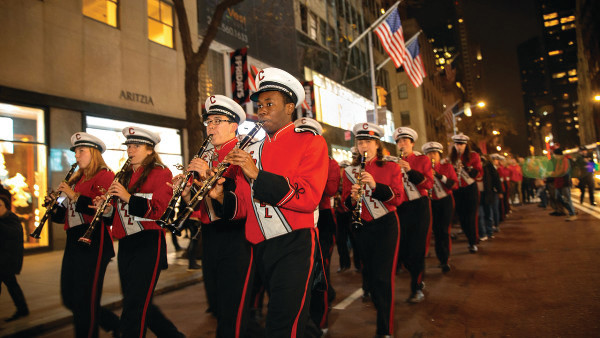 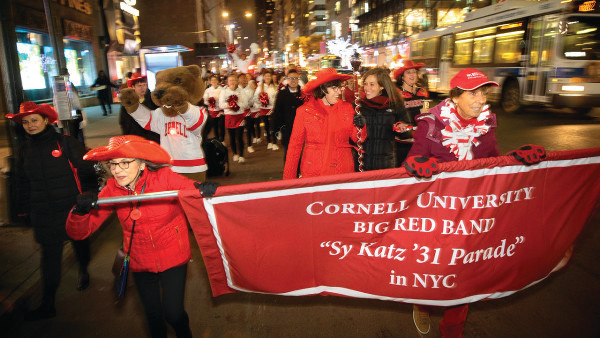 CU IN THE CITY: The biannual Sy Katz ’31 Parade, which marched down a short stretch of Manhattan’s Fifth Avenue in November, brought Big Red spirit to the Big Apple.

Several swastikas found on North Campus before the Thanksgiving break stoked concerns about anti-Semitism at Cornell. Two were found in freshman residence halls, while a third was drawn in the snow; the culprits have not been identified. In an e-mail to students, faculty, and staff, Vice President for Student & Campus Life Ryan Lombardi denounced the hateful graffiti. “I specifically want to acknowledge and affirm our support for the Jewish members of our community who have faced the impact of anti-Semitism nationally and, unfortunately, now locally as well,” he said. “It is our shared responsibility to denounce such cowardly acts.” 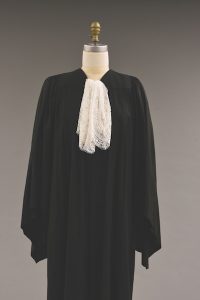 That two decorative collars worn by Supreme Court Justice Ruth Bader Ginsburg ’54 over her judicial robes are on display on campus? They’re included in a Human Ecology exhibit, running through March as part of the Cornell Council for the Arts Biennial, that explores women’s empowerment through fashion. 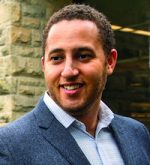 Ithaca mayor Svante Myrick ’09 (right), named one of the world’s 100 most influential young people in government by Apolitical, a global network for public servants.

The Cornell Club of Thailand, which won the University’s inaugural Lingua Mater Competition. Entrants had to translate the Alma Mater into their native tongue, perform it, and submit a video. 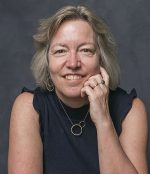 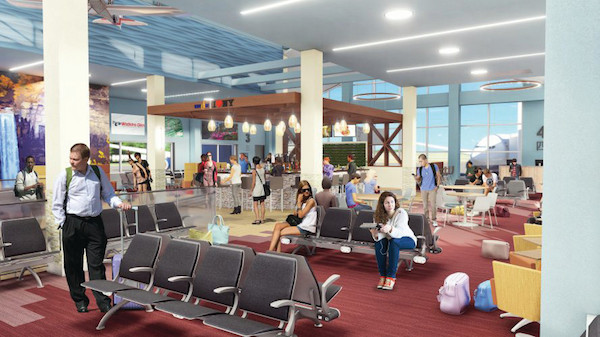 A $24.7 million renovation and expansion of the Ithaca airport is currently under way. New York Governor Andrew Cuomo attended a groundbreaking in October to kick off the project, which will include six new departure gates, a revamped security checkpoint, and the addition of a customs facility that will allow the arrival of international flights. The project (seen above in a rendering) is aimed to be completed by the end of this year.

It was almost hard to believe this wasn’t written by some Hollywood writer to put the perfect amount of delay in there, so that everybody sat on the edge of their seat.’

— Don Banfield ’87, a co-investigator on the science team for NASA’s InSight mission, on waiting to hear that its spacecraft had successfully landed on Mars