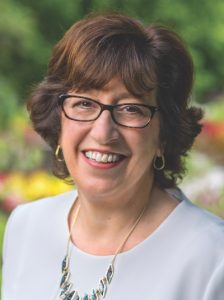 The day Cornell University opened in 1868, its campus was little more than a nineteenth-century construction site, perched on the side of East Hill amidst the cornfields of Ezra Cornell’s farm. The 412 students who formed its inaugural class had earned that privilege by passing entrance exams in spelling, grammar, arithmetic, and geography just two days earlier. Now, they slogged en masse up an unpaved Buffalo Street, boots sinking in the autumn mud. When they reached the new campus in the chill of an Ithaca October, half were assigned housing in what is now Cascadilla Hall, while the other half were dispatched across the fields to what is now Morrill—despite the fact that the new building, due to a shortage of hinges, still had no doors.

It’s fascinating to look at old photographs of a Cornell that is so unlike the one we now know. Some of the buildings are the same, some of the landmarks recognizable; we find our bearings by the view of the lake, the face of the clock tower, the paths of the Arts Quad. Yet the photographs in this issue show only one dimension of over a century and a half of change, evolutionary and revolutionary, at Cornell. So much more lies unseen behind those images: the changes in the lives of students and faculty, of academia, of the nation and the larger world.

It is easy, and sometimes tempting, to wax nostalgic for earlier times. But few of us would readily return to the days when all student women were required to live on campus with enforced curfews—and nearly all men, without campus housing, trudged up the hill from their downtown lodgings each morning. And even though many of today’s students would be delighted to revert to 1950s-era rules allowing beer on Schoellkopf Field, fewer would be happy to trade in their laptops for the manual machines that were then supported by Cornell’s University Typewriter Division.

Many of the changes at Cornell, as at most universities, have mirrored larger shifts in technology, in society, and in academic and public priorities. Our Department of Journalism gave way to our Department of Communication; the College of Home Economics is now the College of Human Ecology. Today, we have world-class departments in fields undreamt of by the University’s founders, such as computer science, aerospace engineering, and over 100 other areas of study, along with an entirely new Cornell Tech campus in New York City.

“Any person, any study” is both Cornell’s guiding principle and our aspirational goal—one that we have continually striven toward throughout 153 years of constant change. “Any study” has never meant “every study,” a practical impossibility on any campus bound by space, time, and finite resources. It means that we embrace fields of inquiry that range from traditional liberal arts to applied professional study, welcoming without prejudice any area of human knowledge that can be studied and taught, according to the decisions of the faculty and the needs of the time.

Similarly, “any person” has never meant “every person”: we couldn’t possibly admit all of the tens of thousands of students who apply each year. It means that today, as in 1868, we are open to students regardless of race, gender, sexuality, national origin, or social background. Women at Cornell now out-enroll men, a far cry from the days when their numbers were limited by available on-campus housing. Our student body is more diverse than ever, with 48 percent of first-year students identifying as people of color.

Yet much progress remains to be made. Thanks in large part to our alumni, we are moving steadily ahead in making Cornell not only more diverse, but more inclusive and accessible—a place that reflects Ezra Cornell’s founding vision of a truly American university, where students of all backgrounds are welcome, and thrive.