Signs of spring: Students on the Arts Quad. The cost of endowed tuition will rise 4.5 percent.

The Board of Trustees has approved a 2013–14 budget that includes an across-the-board-tuition increase of $1,945 for undergrads. That represents a 4.5 percent hike in the endowed colleges—and 7.2 percent for New York residents in the statutory schools. For endowed students (and out-of-staters in the statutory colleges), tuition will rise from $43,185 to $45,130; in-state statutory tuition will go from $27,045 to $28,990. Costs such as housing, dining, and activity fees will stay the same. For endowed students, the cost of a Cornell education—room, board, tuition, and fees—will total $58,987.

Freshman applications hit a record high of 40,006 for the Class of 2017—a 5.8 percent increase over the previous year. In late March, 6,062 students got acceptance letters for an admittance rate of 15.2 percent (compared to 16.2 percent the previous year); 3,142 were offered spots on the wait list. The admitted students represent all fifty states and eighty-two countries. 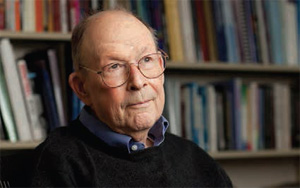 Nobel laureate Robert Richardson died in February of complications from a heart attack. He was seventy-five. A faculty member since 1968, Richardson held the Floyd R. Newman professorship in physics, served as the first vice provost for research, directed the Laboratory of Atomic and Solid State Physics, and founded Cornell’s Kavli Institute for Nanoscale Science, among other accomplishments. In 1996, he shared the Nobel Prize in physics (with David Lee, then a Cornell colleague, and former grad student Douglas Osheroff, PhD ’73) for a discovery that revolutionized low-temperature physics. Richardson is survived by his wife, retired physics senior lecturer Betty Richardson, a daughter, and four grandchildren.

You may watch the streaming video of Robert Richardson’s memorial on eCommons.

Newark Mayor Cory Booker will give the convocation speech during Commencement Weekend. Named one of Time’s 100 most influential people of 2011, the second-term Democrat has led New Jersey’s largest city since 2006. Says Convocation Committee chair Roneal Desai ’13: “As an innovator in how government officials can engage citizens, a living representative of success through meritocracy, and a rising young leader in our generation, we couldn’t think of a better candidate to address our class before we begin our post-Cornell lives.”

A senior has been suspended from the University after being accused of rape. Twenty-two-year-old Peter Mesko, a CALS student and varsity wrestler from Honesdale, Pennsylvania, was charged with first-degree rape in Ithaca City Court. He pleaded not guilty and is free on $5,000 bail. Mesko allegedly assaulted a female student who was asleep in the bedroom of a home where he and friends had been playing drinking games in the living room.

The automatic federal budget cuts known as the sequester could cost Cornell as much as $28 million, the University announced in March. The majority of the losses would come in research funding via $24 million in cuts to granting agencies, some $8 million of it affecting the Medical college. Other losses could include $1.2 million in federal aid to Cornell Cooperative Extension as well as $1.2 million in Medicare reimbursement to the Weill Cornell Physicians Organization.

Cornell’s PhD programs in English language and literature, as well as six of its graduate engineering fields, made the top ten in the latest U.S. News & World Report rankings. Other ratings included thirteenth for the Law School, sixteenth for the Medical college, and sixteenth for the Johnson School. In a separate survey, Bloomberg Businessweek ranked the Dyson School of Applied Economics and Management as the third-best undergraduate business school for the second year in a row. 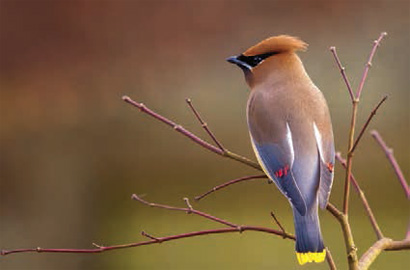 Feathered friends: The Lab of Ornithology’s Great Backyard Bird Count went global this year, with more than 25 million birds observed in 101 countries. The event included a photo contest, with top honors going to this image of a cedar waxwing.

Vice president for government and community relations Stephen Johnson has announced his retirement after forty years with the University. President David Skorton praised Johnson for his “exemplary service,” noting that “he has advocated for effective legislative action to help support the educational, research, health care, and public engagement missions of Cornell and others in higher education and, in so doing, has had an enormously positive effect on us all.” Johnson will remain in his post until his successor is hired; at that time, Skorton says, Cornell will reorganize its external relations structure. American studies professor Glenn Altschuler, PhD ’76, a University dean, will relinquish his post as vice president for university relations; that title will go to Johnson’s successor, who will oversee all external relations and report directly to Skorton. 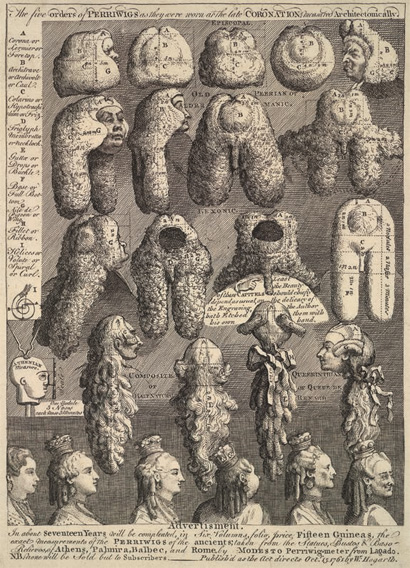 Mane event: The Five Orders of Periwigs, a 1761 etching by William Hogarth, is among the works on display in “Hair: Untangling Roots of Identity.” The show, which runs through mid-July, was curated by art history students.

A professor of government and vice provost at the University of Texas, Austin, has been named the twenty-first dean of the College of Arts and Sciences. Gretchen Ritter ’82, BA ’83, a third-generation Cornell­­ian, will take office on August 1. She’s the college’s first female dean and the first hired externally. Ritter, who majored in government at Cornell and holds a PhD in political science from MIT, succeeds physicist Peter Lepage, who has served as dean since 2003.

In late February, an Architecture, Art, and Planning student was found dead of natural causes in his room in Watermargin Cooperative. Twenty-year-old sophomore Joseph Quandt was an urban and regional studies major from Solon, Ohio. “He was a gentle soul—bright and considerate, observant and gifted, an insightful friend of many in our program,” planning professor John Forester told the Daily Sun.

The University has opened a Muslim cultural center in Willard Straight Hall. The center, on the building’s second floor, was established in response to student requests. “While there was space in Anabel Taylor Hall for religious observance, they believed that there were kids on campus who were really cultural Muslims—they weren’t necessarily participating in Friday prayers, but had a strong interest in broadly celebrating Muslim culture,” says Dean of Students Kent Hubbell ’69. The center’s activities will include outreach to non-Muslim groups, mentorship, and connecting with alumni.

Former U.S. Surgeon General C. Everett Koop, MD ’41, died in February at the age of ninety-six. Appointed by President Ronald Reagan, Koop served from 1981 to 1989. He was known for battling smoking and raising awareness about HIV and AIDS prevention during the epidemic’s early days. Koop attended the Medical college after earning an undergrad degree from Dartmouth, now home to a healthy-living institute named in his honor.

Historian Fredrik Logevall, the John S. Knight Professor of International Studies, has been named Cornell’s new vice provost for international relations. Director of the Mario Einaudi Center for International Studies, Logevall will take office July 1. He succeeds animal science professor Alice Pell, who has served in the post since 2008. Provost Kent Fuchs called Logevall “a first-rate scholar of U.S. foreign relations, as well as a proven skilled leader in shaping the international dimensions of curriculum and interdisciplinary scholarship at the Einaudi Center.”

Three fraternities have been suspended—either by the University, their national organizations, or both—for alleged hazing incidents. They are Chi Psi, Sigma Nu, and Delta Phi (Llenroc). Chi Psi is officially on suspended status, while the other two are on interim suspension pending judicial review.