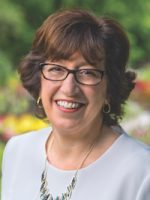 Cornell is unique among the Ivies in its status as a land-grant institution. While many people think of the University as having “private” and “land-grant” colleges, in  fact, all of Cornell is private (including the four statutory colleges we operate on behalf of New York State), and all of it is land-grant: a status we derive from our founding through the Morrill Land Grant Act of 1865.

Signed into law by Abraham Lincoln, the Morrill Act was a farsighted effort to expand educational opportunities across an ambitious and rapidly advancing society. Colleges at the time were mostly sectarian, catering to the sons of the privileged, and their curricula focused on the classics, with little emphasis on practical fields of study. But as America evolved from a predominantly rural, agrarian nation to one that was increasingly industrialized and urban, the need for a more educated population, able to meet the challenges of a changing world, became clear.

The Morrill Act was Congress’s answer to that need. It provided for “at least one college in each state where the leading object shall be, without excluding other scientific or classical studies, to teach such branches of learning as are related to agriculture and the mechanic arts [engineering]. . . in order to promote the liberal and practical education of the industrial classes.” Vitally, the stated goal was not simply to provide a technical education for America’s future workers, but to promote higher education, across all fields of study, in order to advance society at large. It was the beginning of the land-grant mission that has defined Cornell for 154 years: the combination of the theoretical with the practical, in pursuit of knowledge with a public purpose.

Since Cornell was chartered, “knowledge with a public purpose” has taken on many of the forms the Morrill Act’s architects planned, as well as many more they could never have dreamed. Our plant breeders have introduced more than 280 new fruit varieties, including sixty-six kinds of apples and more than thirty kinds of grapes. Today, nearly every Thanksgiving table in America is graced by turkeys improved by poultry breeding research at Cornell, just as lunchroom tables across America are graced by the humbler, but no less beloved, innovation of Professor Robert Baker ’43: the chicken nugget. The next time you drink a glass of milk, remember Alice Catherine Evans 1909, whose work in bacteriology led to the widespread pasteurization of milk. If you are at this moment reading CAM while enjoying the benefits of airconditioning, you can thank Willis Carrier 1901, who invented it. Gregory Pincus ’24 developed the oral contraceptive; Wilson Greatbatch ’50 designed the implantable pacemaker; Weill Cornell Medicine’s Dr. George Papanicolaou invented the Pap smear. And all over the world, people have been indebted to Harry Coover, PhD ’44, for his lasting contribution to both emergency medicine and emergency repairs: Super Glue.

The work of Cornellians has extended into nearly every area of human exploration and endeavor, from the very small to the impossibly vast: work with young children by Professor Urie Bronfenbrenner ’38 led to the Head Start program, while Professor Carl Sagan’s “Cosmos” became the most widely watched PBS series in the world. Cornellian creativity, whether in the form of the novels of Toni Morrison, MA ’55, the Pulitzer honored music of Professor Steven Stucky, MFA ’73, DMA ’78, or the classic The Elements of Style (by Professor William Strunk Jr., PhD 1896, and his student E.B. White ’21), has stirred the souls of countless readers and listeners, of every age and background.

Perhaps the most visionary element of the Morrill Act was the decision to place no limits on what could be taught at a land-grant institution, or who could learn at one. As a result, generations of students and scholars at Cornell have been able to learn, teach, create, innovate, and share—for themselves, and for the needs of their own times—knowledge for a public purpose.