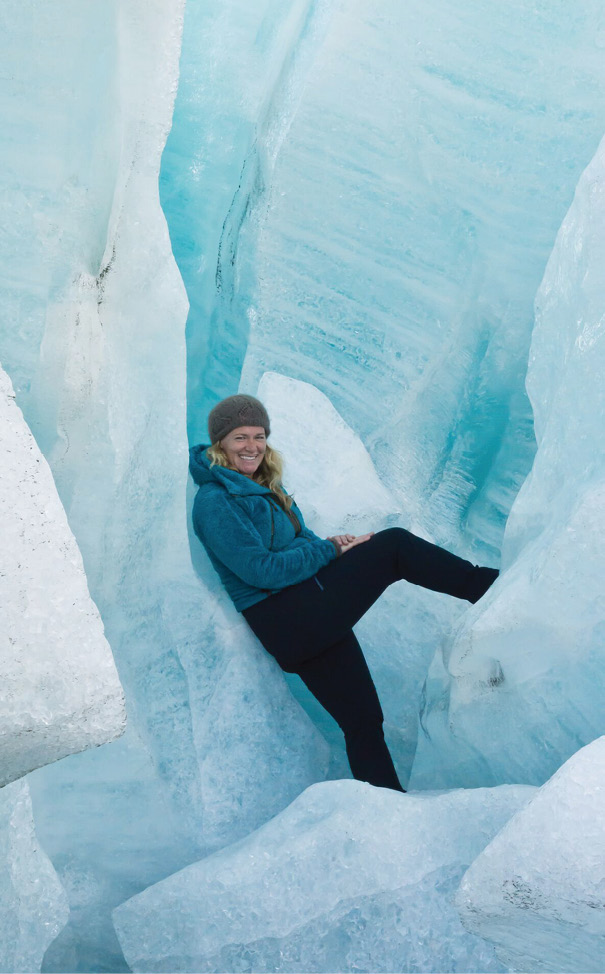 Trip leader Sarah Aciego ’99 on a glacier in Greenland

This fall, a group of eight people—three couples and two singles, hailing from New York, Vancouver, and various cities in between—spent a week exploring Iceland. They rafted through a glacial river’s rapids, crept through a lava tube cave wearing headlamps, and observed the wonder-inducing Northern Lights. One afternoon they were even treated to an impromptu physics lecture by their tour guide, who scrawled diagrams on the muddy back window of the group’s four-wheel drive truck to explain the relationship between stress vectors and glacial flows.

That guide was geologist Sarah Aciego ’99, who spent six years as an assistant professor at the University of Michigan before co-founding her travel company, Big Chill Adventures, with her photographer mom in 2015. Starting the business was a way for Aciego to get out of the classroom and back into nature, where she’s happiest. It was also a way for her to share the beauty of the cold and remote places where she has conducted most of her scientific research—like Iceland, Greenland, Alaska, and the Canadian Rockies—with people who might not otherwise travel there. “There’s a natural fear of the unknown, but I want to open up these locations, that are on the edge of normal travel, to everyone,” says the Wyoming-based Aciego, noting that her guests have ranged in age from seventeen to eighty-six. “I want to help people truly experience these places and the sense of wonderment that they can bring.” 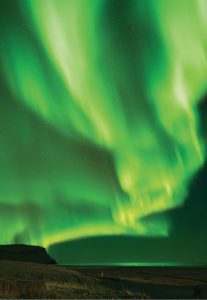 Dramatic views of the Aurora Borealis

For Aciego, who doesn’t have a background in business, starting a travel company has been less about realizing a dream and more about finding new ways to teach non-scientists about the natural world, in which she’s always been interested. This fascination began in her childhood in a New Hampshire town of 300, where Aciego’s happiest memories were made outdoors—investigating under rocks, climbing trees, and camping in the surrounding forests. After graduating from the Engineering college with a degree in geological sciences, she earned a PhD at the University of California, Berkeley, spending two seasons doing research in Antarctica. She’d go out onto an ice sheet, cut away hundred-pound samples to analyze, and later calculate the age of the sheet’s distinct layers—which get older as they go deeper, and represent a record of climate change.

During her years at the University of Michigan, Aciego found she felt most fulfilled when her research and teaching took her out into the field. She was struck by how much her students gained from those trips, on which they’d learn about glaciers and ice sheets by seeing them and walking out onto them. “People think ice sheets are like big ice cubes, but that’s not what they are at all,” Aciego says. “If you go to these places, you see that they’re not like ice melting in your sink; they’re the size of the Empire State Building.” Her future career crystalized in August 2015—when, on one of her first Big Chill trips, she tacked on an extra week to a research stint in Greenland to take two intrepid Ohioans to some of her data-gathering spots. “As we were driving up to the ice sheet for the first time, one of the guys asked, ‘What’s that?’ He thought it looked like a cloud, but I told him it was an ice sheet. He was in awe,” Aciego says. “He said, ‘It’s like a tsunami of ice.’ And he was right.” 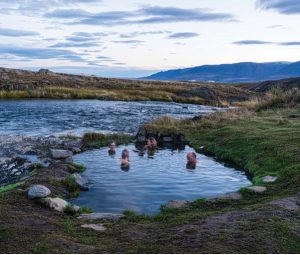 Aciego built the company around experiences like these, which differentiate Big Chill Adventures from the competition. Unlike other travel companies and cruise lines, Aciego doesn’t just offer daylong excursions to the most popular haunts, but builds itineraries around travelers’ interests and spends time in the more off-the-beaten-track places that she loves. Guests stay in family-owned hotels, eat the foods that locals do, and after a day spent hiking, relax with an evening soak in a hot tub. Outside of airfare and alcohol, the trips are all-inclusive and typically cost about $4,000 for a week.

Aciego is now booking small group and private trips, which resume in March and run through September. Although she isn’t currently able to take guests to Antarctica—which is only accessible to tourists via ship—she hopes to add it to the mix. She’s working with a Utah-based logistics company to bring tour groups out onto Antarctic ice sheets via helicopter, as scientists travel; lodging would consist of the type of double-walled, heated tents found in base camps. “The idea is to do something that’s as safe and comfortable as our other trips,” Aciego says, noting that such journeys are likely two years off. “This is the most remote place in the world. I want people to see how amazing it is and to experience something that is still wild.”