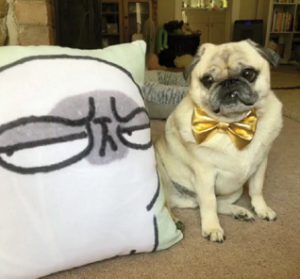 Talent manager Loni Edwards ’06 is at a café near her midtown Manhattan office on a July afternoon, getting ready for happy hour with a few New York City clients—all of whom are rising social media stars. First to arrive is Mochi, a sweet-faced pug whose antics are chronicled in cartoons drawn by his owner and posted online. Then there’s Louboutina, a golden retriever known for giving furry hugs to strangers on the street. Sprout, a Brussels griffon celebrated for his stylish wardrobe, stops by. So do the Lil Gremlins, a pair of palm-sized Chihuahuas who’ve come straight from a promotional shoot for the Blu-ray release of Wes Anderson’s animated film Isle of Dogs. There are barks of recognition, since some of the pups have met before; meanwhile, their human companions hug hello and sit on an outdoor patio to sip rosé. “We try to get together as much as possible,” says Edwards. “We think of ourselves as a big family.”

Edwards is the founder of the Dog Agency, which she touts as the first management company to focus exclusively on Internet-famous animals, otherwise known as “pet influencers.” Though most of her clients are canine—one headline described Edwards as “the Kris Jenner of Instagram dogs”—the agency represents an eclectic menagerie that also includes cats, pigs, bunnies, a chinchilla, an opossum, and two finger monkeys from Miami who count rapper Snoop Dogg among their one million fans. And just like the Kardashian clan—who’ve harnessed the power of social media to build a billion-dollar empire—popular pets bring in big bucks (often through product endorsements) because of the large, enthusiastic audiences they attract on Instagram, Facebook, YouTube, and other digital platforms. 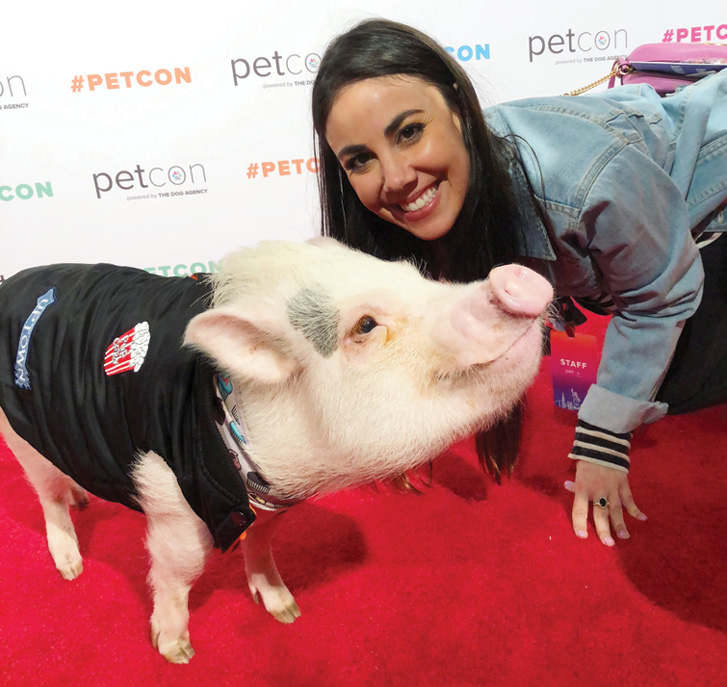 Edwards with one of her clients, a pig named Hamlet.Provided

How much an influencer makes ranges widely, but Edwards says that her top pets earn about $10,000 to $15,000 per sponsored post. And they’re not just pitching animal-related products; she has negotiated with all kinds of companies, from Disney and Dyson to Google and 20th Century Fox. (Atticus the Hedgehog, a prickly pet from New Jersey who loves pom-pom hats and long naps, has scored endorsements with Olympus cameras and Stainmaster carpet cleaner.) She has helped clients develop other revenue streams, too. Some have T-shirts and calendars. Others have landed modeling jobs, acting gigs, and book deals. Crusoe the Celebrity Dachshund, whose videos have been viewed more than one billion times on Facebook, is a New York Times bestselling author whose second book (Crusoe, the Worldly Wiener Dog) came out in October. Edwards is currently pitching networks on an animated series based on Tuna Melts My Heart, a Chihuahua-dachshund mix with an endearing overbite and 1.9 million Instagram followers. “There are a lot of variables,” says Edwards, “but there’s a lot of money that can be made.” 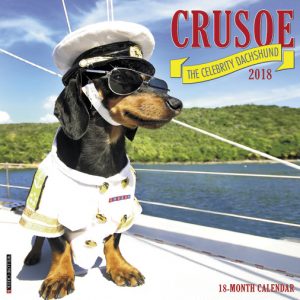 Crusoe the dachshund’s fame has sparked calendars and books.Provided

Indeed, according to the Association of National Advertisers, total spending on influencer marketing is projected to reach $101 billion by 2020. And animals often have a bigger impact than their human counterparts: recent research by influencer marketing platform Mavrck found that pet influencers engage with ten times as many users, with brands seeing up to 295 percent more comments on posts with pets. To Edwards, hiring a celebrity critter is a slam-dunk for a company. “A pet isn’t going to get drunk and say something offensive. A human influencer—you never know,” she says. “So they’re safe, they’re adorable, and they’re universally loved. It just makes sense as a marketing channel.”

An ILR alumna who grew up in Upstate New York, Edwards never expected to have this kind of career. She always wanted to be a lawyer, but after earning her JD from Harvard, she found she was unhappy at an L.A. litigation firm and quit after six months. She moved to Manhattan, where she created a fashion line that held a patent on adding phone-charging capabilities to handbags and other accessories. She also acquired a pet dog, a mini-French bulldog named Chloe, and started an Instagram account to share photos of her with friends and family. But Chloe quickly drew plenty of other admirers (she had 184,000 Instagram followers before passing away in fall 2017), and soon companies like PetSmart and the Ritz-Carlton hotel chain were calling. Other owners of celebrity pets learned Edwards was a lawyer and began asking for advice. She realized she could fill a niche—connecting brands to influencers and helping pet owners land deals, negotiate contracts, and build their businesses. “There was a need for a central hub to pull everything together,” she says. 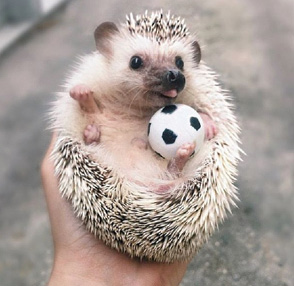 Lionel, one of the hedgehogs Edwards represents.Provided

So Edwards sold her fashion company and opened the agency in late 2015. Within six months, she had fifty clients; she now oversees a roster of 160 animals from all over the world. She’s selective, signing pets with slick, creative content and at least 50,000 followers on social media. “We look for people who have a strong brand already,” she says, “and we help them take it to the next level.” Edwards receives a standard commission, so she only makes money if her clients do—and she stresses that she never pushes owners to accept an offer if it doesn’t fit with their pet’s image. “Authenticity is extremely important,” she says. “You can’t promote one dog food today and another one tomorrow. You have to make sure it’s something you believe in and want to attach your name to. You have to think of the big picture.”

And Edwards has plans to expand her business. She created PetCon—a convention for animal lovers that features adoption opportunities, panels about topics like pet wellness, and meet-and-greets with influencers—which held its inaugural event in Manhattan last fall and expects 10,000 attendees this November. She hopes to bring PetCon to Los Angeles next year, with possible pop-ups in other cities. Edwards also recently teamed up with a New York City veterinarian to launch Wylde, an all-natural pet care line; a documentary series on the agency is also in the works. “This,” Edwards says with a smile, “is probably the best way I could ever use my law degree.”