A century ago—on December 1, 1918—Willard Straight 1901 died in France from complications of the Spanish flu, shortly after the armistice that ended World War I. Just thirty-eight, he left behind three small children and a heartbroken widow, who resolved to fulfill the charge he’d left her in his will. “My wife, Dorothy Payne Whitney Straight, is to be unrestrained in the possession and enjoyment of my entire property and estate,” the document read. “I nevertheless desire her to do such thing or things for Cornell University as she may think most fitting and useful to make the same a more human place.”

It was Dorothy, an heiress and member of the prominent Whitney family, who conceived the idea of a building dedicated to the nonacademic pursuits that enrich student life. Willard Straight Hall, one of the nation’s first student unions, opened in 1925. In the intervening decades, generations of Cornellians have gathered within the Straight’s Gothic walls of Llenroc stone to dine, meet, chat, perform, play, study, or just hang out. Along the way, they may have gotten glimpses into the man who made the building possible—most prominently, the advice to his son that’s carved over the Memorial Room fireplace. “Hold your head high and keep your mind open,” it reads in part. “You can always learn.”

Elaine Engst, MA ’72, the University’s archivist emerita, has done extensive research on Straight’s life. “I always thought he would make a great movie,” she says. “His story has everything.” The son of schoolteachers, Straight was born into modest circumstances in the Upstate New York city of Oswego in 1880. He was an orphan by age ten, both his parents having died of tuberculosis; he and his younger sister were then brought up by two single women (one was among America’s first female physicians) who were friends of the family. Brilliant and artistically talented but prone to mischief and insubordination, Straight was expelled from school at fifteen; after being accused of misbehavior in study hall, he vehemently denied it and refused to submit to a caning. His guardians sent him to military school—and surprisingly, he thrived there, even pondering West Point before matriculating at Cornell as an architecture student. “Devoted as he was to his work, it formed only a small part of Willard’s activities at college,” Herbert Croly, a journalist and friend, observed in his 1925 biography of Straight. “He entered enthusiastically into all the varied social and other activities of which an American college is so fertile a mother.”

Straight pledged Delta Tau Delta, living in its chapter house for most of his Cornell career. He did sketches for the Widow, a campus humor publication, and wrote articles for the Era, a weekly magazine, becoming its editor-in-chief his senior year. He served as art editor of the Cornellian, joined the Savage Club and Sphinx Head Society—and, if all that weren’t enough, he launched the precursor events of both Dragon Day and Slope Day. He was also, by all accounts, an all-around nice guy. “One of his classmates describes the final impression made by Willard Straight upon his college contemporaries as that of an admirable companion,” Croly wrote, “clean and whole-hearted in all his occupations and pleasures, and a salient, even a dashing personality.”

Despite his major, Straight seems to have seriously considered a career in architecture only briefly, if at all. After graduation—inspired by one of his faculty mentors and, as Engst wrote in the Cornell Chronicle, “embracing his own sense of adventure”—Straight spent the next decade in various positions in the Far East. They included working for the Chinese Imperial Maritime Customs Service, as a Reuters correspondent during the Russo-Japanese War, as private secretary to an American diplomat in Korea, as the U.S. consul general in Manchuria, and for a consortium of American bankers promoting investment in China. 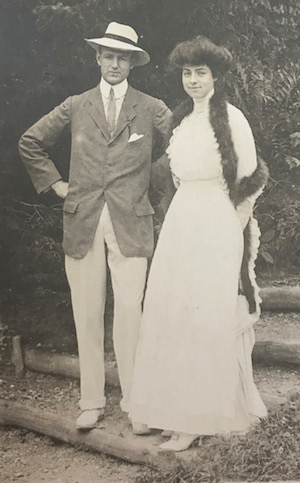 The happy couple shortly after their marriage.RMC

He and Dorothy met in 1909; he fell hard and avidly wooed her during a two-year courtship that mainly unfolded long distance, through letters and cables. (As Croly wrote: “Only by constantly communicating with her could he soothe his aching heart and render their separation tolerable.”) They married in Geneva, Switzerland, in 1911, spending part of their honeymoon on the Trans-Siberian Railroad to Peking, China, where they lived for six months but were forced to leave due to the revolution. Settled in New York, Straight worked for J.P. Morgan and then for the forerunner of the insurance giant AIG. He and Dorothy also devoted themselves to progressive causes, including co-founding the New Republic magazine with Croly. The couple had three children, all of whom would grow up to have extraordinary lives: Whitney, who became a Grand Prix race car driver and World War II flying ace; Beatrice, who won a Best Supporting Actress Oscar for the 1976 film Network; and Michael, a magazine editor and novelist who later in life confessed that he’d been recruited as a spy for the KGB during his student days at Cambridge.

When World War I broke out in Europe, Straight became involved with the movement to prepare America for what many saw as its inevitable entry into the conflict. Although he could have served his country in a diplomatic capacity, he insisted on volunteering for the Army; commissioned as a major, he went to France in 1917 to direct the Bureau of War Risk Insurance. As the war was ending in late 1918, he stayed in Paris to assist with peace negotiations, writing Dorothy to ask her to bring the children and join him. A guide to her papers in Kroch Library, compiled onto microfilm in 1981, sums up what happened next: “On November 17, 1918, Willard wrote, ‘Dear Beloved, are you coming? This is all I’m thinking of—I love you everywhere. Your Willard.’ It was his last letter to his wife. Willard Straight died of pneumonia on December 1, 1918, before his family could leave for France.”

Dorothy was devastated—and she channeled her grief into fulfilling one of Straight’s final wishes, carefully crafting her bequest to Cornell. “She actually did a lot of research,” Engst says. “She traveled around to other universities to see what they had—that’s where she came up with the idea for a student union.” Seven years after Straight’s death, Dorothy remarried, to another Cornellian: Leonard Elmhirst 1921, whom she’d met during the process of establishing her gift to the University, and whose insights helped her refine her vision for the building. (They ultimately relocated to his native England, where they restored a fourteenth-century estate, founded a progressive school, and had two children.) In The Straight and its Origins, published the year after his death in 1974, Elmhirst described Dorothy’s hopes for how the hall might serve the school that Willard had so loved. “Mrs. Straight visualised this building as a place where every student might begin to explore the ins and outs of his or her own make-up,” he wrote. “She knew well how the imagination can begin to bud, and to blossom, in the process of exploring friendships, at leisure or in private.”

When Henry Joe ’82 received his Nov/Dec ’18 Alumni Magazine, he sent us this collection of photos from his visit to the Suresnes American Cemetery and Memorial outside Paris, France, Willard Straight 1901’s final resting place. Cornellians Frederic Drake 1919 and Jesse Morse Robinson 1916 are also buried there. 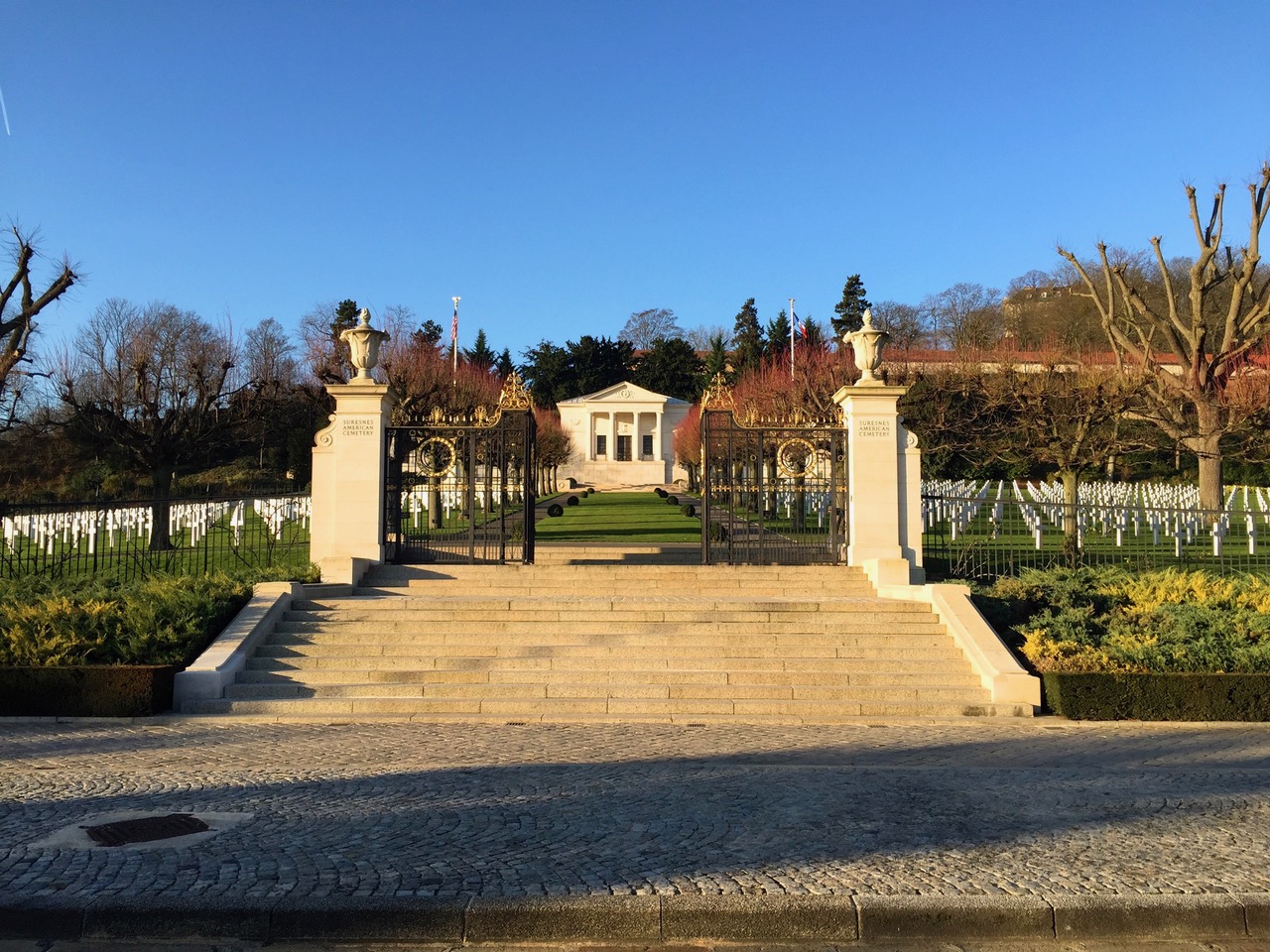 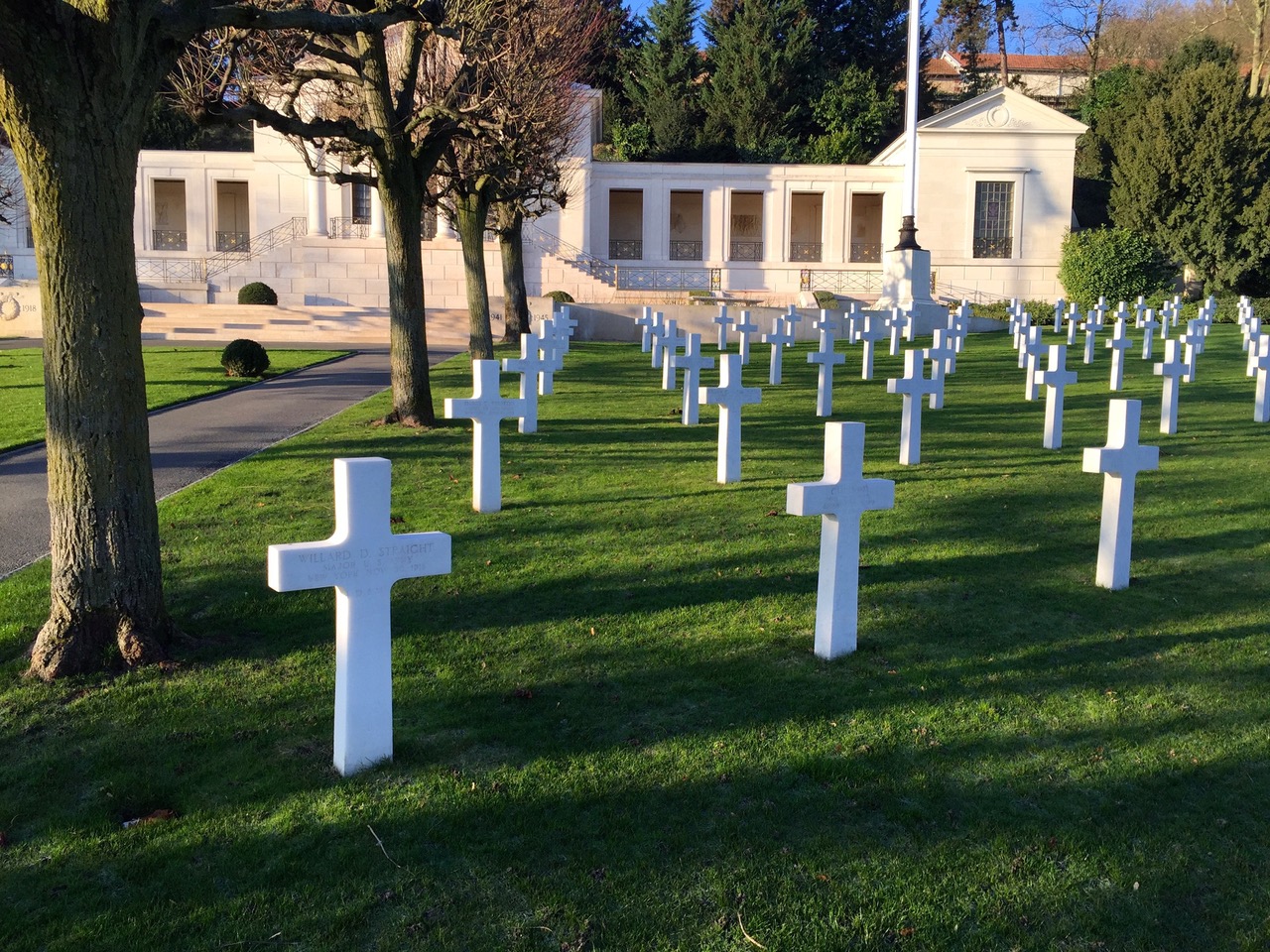 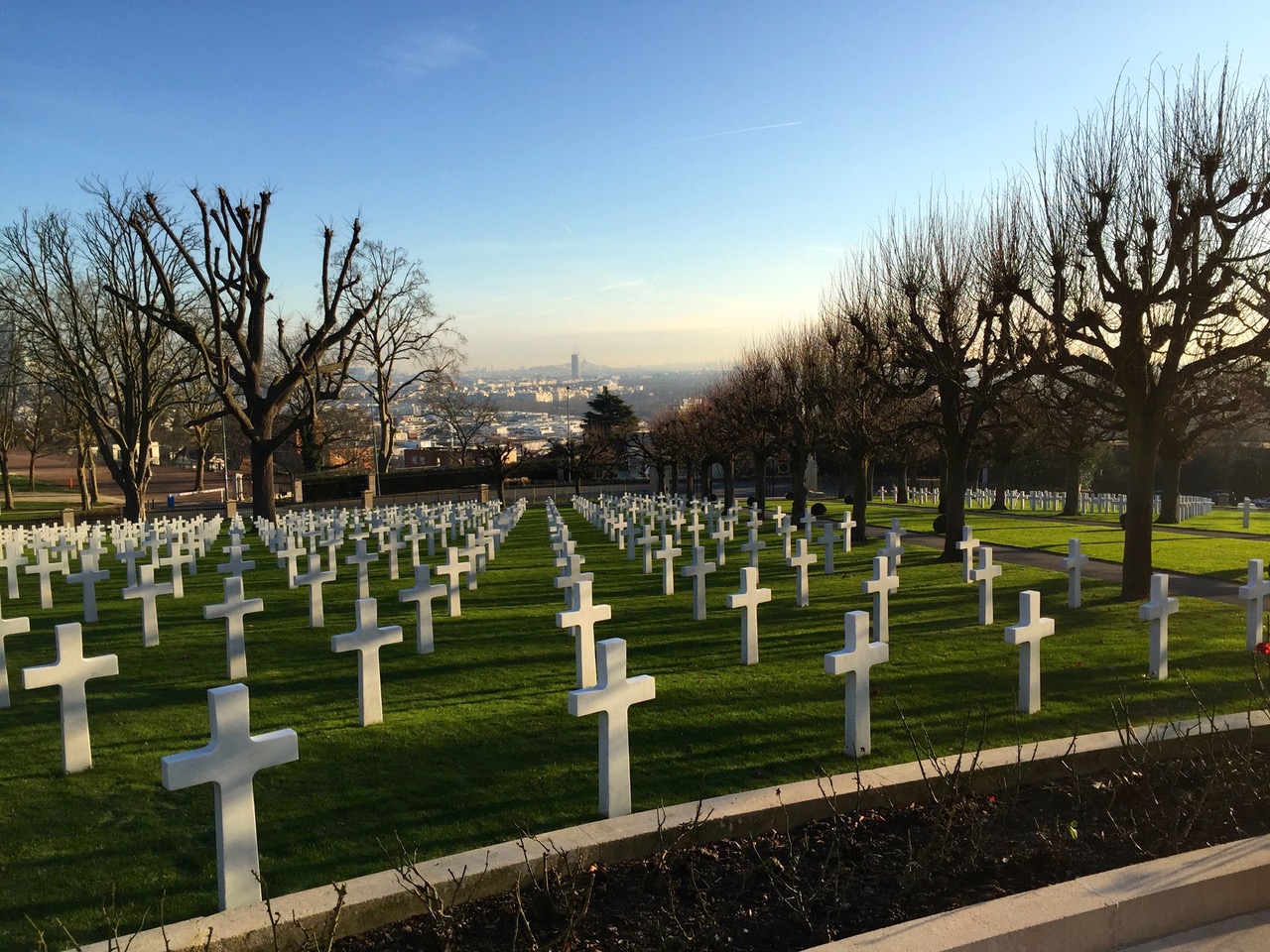 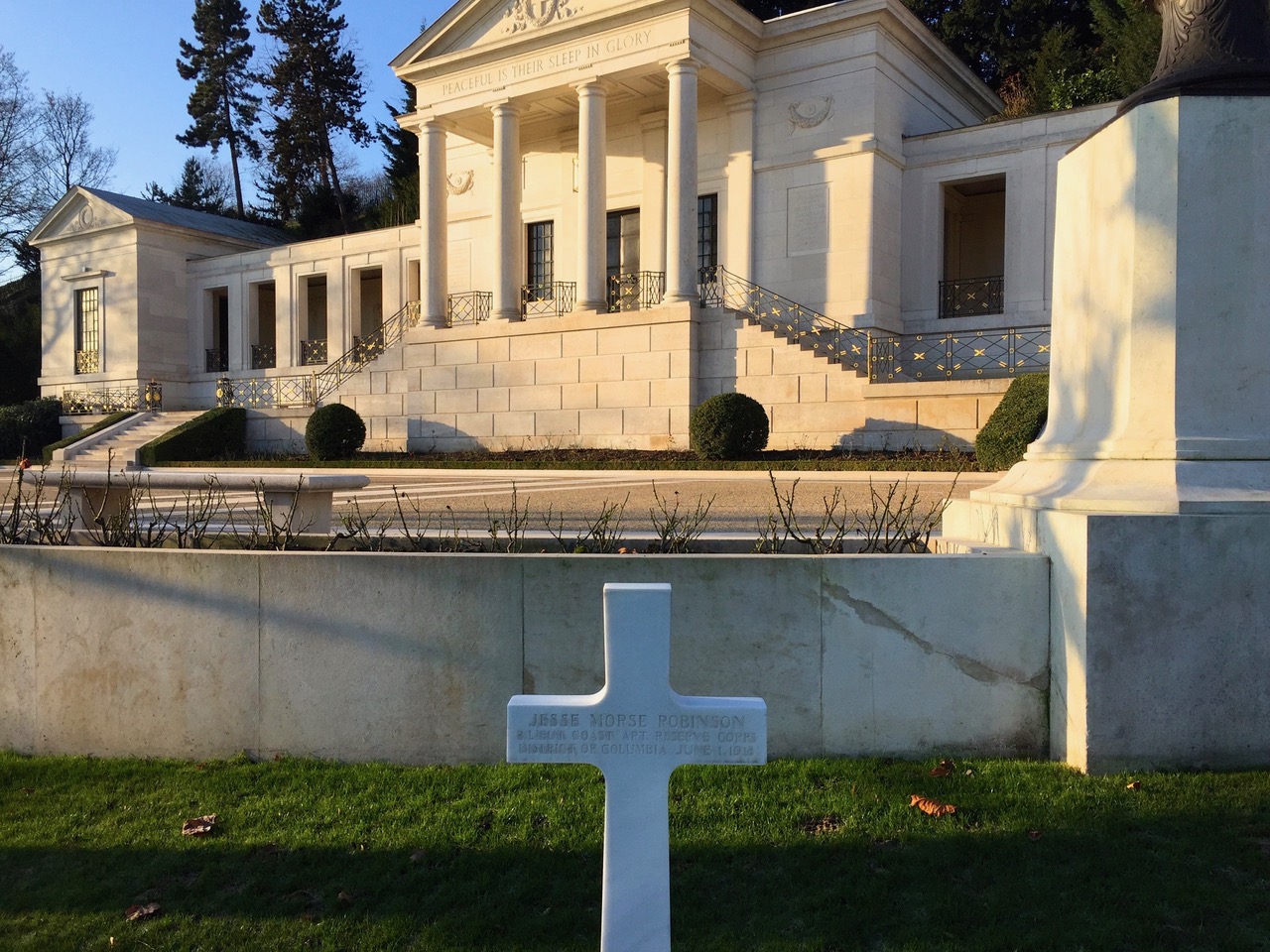 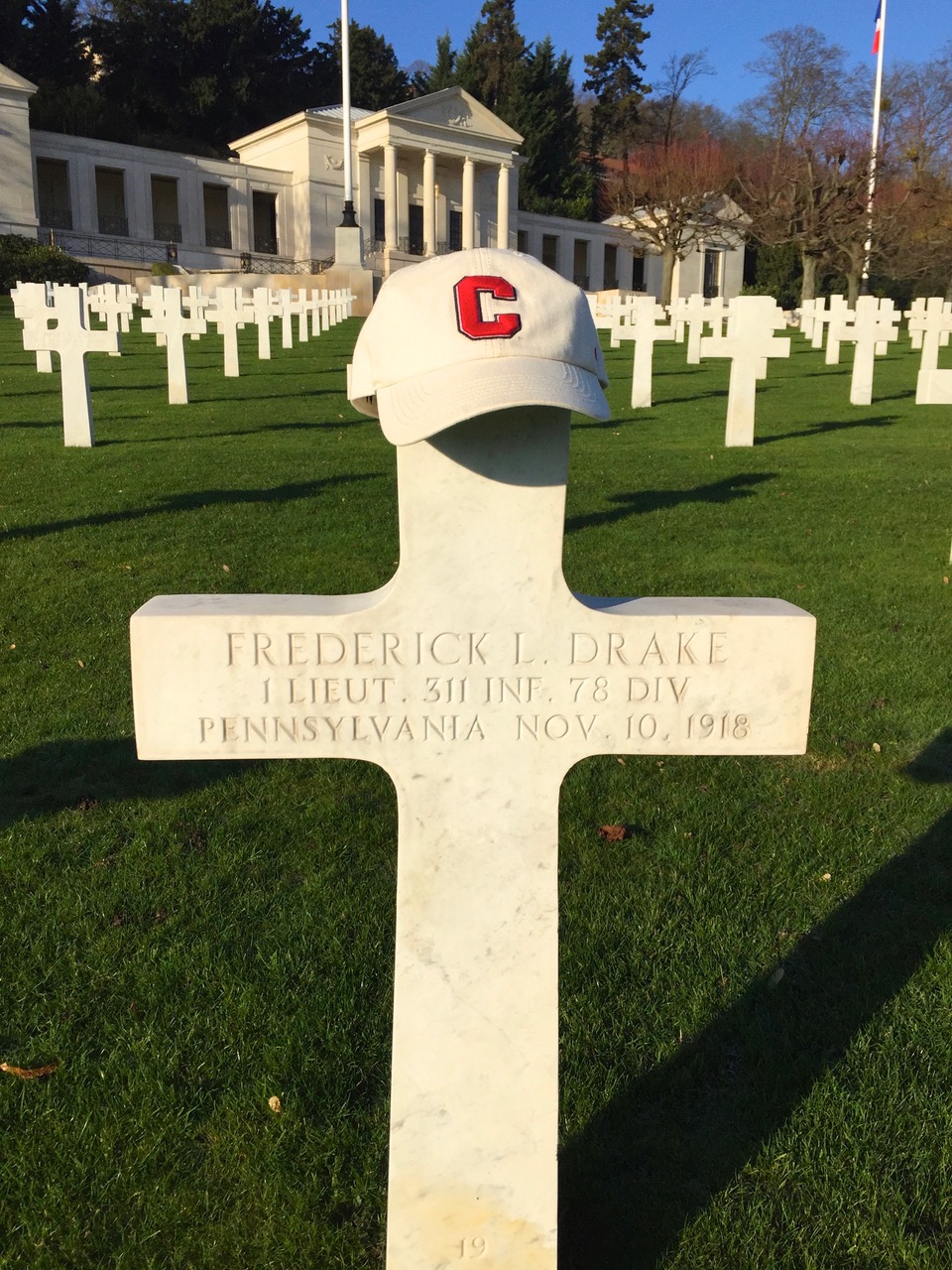 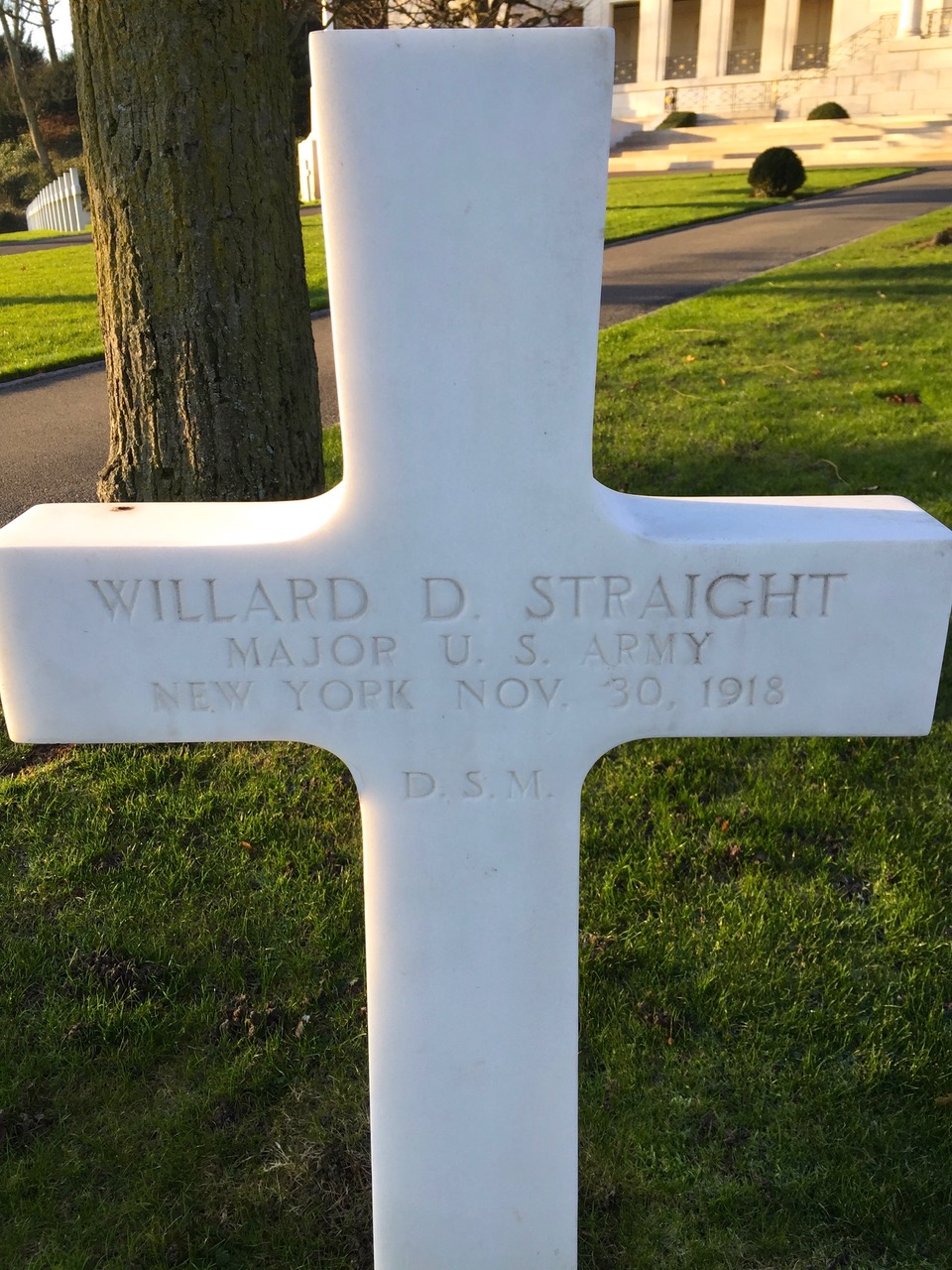 A marvel when it opened, the Straight remains beloved by Cornellians—and plans are in the works to bring it into the twenty-first century. Read about the history of Willard Straight Hall on the next page.

27 thoughts on “Straight Ahead”