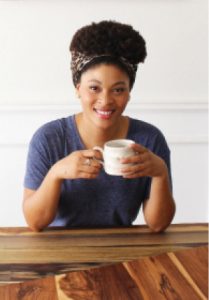 It was March 2014, and the New York City winter seemed to be dragging on and on. Kalisa Martin ’08 and her boyfriend decided to take a quick trip to Jamaica, where both her parents had been born and where she’d spent a fair amount of time, including a summer during college when she’d worked at a hotel in Montego Bay. While on the island, they had a thought common to many vacationers: wouldn’t it be great if we could just live here? “We were feeling like, ‘If only we could get away,’ ” she says, “and we realized that we actually could.”

A few months later, they formally shook on it: they’d realize their dream of opening a bed-and-breakfast. But this wouldn’t be any B&B: it would offer an authentic Jamaican experience, from local crafts and textiles to cuisine prepared by Martin, a former food science major in CALS who holds a diploma from the French Culinary Institute. “A lot of times when people visit Jamaica, they go to all-inclusive resorts that really could be on any island in the world,” she says. “So we were excited to show people its natural wonders—not only the beaches but the amazing mountains, the waterfalls, the great art scene, the craftsmanship.”

That October, Martin gave notice at her job—a plum position with Tasting Table, a digital media company that covers food and beverage. She and her boyfriend, who runs his own digital branding and marketing agency, became the first entrepreneurs to fund a B&B via Kickstarter, raising nearly $47,000 to gut-renovate and decorate a four-bedroom townhouse they owned in Runaway Bay. “We’d invite people into our home and make them feel like they’re living like a local while they’re on vacation, feed them awesome Jamaican dishes, show them our favorite places, and also just commune with them. A lot of times guests would end up feeling like immediate friends; because the concept was so specific, many of them had like-minded interests.”

But from the beginning, the couple had their sights set beyond Jamaica: they envisioned the B&B—dubbed the Runaway—as an incubator for their concept of authentic, well-curated travel experiences around the globe. In late summer, they put the Jamaica B&B on hiatus and launched a venture they call the Runaway Experience, with several weeklong trips planned for 2017. The first two—to Cuba in January and February, costing $2,950 including airfare—are fully booked, limited to eight guests each. In May, they’re going to Bali for a trip (priced at $3,500) that will include expert-led wellness retreats including yoga and a fitness bootcamp. Additional 2017 outings, to South Africa and a to-be-determined spot in the U.S., are also in the works. “Experiences are so important, as compared to possessions,” says Martin. “People are excited to get a more authentic view of other places and see something different than what they’ve grown up around. Being exposed to other cultures is a way to make the world smaller and to help us all understand each other better. Learning, growing, and creating global community—those are our goals.