You’ve heard of Bon Appétit and Saveur, Cook’s Illustrated and Vegetarian Times. But what about Crème de Cornell?

For the past decade, Big Red foodies have been cooking up an increasingly impressive online magazine—featuring recipes, essays, travelogues, photography, illustrations, and more. And in the COVID era, the epub has only gained in popularity, as limitations on restaurant meals and other outings have prompted people on East Hill and around the world to embrace homier pleasures. “We’ve had an incredible uptick in interest in the magazine, largely as a result of the lockdown,” says Abigail Reing ’22, a food science major in CALS who is Crème de Cornell’s club president and the magazine’s editor-in-chief. “On social media, you see how many people have baked bread for the first time, or made fluffy lattes or matcha or other things that they may have wanted to try before but didn’t have the time. Now is the time.” 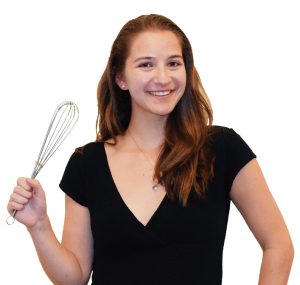 Founded in 2010, Crème de Cornell is a student-run organization that generally produces one issue per semester—though its burst in popularity prompted it to come out with two in fall 2020, each themed to an aspect of how pandemic life has shaped culinary cravings. As the national media have observed, many of us have sought solace in sweets and carbs, leading to the proverbial “COVID fifteen.” Says Reing: “Cooking has tied a lot of students together during this rough year, giving people an outlet and the chance to try something new.”

The fall 2020 “Comfort Foods” issue featured essays exploring the emotional role that food plays in various cultures, plus an international menu of recipes including Swedish pancakes, Cantonese sweet buns, rigatoni alla salsiccia (a pasta dish with sausage and blush sauce), a Filipino dessert made from rice and coconut milk, and a Korean soup with tofu and kimchi. The “Guilty Pleasures” issue contemplated such topics as the joys of illicit snacking in the library stacks and the eternal popularity of ramen noodles; in an essay entitled “Let’s Brie Friends,” a student described the indulgent thrill of buying a wedge of the unctuous French cheese at Collegetown Bagels and devouring it solo. Recipes included “Mexican hot chocolate cookies” and a boozy sauce for pouring over cake and setting it aflame, in the tradition of a British Christmas pudding. “Do note that this is a fire risk,” the author advised, “and all involved should keep a safe distance from the flambé.” 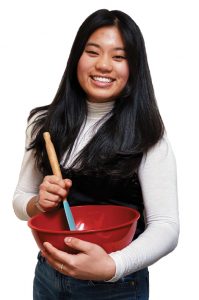 In non-COVID times, Crème de Cornell hosts events like issue-launch parties and cooking demos in the Stocking Hall test kitchen. During the pandemic, the club has stepped up its social media presence, with Instagram-driven giveaways of gift cards to Collegetown eateries and of tote bags emblazoned with an Ithaca food map. The publication’s website (cremedecornell.net) has links to past issues, whose themes have included finger foods, brunch, greens, and “bowls.” (The latter featured dishes served in the titular container, from stir fry to desserts to a granola-and-fruit combo with yogurt and açaí.) Each issue taps the talents of some three dozen students—writers, editors, photographers, designers, and culinary mavens from a variety of colleges and majors. “It’s a pretty diverse group from all over campus,” says Alex Castroverde ’23, the club’s treasurer and vice president, “because food is such a universal thing. Everyone loves it.” 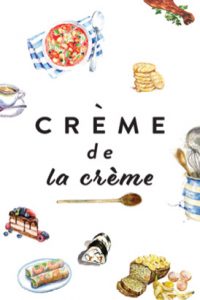 Last spring, the club published a tenth anniversary cookbook, Crème de la Crème. Its offerings include Castroverde’s all-time favorite Crème de Cornell recipe: a vegetarian take on Buffalo wings (see recipe below) that uses cauliflower instead of chicken. “I continually make it—it’s one of the best recipes I’ve ever had,” says the CALS nutritional sciences major, an avid home cook. “I make it for my friends. I make it for my mom. I’m actually making it tonight.”

Line a large sheet pan with parchment paper and preheat oven to 450°F. Wash cauliflower and break into bite-sized florets.

Mix all batter ingredients in a large bowl, then add cauliflower and toss to coat each piece evenly. Lay florets on parchment paper in an even layer and bake for 12 minutes.

Remove pan from oven and turn over florets so they crisp on each side. Return pan to oven and bake for another 12 minutes.

Remove pan again, transfer wings to bowl with hot sauce mixture, and toss, making sure everything is coated evenly. Return to pan and bake for another 12 minutes. Remove pan, turn each floret again, and bake for a final 12 minutes.

Adapted from a recipe in Crème de la Crème by Steph Tan ’22.