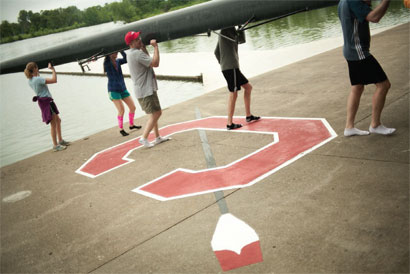 Back to school: Festivities included (clockwise from top) the Reunion Row; the Glee Club concert in Goldwin Smith; and the Alumni Baseball Game.

Reunion 2013 brought more than 6,000 people to campus for three days of parties, programs, picnics, and more. Highlights of this year’s festivities included a joint celebration by the classes of 1938 and 2008; an update on the Cornell Tech project; a talk on the Vietnam War by a history professor who recently won a Pulitzer Prize; and a panel discussion on the evolution of teaching on the Hill from the Sixties to the present.

PHOTOS BY JASON KOSKI / UP EXCEPT AS NOTED 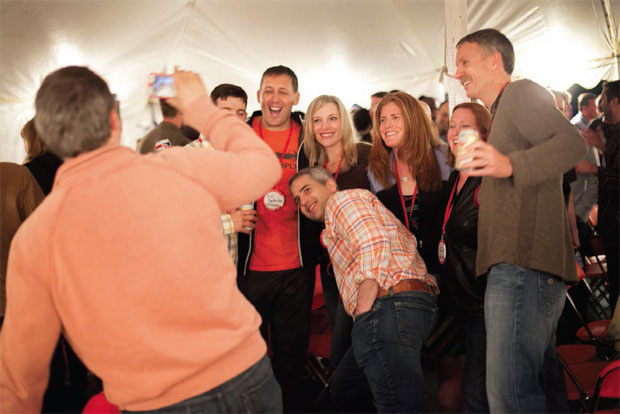 Reveling in the tents.

The 4,517 alumni who attended included three members of the Class of ’38; the oldest attendee was Continuous Reunion Club member Mary Clare Capewell Ward ’37, who traveled to Ithaca with her daughter. Cornellians returned to campus from around the globe, hailing from such far-flung locales as Australia, Brazil, China, Hungary, Israel, Korea, Luxembourg, Pakistan, Singapore, Sweden, and Thailand. 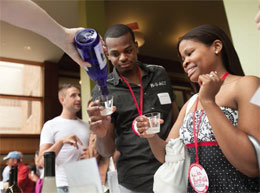 In his annual State of the University address, President David Skorton focused on the importance of faculty renewal. He noted that as of last fall, more than 43 percent of the faculty was over fifty-five and more than 13 percent was aged sixty-five to seventy-four. Over the next decade, he said, the University expects to recruit up to a third of its faculty and staff. “That presents us with a once-in-a-generation opportunity to maintain strength across all areas of this university while building leadership in select areas of importance,” he said, “and we are seizing the moment.”