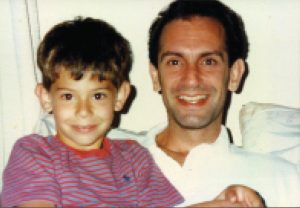 Gary Mendell ’79 has fond, vivid memories of when his first-born son, Brian, was small. He remembers playing peek-a-boo around the dining room table; he recalls taking him to a game at Yankee Stadium, where the boy crawled under a fence to give a quarter to a homeless man. Brian was a loving, generous child, Mendell says, and he had a joyful spirit.

But something went terribly wrong for Brian Mendell. After trying marijuana and alcohol at age thirteen, he moved on to harder drugs. Despite stays in eight different treatment facilities, he struggled with relapses and depression. In October 2011, in despair after fifteen months clean, the twenty-five-year-old composed a heart-wrenching suicide note, lit a candle, and hanged himself. “I don’t want to hurt anyone anymore, do anything illegal, or get high,” Brian wrote. “I thought sobriety was worth a shot, hoping to get back to normal life. But it hasn’t worked. I love you all more than I can write.” 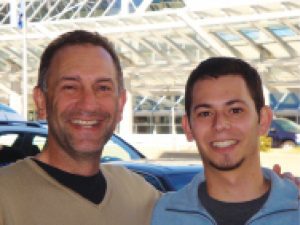 The anguish of losing Brian never goes away, Mendell says—adding that guilt and shame killed his son as much as any drug. “I made it my mission to find solutions that would spare others the suffering my son and my family have experienced,” he says. “We have to get beyond the stigma and the victim-blaming.”

After Brian’s death, Mendell retired as chief executive of the multi-billion-dollar hotel investment firm he and his brother, Stephen Mendell ’82, had cofounded in 1985. He began what he calls a “a journey into darkness,” studying addiction and its impact on drug users and their families and communities. He learned that addiction was killing some 375 people a day, many of them young people like his son. He also realized that the latest scientific evidence—research showing how drugs change the human brain and describing optimal treatment methods—was not being implemented at most American rehab facilities, which tend to offer only a strict, one-size-fits-all, abstinence program based on a twelve-step model. A more scientifically sound approach—one that included not only counseling and behavioral therapy but also medication to ease the agony of withdrawal—“might have saved my son’s life,” Mendell says.

In 2014, Mendell launched Shatterproof, a New York City-based nonprofit that promotes addiction treatment guided by evidence-based science; it also aims to dispel stigma by demonstrating that addiction is a disease—not a moral failing—that often co-exists with mental health issues. Modeled after organizations like the American Cancer Society, the group “provides a place for addicts and their families to turn to for support and hope,” Mendell says. Shatterproof’s agenda also includes lobbying for public policy changes at the federal and state levels—such as widening the availability of Naloxone, an opioid antidote, and liberalizing Good Samaritan laws that protect people who call 911 to report an overdose—and funding research into prevention, treatment, and recovery programs. Its website offers a range of user-friendly information including videos on the science of addiction, a drug education model for public schools, and screening tests to identify vulnerable individuals.

Shatterproof’s efforts have garnered coverage in national publications like Forbes, the Huffington Post, and the Wall Street Journal—the latter describing Mendell as “the new voice in the fight against addiction.” It is the voice of a grieving father who knows that his heartache is shared by thousands across the country. According to the National Institute on Drug Abuse (NIDA), an estimated 22 million Americans are addicted to substances including alcohol, cocaine, and opiates; most adult addicts started using before their eighteenth birthday, and many others began taking illicit drugs after becoming addicted to legal pain medication prescribed for an illness or injury. Today, more Americans die from drug overdoses than car wrecks, with addiction killing an estimated fifteen people per hour, according to the Centers for Disease Control. In June, the New York Times’s data-crunching “Upshot” column reported that ODs had become the leading cause of death among Americans under fifty. Given the magnitude of the problem, Mendell says, “almost everyone in the country knows someone—a child, parent, sibling, or friend—who is struggling with addiction.”

Shatterproof’s advisory board boasts leading health officials and reform advocates, including the director of NIDA and former Congressman Patrick J. Kennedy, himself a recovering addict. The Pew Charitable Trusts is currently supporting the group’s creation of a task force to review treatment approaches and draft a plan for state agencies and insurers to require that rehab programs use methods that are clinically proven to enhance recovery. Since Shatterproof started, Mendell says, it has led successful legislative advocacy campaigns in fourteen states, with aims such as requiring doctors who prescribe opioids to follow CDC guidelines. Says Mendell: “We expect that these laws will save more than 1,000 lives each and every year.”

As Mendell sees it, building Shatterproof has been no different than growing a business—though he measures the nonprofit’s progress not in terms of dollars but of lives saved and legislation passed. He jump-started the group with $5 million of his own money; it has since raised about $3 million more via grants, private donations, and fundraising events. “Most leaders in the field are superb at policy recommendations, but less skilled in implementation,” says Mendell, a Hotel alum who holds an MBA from Penn’s Wharton School. “What I bring is decades of experience building and running businesses.”

Shatterproof employs more than a dozen people and provides online training for about 650 volunteer “ambassadors,” who organize events and deliver public presentations on substance abuse disorders in their communities; it also e-mails weekly updates to a database of some 150,000 supporters. The group’s first 5K fundraiser, a “Rise Up Against Addiction” run/walk held in Kansas City in June, drew more than 2,300 participants and raised upwards of $360,000. Similar events are scheduled for Atlanta, Boston, New York City, and Washington, D.C., this fall. “This is a national crisis that demands a national commitment,” Mendell says. “It’s not too late to save another parent’s child.”