Janet Zweig ’71 is among the nation’s busiest public artists. With commissions from New York City to Washington State, Zweig creates works that use language, technology, and a variety of materials to offer a novel look at spaces and communities. “I try to get not so much a sense of the place, but of the people—a sense of who the audience will be for a particular work,” she says. “I often don’t give people what they pictured, but I try to give them what they want.”

Public artist Janet Zweig '71 creates works that use language, technology, and a variety of materials to offer a novel look at spaces and communities around the country

If, like millions of people, you've walked through Manhattan's Prince Street subway station in the past seven years, you've seen it: a 1,200-foot-long, nine-inch-high parade of silhouettes depicting New Yorkers doing what New Yorkers do. Trailing along the white tiled wall, the 194 figures perform a variety of mundane tasks: taking out the trash, walking the dog, talking on the phone, drinking coffee. Entitled "Carrying On," the installation is the work of artist Janet Zweig '71, who designed the figures based on photographs of real people on the city streets, culling them from a pool of more than 2,000 images. "It's not an interactive piece, but there is a kind of intimacy about it, and a narrative," Zweig says. "You can walk down the entire length of it and look closely at each individual person." 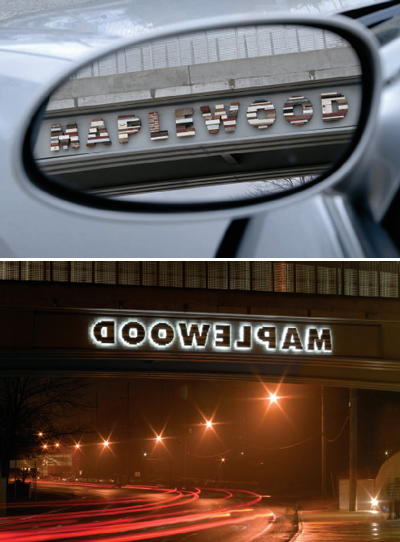 Take "The Medium," a 2002 installation for the University of Minnesota School of Journalism and Mass Communication. It consists of a double-sided screen that allows two people to conduct a live-feed video conversation that morphs through a variety of incarnations; sometimes the speakers see themselves, sometimes each other, sometimes both. In a work called "Limited Edition" for a water treatment plant outside Seattle, Zweig designed a system that dispenses 150,000 small golden tiles one at a time; visitors have the option of taking them as keepsakes or leaving them to become part of a wall. "Neither choice is wrong," Zweig says in her online description of the work. "There will be something seductive about keeping the tile—it's pretty; it's a memory of the visit. And there is something seductive about putting it on the wall—you can choose any location; by putting it on the wall with the other tiles that are there, you will be making your mark within a community; you will be adding to the ever-changing pattern of tiles on the wall, contributing to a generative pool." 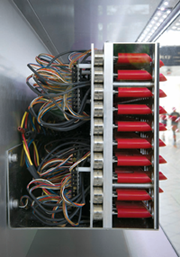 Other works feature machines that generate words or sentences—such as "Lipstick Enigma," a piece for a University of Central Florida engineering center that uses 1,200 resin "lipsticks" to create sentences melding the language of engineering with that of beauty advertising. (Samples: "Bring out your inner widget." "New sprocket, new you." "Pixelate her personality.") In "Impersonator," for a technology center at Santa Fe Community College, a flip sign of the type found in train stations a generation ago displays a line of text each time a visitor trips an electric eye. The phrases ("You are now entering the supermarket of tolerance"; "Was our sleep nourished by delusion or despair?") are generated by a computer, and no two are alike. As Patricia Phillips, then chair of the art department at Cornell, wrote in a 2009 essay in Sculpture magazine, with the piece Zweig "attempts to sort out the intersecting, overlapping, and relocating trajectories of audience, spectatorship, collaboration, and participation."