Lifting the puppy onto an exam table at the ASPCA’s animal hospital in Manhattan in January 2015, the first thing Robert Reisman, DVM ’80, noted was how much pain she was in. The young pit bull mix had been hit with a shovel and buried in snow up to her neck, and she could hardly move. Abrasions dotted her body, her left shoulder was swollen, and several teeth were broken. Reisman’s first thought was that he needed to survey the injuries quickly, then send the puppy for extensive X-rays—because experience had taught him that in such cases, the damage he’s seeing is often just the latest in a history of abuse. 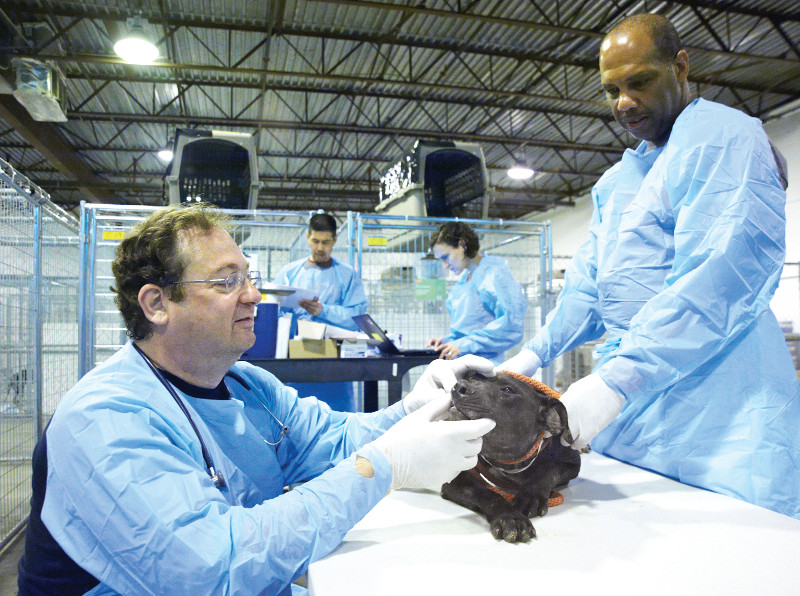 Reisman is the supervisor of forensic sciences for the ASPCA’s Anti-Cruelty Group, charged with overseeing forensic evaluations in New York City’s animal abuse cases. And as he suspected, his analysis of the puppy’s X-rays showed that she’d been harmed over a long period. Happily, she recovered and was adopted by a loving family, though she’ll always struggle with running and jumping, among other problems. And with Reisman’s help, her abuser was prosecuted and sentenced to a year in jail.

A former large animal vet who switched careers after moving to New York City three decades ago, Reisman joined the ASPCA’s flagship medical center in 1988 and soon took on a key role in founding its forensics department. Back then, he says, veterinarians didn’t commonly think of forensics as part of their mission. “Veterinarians took care of animals,” he says, “and that was it.”

Today, veterinary forensic science is an active field whose practitioners pick up where rescue organizations leave off: in the lab and the courtroom. Reisman is a founding member of the professional society devoted to the discipline (the International Veterinary Forensic Sciences Association, established in 2008), and has lectured at its annual conference on such topics as blunt force trauma and identifying perpetrators. He has testified as an expert witness in more than sixty animal cruelty cases nationwide—including the first two in New York City ever to use DNA evidence—and has contributed to scholarly papers including a 2016 article in the Journal of Forensic Sciences on distinguishing accidental injuries from abuse. Last year, Reisman’s work earned him outstanding service awards from the Veterinary Medical Association’s city and state chapters. “His efforts throughout the years,” an ASPCA official said at the time, “have given countless animal victims a voice.”

One of Reisman’s signature accomplishments was establishing a partnership between the NYPD and ASPCA, finalized in 2014, that enables police officers to respond to animal abuse cases just as they do other crimes, and for the justice system to readily access the ASPCA’s forensic resources. The arrangement has also enabled Reisman to document abuse cases in a database, which will eventually allow him and his colleagues to mine the data for trends—broadening understanding of animal crimes as well as aiding investigators and prosecutors in new abuse cases. “No other U.S. city has a partnership this huge,” says Reisman. “It’s historic.”

And, he notes, his work in investigating animal cruelty sometimes benefits humans as well: in domestic violence situations, abuse of pets as well as people is not uncommon. “A woman being abused may not want to bring her partner to trial,” he says, “but we may be able to prosecute him for animal abuse, and free her from his hold.”