As teaching assistants go, Kimo Mackenzie is hard to beat. He may be a tough taskmaster—but when his students do well, he’s positively panting with glee. A seven-year-old mix of German shepherd and Belgian Malinois, Kimo works alongside his owner, Stephen Mackenzie, PhD ’83, a professor of animal science at the State University of New York (SUNY) Cobleskill. On this rural ag-and-tech campus about two hours east of Ithaca, Mackenzie has spearheaded an academic first: a comprehensive bachelor’s degree program in dog training. 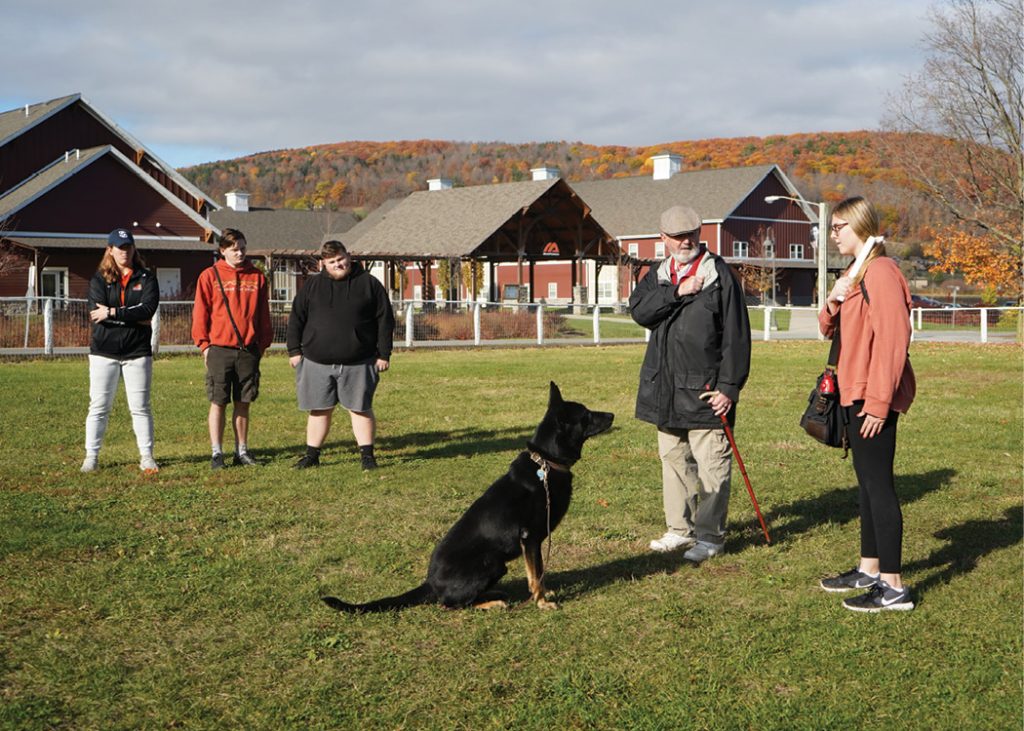 Mackenzie (second from right) teaches Cobleskill students how to work with Kimo, a retired drug-detection dog he adopted.Courtesy of SUNY Cobleskill

On a brisk day in October, Mackenzie—known as “Doc”—and Kimo put four students through their paces in Cobleskill’s dog training facility. They’re not just any students, and Kimo isn’t just any dog: they’ve signed up for a special class focused on training intense, high-energy animals like him—those that are temperamentally suited to work in law enforcement, pursuing suspects or sniffing out substances like narcotics or explosives. One by one, the students try to get Kimo to perform basic obedience behaviors such as sit, stay, and heel; they issue commands in Dutch, the language in which Kimo was originally trained. “Don’t be a victim,” Mackenzie tells one young man who’s struggling to get Kimo to comply. “Do whatever you need to do to get him back under control. If you have to put him on leash, put him on leash.”

Named the 2017 master trainer of the year by the North American Police Work Dog Association, Mackenzie is one of the nation’s leading authorities on the training of working canines; he has authored several manuals on the subject, including two on canine aggression and one on conducting searches. As he explains, Kimo was a drug-detection dog who retired after just two weeks on the job, when he was found to have a heart murmur. “Normal dogs have a normal energy level; they’re excitable to a certain point,” he says. “Other dogs never get calm; they say, ‘What do we do now? What do we do now?’ They’re difficult to live with—but if you have to search thirty-five cars in a row in El Paso when it’s 120 degrees, that’s the dog you’d want.” Since Kimo’s demeanor made him unsuitable to be a typical family pet, he was facing euthanasia. Luckily, Mackenzie found him and took him on, realizing that he was headstrong enough to be a challenging teacher but gentle enough to be safe for students to learn from. “He’s a schoolmaster dog,” Mackenzie says fondly. “When these guys do it right, he does it right; when they don’t, he just blows them off. He’s so intense that I’ve had students leave here in tears after their first session. But he has a kind heart; these guys make mistakes, and he doesn’t hurt them.”

Kimo’s salary (and primary motivator): the chance to spend quality time with his favorite toy, a foot-long length of white PVC pipe. “What are you going to do if he doesn’t give back the stick?” Mackenzie asks the students, then answers himself. “Pull out another stick. That’s why we have six of them. He can only fit about four in his mouth at once.” Gamboling from person to person with his beloved toy, Kimo suddenly resembles an overgrown puppy. “After he gets the stick, he runs around and shows it to everybody,” Mackenzie says, as the students lavish the dog with praise. “He gets to show the pack that he’s the mighty hunter who got the rabbit.”

Launched in fall 2019, the 120-credit major that Mackenzie designed—formally called Canine Training and Management—comprises coursework in such areas as health, obedience, detection, and tracking. Students also have to take liberal arts and sciences classes including English, math, biology, and psychology. The major (the degree will be a bachelor of technology) sprang out of a concentration within animal science that Mackenzie had previously created; between that and the new major, he says, nearly 100 students are enrolled. Their career prospects include not only a range of training fields—from schooling family pets to guide dogs to canines in law enforcement—but other sectors like equipment makers, food companies, even firms that insure show dogs. “There’s a multitude of supporting industries,” he says. “For every dog in a kennel there’s a feed company, and they need sales reps that understand dogs. You try to sell a dog person anything, and in fifteen seconds they can tell if you know dogs or not.” 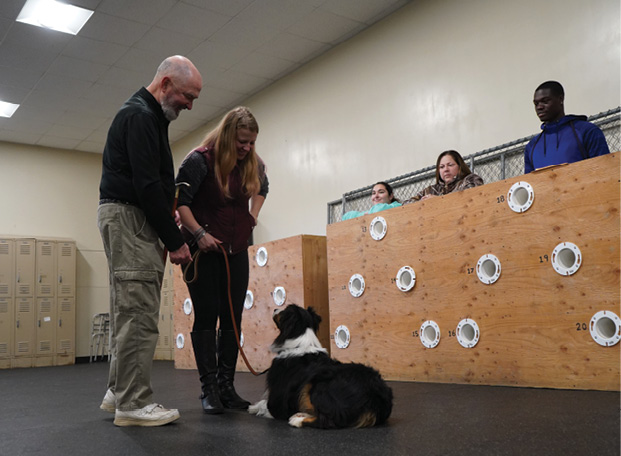 Mackenzie (left) and a student work with a dog in Cobleskill’s training facility, which features such equipment as a “scent wall” (right) used to teach detection of substances like explosives and a bank of lockers (left) for training animals to find drugs in schools.SUNY Cobleskill

Most of the dogs that students train with are family pets drawn from the campus and community; there’s currently a list of more than sixty that come in on a rotating basis. Their owners include Lynn Dunn ’75, PhD ’89, chair of animal science at Cobleskill. All three of Dunn’s dogs—two Brittany spaniels who are mother and daughter, and a young German longhaired pointer—have participated in the classes. “It’s great for them,” she says. “The two Brittanys are so well trained that students aren’t allowed to use them for final exams.” Dunn, who notes that the new major is already attracting students to Cobleskill, has a pair of crates in her office for when she brings the two younger dogs in for class. “I have a lot of people coming in and out all the time because I’m a department chair, and for the most part the dogs ignore them,” she says. “But if a student that they work with comes in, they’re immediately up and ready to go.”

Mackenzie traces his passion for dogs to a dramatic episode from his youth: when he was a small boy, he fell off a dock into a lake while on a trip to Washington State. “I was drowning; the family dog was a trained retriever, and he hit the water and retrieved me,” Mackenzie recalls. “I owe my life to a dog. Now every time I teach someone to use more dog-friendly techniques, I feel like I’m partially paying him back.” After earning degrees in biology (a bachelor’s from Union College and a master’s from the University of Bridgeport) he became a farrier—a professional shoer of horses—and also took advanced courses in dog training. His clients included the Cobleskill campus, and when colleagues found out he had a master’s degree, he was recruited to teach an animal science course whose professor dropped out at the last minute. Realizing that teaching college students was his vocation, he pursued a doctorate in animal breeding at Cornell, where he did his dissertation on the inheritance of behavioral traits in military dogs. During his time in Ithaca, several local law enforcement agencies tapped his training expertise. “He has tremendous perception of animal behavior—how their brains work and what makes them tick,” Dunn says of Mackenzie, who in 2015 won the SUNY Chancellor’s Award for Excellence in Faculty Service for his work with law enforcement agencies nationwide. “He’s a master trainer, so he’s not just working with dogs, he’s working with their handlers. He can see the issues and he knows how to fix them.”

When Mackenzie returned to Cobleskill after earning his doctorate, he created the school’s first hands-on dog training class—and for decades, he says, “I flew under the radar.” But the new major has made headlines in such media as the Wall Street Journal and the Times of London. As he notes, there’s been a huge demand for law enforcement canines since the September 11 terrorist attacks, and a commensurate need for qualified humans to breed and train them. In the Cobleskill facility, the walls are lined with equipment: a long plastic tunnel in which people hide for search-and-rescue training; bite-proof padded coats that students wear to practice being decoys for police dogs; wheelchairs and crutches for schooling therapy dogs who visit healthcare facilities. Mackenzie himself uses a walking stick; as he explains, he has nerve damage in his back stemming from an injury incurred while working with a Belgian Malinois. “I thought he was going one way and he went the other way, and it just twisted badly,” he says—stressing that when training goes awry, the fault lies with the biped. “We’re trying to teach these habits to the students, that you don’t put the responsibility on the dog,” he says. “It’s your responsibility to do things correctly, or there’s a penalty to pay.” 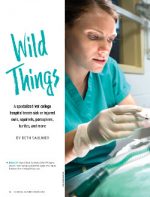 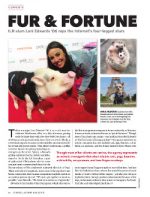 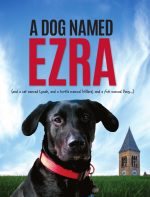