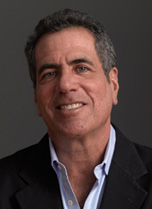 When you enter the offices of the Criterion Collection just off Manhattan’s Union Square, there’s no mistaking the company’s line of work. Movie posters cover the walls of the reception area, advertising such classic films as La Dolce Vita, Nashville, Satyricon, Persona, and The Man Who Knew Too Much. On the coffee table, near some vintage video equipment, is a stack of handsome hardcovers including The Wes Anderson Collection, The Ingmar Bergman Archives, and Essential Art House: 50 Years of Janus Films.

The latter is particularly close to the heart of Jonathan Turell ’81, whose office is just down the hall (behind the giant poster for Citizen Kane). The former history major grew up in the film distribution business, the son of an owner of Janus, the venerable distributor of international art house fare that brought such classics as The Seventh Seal, La Strada, and Yojimbo to American audiences.

Since the mid-Eighties, Turell has been a partner in and CEO of Criterion—the creator of exhaustively curated editions of what he calls “exemplary” movies, those that are fine examples of their genres. Criterion, in other words, doesn’t limit itself to highbrow classics; the posters in the lobby include the likes of Repo Man, The Fisher King, and Eraserhead. Criterion released the original Ghostbusters on laserdisc and did a DVD of the beloved mockumentary This is Spinal Tap, complete with commentary from director Rob Reiner and three of the actors. Its current offerings include the 1964 sci-fi flick Robinson Crusoe on Mars, in part because it was one of Turell’s dad’s favorites. “Our mission is to present movies as filmmakers want them to be seen,” says Turell. “We stand behind that. That’s why whenever we release a film by a living filmmaker, their signature is on our box.”

Criterion’s packages include the best possible print of a film in terms of quality, but also myriad other features. Its Blu-Ray of Alfred Hitchcock’s 1935 thriller The 39 Steps, for example, boasts not only a high-definition digital restoration of the film itself, but audio commentary by a Hitchcock scholar, a documentary on the director’s prewar career, a 1966 TV interview with Hitchcock, the broadcast of a radio adaptation, original production design drawings, and more. “In many ways,” Turell observes, “I like the details of filmmaking as much as the films themselves.”

It was one of those filmic details that first drew Turell to his métier. After undergrad, Turell—not having motivated himself to apply to law or business school, his presumed paths—went to work for his dad at Janus. It was the early Eighties, the dawn of both home video and national cable channels, some of which focused on classic films. It was his job to travel around buying back the rights to the films that they’d sold in individual TV syndication› markets so they could then be resold to national channels, offering him a crash course in a niche of the movie distribution business. One day, a colleague showed him Citizen Kane on laserdisc—the twelve-inch, optically read platters that were then state-of-the-art in terms of home video quality—and pointed out something remarkable about the opening sequence: as the camera travels throughout Charles Foster Kane’s estate and into his bedroom where the dying magnate utters his final “Rosebud,” the light seems to come from precisely the same place. “If you watch it in slow motion, the light never changes,” Turell marvels. “The way Welles shot it, it’s in the same spot in the frame; the light is always there. I said, ‘This is really cool.’ And I got hooked.”

Turell was fascinated by how laserdisc technology allowed the viewer to have a more intimate relationship with a film—not only through freeze frame and slow motion, but the inclusion of supplemental materials like scripts and story boards. Citizen Kane went on to become the first Criterion release, in 1984, swiftly followed by King Kong. Laserdisc eventually gave way to DVD, Blu-Ray, and online video-on-demand (with a brief foray into CD-ROM, a format in which it offered the Beatles’ A Hard Day’s Night). Criterion entered the streaming market five years ago as an add-on to Hulu Plus subscriptions; as of this fall it’s migrating to Film Struck, Turner Classic Movies’ new streaming channel. Members will have access to more than 300 Criterion movies in any given month, and a premium subscription to Film Struck’s Criterion Channel will offer the company’s entire streaming catalog, with prominent directors serving as guest curators. “I’d say we’re media agnostic,” Turell says. “We’re about the content and finding the best way to present it.”

Day to day, Turell focuses on the business side of Criterion, while his partner—whose own father was Turell’s dad’s partner in Janus, Criterion’s sister company—concentrates on the editorial end. But, as Turell observes with a laugh, “I know much more about editorial than I let on, and he knows much more about business than he lets on.” Asked if he’s always been a movie buff, Turell shakes his head. “I’m more of a movie fan than the average person, and there are movies that I love,” he says, “but I’m probably the least movie buff of the fifty people who work at Criterion. I try to keep us grounded.”

Still, Turell’s personal movie memories are varied and colorful. He recalls seeing Billy Wilder’s 1953 POW drama Stalag 17 at Ithaca’s State Theatre as an undergrad—and being so enraptured by it that he went back three more nights in a row. As a kid, he showed his family’s 16mm print of the Harold Lloyd silent comedy The Freshman to an entire gradeschool auditorium, and the crowd went wild. “That had an impact on me forever,” he says. “It made me realize the power of the movies and of a crowd. As much as Criterion is a home video company, we say the best way to watch a movie is still in a big, dark room with strangers.”

And then there was the time he screened a movie for his middle school friends during a co-ed party in his family’s attic. The feature was—of all things—A Night to Remember, the 1958 drama about the sinking of the Titanic. Grave subject matter, to be sure—but still no match for adolescent hormones. “It turned out to be a makeout party,” he remembers with a laugh. “It was a dark room, and there were a bunch of eighth graders. What can I say?”

LA CAGE AUX FOLLES (1978) “The first time I saw it was at the Pyramid Mall in Ithaca. Laughed so hard I fell on the floor.”

FOR ALL MANKIND (1989) “The best movie made about the Apollo moon
missions, ever. I was lucky enough to get involved before it was finished and made lifelong friends with director/writer Al Reinert.”

THE FRESHMAN (1925) “I brought this into my elementary school on 16mm when I was in sixth grade and showed it in the auditorium. Three hundred kids were standing and screaming for the last twenty minutes. That has stuck with me my whole life.

FORBIDDEN GAMES (1952) “Planned on watching only two minutes to spot-check video quality, and got hooked and didn’t blink for ninety-seven minutes. The kids are still amazing, as is the importance of the story.”

A HARD DAY’S NIGHT (1964) “Our laserdisc release of this film presents some of the most beautiful images I’ve ever seen on screen. And the music . . .”

A NIGHT TO REMEMBER (1958) “The best Titanic movie. No Rose and Jack, but as true as you can get to Walter Lord’s book.”

THE IN-LAWS (1979) “ ‘Serpentine!’ Need I say more? Having lunch with Peter Falk and discussing this movie was one of my career thrills.”

HERE COMES MR. JORDAN (1941) “I watched it over and over again with my parents. I fell in love with Claude Rains.”

PAUL ROBESON: TRIBUTE TO AN ARTIST (1979) “It’s a wonderful
documentary about an amazing person—and my father won the Academy Award for [producing] it.”

THE LADY VANISHES (1938) “I’ve seen this more times than any other in the Criterion Collection. We showed it for Janus’s fiftieth anniversary, and I wrote ‘Miss Froy’ on the window of a train the first time I was in London.”

RASHOMON (1950) “I think my first foreign film experience, and still one of the best ever made. I love how it’s now part of the English language.”