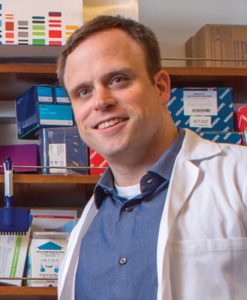 Chris Mason in his lab at Weill Cornell Medicine.John Abbott

For Weill Cornell Medicine professor Chris Mason, it was a “teachable moment” in the field of science journalism. In mid-March, when the media reported on the preliminary results of Mason’s work on the NASA Twins Study, a misinterpretation of his findings by some reporters—plus some jokey tweets from the subjects themselves—sent headlines careening around the globe, erroneously implying that space travel had transformed an astronaut into something other than human.

An associate professor of physiology and biophysics, Mason is one of ten principal investigators who won a total of $1.5 million in NASA grants to investigate the effects of long-term space travel on the human body. The three-year project, dubbed the Twins Study, leverages a rare research opportunity: astronaut Scott Kelly spent eleven months on the International Space Station, while his identical twin brother, Mark—himself a retired astronaut—stayed on terra firma. Mason describes the effort as “probably the most integrated biological portrait of a human ever made—on Earth and then again in space.”

The Twins Study’s research projects cover a range of topics including cognition, immune response, and the composition of gut, skin, and oral bacteria. Mason’s, entitled “The Landscape of DNA and RNA Methylation Before, During, and After Human Space Travel,” involves collaborators on the Ithaca campus, at Weill Cornell, and at other institutions. It explores how an astronaut’s environment affects how his or her genes are expressed—an area known as epigenetics—and whether any such changes are temporary or permanent. Before Scott Kelly launched in late March 2015, he and Mark (who was Cornell’s 2015 Convocation speaker along with his wife, former Congresswoman Gabrielle Giffords, MRP ’97) underwent a battery of physical tests, and both brothers have had ongoing follow-up exams since Scott returned. Scott even gave blood samples during the mission; some were frozen for transport back to Earth during scheduled astronaut return trips, while others were delivered via capsule splashdowns and retrieved by helicopter. 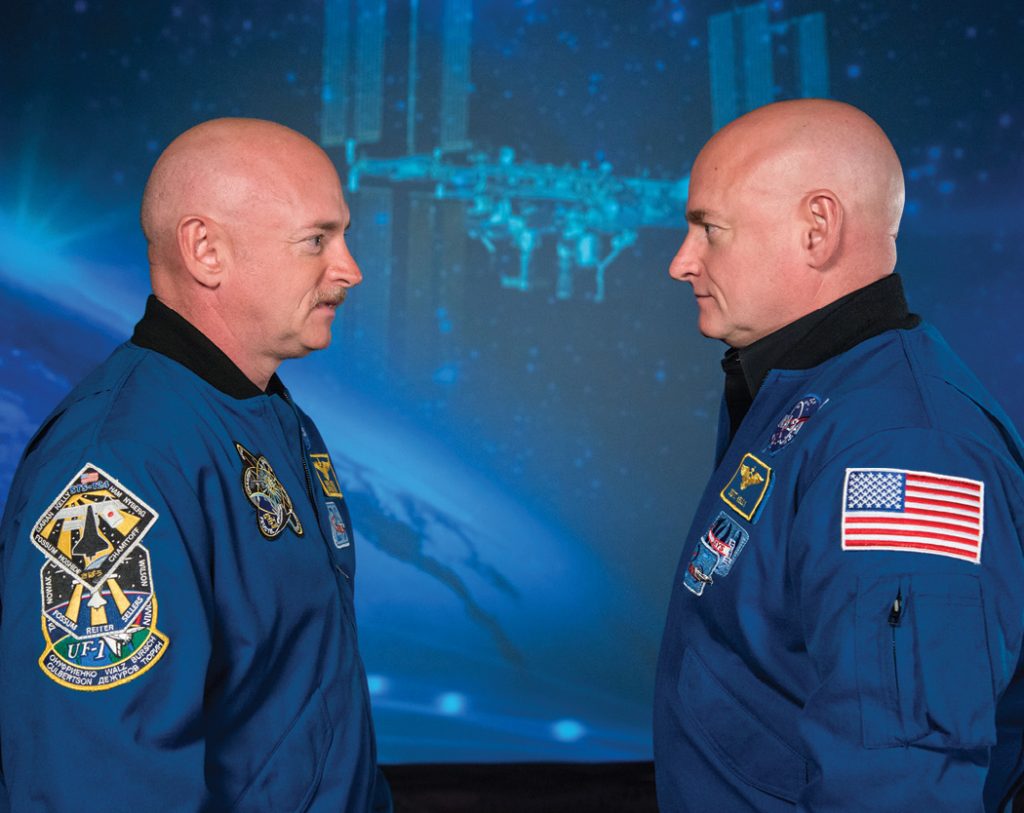 Jump ahead to winter 2018, when Mason presented some preliminary findings at NASA’s annual scientific meeting. He reported that, as he’d hypothesized, space travel had affected Scott’s gene expression—how the information in his DNA is converted into instructions for making various molecules, primarily proteins—likely due to such factors as radiation, dietary changes, and the effects of zero gravity on the human body. And while most of that expression had gone back to normal after six months on Earth, 7 percent of it—relating to such areas as the immune system, DNA repair, bone formation, and the processing of oxygen and carbon dioxide—was still altered.

That finding, reported in a NASA press release (that was later clarified), prompted the Daily Mail to run an erroneous headline declaring that Kelly “now has different DNA to his identical twin brother.” And things only got crazier from there. “Scott Kelly saw the story and tweeted, ‘7 percent of my DNA changed in space; it looks like I no longer have to call Mark Kelly my twin brother anymore,’ ” Mason says. “And then Mark responded, ‘I used to have a twin brother, but then he went to space for a year.’ They were clearly joking, just having some fun with the headlines—but then it basically exploded. People started posting, ‘7 percent of his DNA changed, he’s like an alien.’ ” The common denominator, Mason says, is that some people were confusing gene expression with DNA, which remained fundamentally unchanged in Scott. And as he notes, the difference in DNA between humans and chimps is a mere 2 percent. “So if 7 percent of his DNA had changed,” he says, “he’d be a different species.”

Mason is currently preparing the data for publication in peer-reviewed journals; he expects that the work will form the basis of multiple scientific papers in the coming years. But he stresses that our understanding of the effects of space on epigenetics—including how changes in gene expression may affect human health over the long term—remains in its infancy. “We had only two subjects, so by its very definition, this is the first sketching outline of the molecular landscape of what changes in the body in space,” he says. “It will not be, and cannot be, the definitive guide.” Now,  he aims to expand the work to include another thirty astronauts over the next seven years; lacking twins, the subjects would have their gene expression compared before and after space travel. He’s also applying the protocols to sibling sets in which one twin experiences extreme environments on Earth, such as climbing Mount Everest. Says Mason: “We’re trying to put the stress of space flight into the context of, ‘What do we see for other stressors on the human body?’ ”

Ultimately, the team’s investigations could have implications both on Earth and off. Studying how the epigenome responds to the stresses of space travel could offer insights into such topics as aging, cancer, and circadian rhythm function. And as NASA contemplates long-range space travel, including a mission to Mars, the research could influence how future generations of astronauts live and work. “This could help us understand how to design a space station so it can be a healthy environment,” Mason says. “As for the long-term goals, the sky’s the limit. NASA is planning to send humans to Mars and beyond.”

As a lifelong astronaut fan—as a kid, he attended space camp twice—Mason calls working on NASA research “very much a dream come true.” Even the misinterpretation of his findings had something of a silver lining: it got the public talking about the science of space travel. “I love it when people are excited about thinking about humanity’s big dreams, a long-term vision for our species and for technology, and what we can do as people,” he says. “I wish it happened every day.”