With the release of an acclaimed independent film, New York-based actor Adepero Oduye ’99 became an overnight sensation. And it only took her a decade to get there.

The CALS alum had been pounding the pavement since graduation—paying the rent with a litany of jobs familiar to unemployed thespians everywhere. “I did anything and everything,” she says. “I waited tables, worked at Old Navy, handed out papers on the street. I did toy demonstrations. I worked for the census. I temped. I guess I was used to being broke.”

Art is a fickle business. One breakthrough role—the lead in Pariah, about a seventeen-year-old African American lesbian coming of age in Fort Greene, Brooklyn—and Oduye found herself at the 2011 Sundance Film Festival, being fêted by the likes of Robert Redford and scoring free stuff in the storied “swag houses.” “People were coming up and saying how much they loved the film,” Oduye recalls. “You’re rubbing elbows with all these people you recognize, and it’s like ‘This is so crazy.’ “

And to think: she was supposed to be a doctor.

The third of seven children of Nigerian immigrants, the Brooklyn-born Oduye was premed on the Hill—determined to follow in the footsteps of her father, who went to medical school after a career in podiatry. He died suddenly her junior fall, prompting her to rethink her future. “I knew I was not going to go to med school; I was doing it because of him,” she says. “It forced me to ask myself, ‘What do I really want to do?’ And this little voice said, ‘Acting.’ It was weird, like it came out of nowhere.” 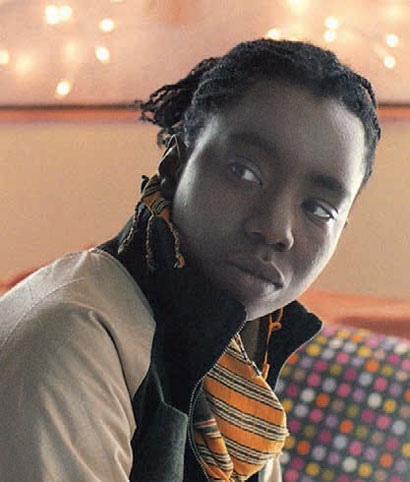 It was too late to change majors so she continued with premed, finally taking an acting class senior year. She loved it, and it solidified her plans—but she still had to break the news to her mother. “She literally thought I had gone crazy,” Oduye recalls. “She said, ‘Because your father died—that’s why.’ She tried to understand, but she couldn’t. She asked, ‘Why can’t you go to med school and act? Why can’t you go to med school first?’ My parents were immigrants, focused on the tangible; the joke’s that you’re either a doctor, a lawyer, an engineer, or in business.” (Her siblings, in fact, include an attorney, an MBA—and two physicians.)

Oduye studied acting under such teachers as Austin Pendleton and slowly began to get work; her first paying gig was for an antismoking ad in which she piled up corpses to symbolize tobacco-related deaths. In 2005 she made her TV debut on “Law & Order”—that erstwhile employment agency for New York actors—playing a violent addict who dies in jail after undergoing forced sterilization. The following year she had a tiny part in the indie film Half Nelson, starring Ryan Gosling as an inner-city teacher with a drug habit; she was listed in the credits as “Crack Smoker.”

Then came Pariah, which began as a 2007 short film; Oduye auditioned to be an extra and landed the lead. It was eventually developed into a feature, debuting at Sundance and garnering rave reviews. As reporters and critics noted, Oduye disappeared into the role so thoroughly that viewers were amazed to learn she wasn’t an awkward, androgynous teen but an Ivy League grad in her thirties. Said the New York Times: “At its heart is an incandescent performance by Ms. Oduye, who captures the jagged mood swings of late adolescence with a wonderfully spontaneous fluency.” In between shooting the two versions of Pariah she appeared onstage at Yale Rep, playing a fifteen-year-old girl caught up in the Liberian civil war.

Pariah earned Oduye a Black Reel award for best breakthrough performance as well as other kudos, including an Independent Spirit nomination. It also landed her on the Times’s list of five “star turns under the radar”; in the accompanying story, the paper noted the contrast between how she looks in her glamorous PR shots versus in the film’s opening scene. “We see the thirty-three-year-old actress in a funky New York strip club, looking every skinny inch an urban teenage boy, right down to the baggy pants and sideways cap, grinning like a fool and waving dollar bills at the dancers.”

Sitting in a Brooklyn café last fall, Oduye resembles neither extreme; she’s clad in a blue Nordic-patterned fleece sweater, neck swathed in a jolly shocking pink scarf. Nor does she satisfy the stereotype of the diet-obsessed starlet, happily chowing down on scrambled eggs, lox, French fries, salad, and what she describes as the world’s best pancakes. (To prove it, she gamely bisects the fluffy, buttery stack and gives half to her interviewer.) After Sundance, she says, people assumed that she was rich, that her phone was ringing constantly, that she had scripts stacked up to the ceiling. None of it was true; even indie accolades don’t change the fact that good roles for black women are few and far between. Earlier in her career, Oduye says, she was told to change her name and chemically treat her hair, advice she declined. “The one thing I knew was, ‘It’s gonna happen as me, as Adepero Oduye, or not at all,'” she says. “At times I struggled because I was getting all these messages that I had to change, but I knew that was not the way for me.”

Oduye’s first post-Pariah project was a made-for-Lifetime remake of Steel Magnolias with African American actors. (She was cast as the awkward cosmetician played by Daryl Hannah in the original.) Her next theatrical film comes out later this year. Called Twelve Years a Slave, it’s based on the true story of a free black man who was kidnapped into bondage in the Deep South. Oduye has a supporting role as a woman who lived free as her master’s concubine only to be sold to a slave trader by his jealous wife; the cast includes Brad Pitt, Michael Fassbender, and Paul Giamatti. “I’m so thankful that all of this happened now, at this age, and not when I was younger,” Oduye says. “At Sundance it would have been so easy, if I weren’t as grounded, to get caught up in it. People would say, ‘So-and-so agent wants to talk to you.’ And I’d say, ‘Well, until they actually talk to me I’m not gonna get all excited. I’m just going to live my life.'”