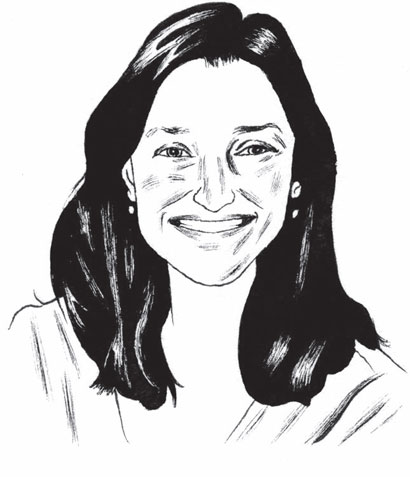 It’s a confluence of demographic and environmental trends: as the planet is getting warmer, the U.S. population is getting older. With severe weather events on the rise—from heat waves to hurricanes like Katrina and Sandy—researchers and public safety officials are increasingly concerned about how climate change will affect older Americans. “There’s a lot of interest in this at the CDC,” says human development professor Elaine Wethington, “because the number of people sixty and older who die during natural disasters is way beyond their proportion in the population.”

Wethington, a medical sociologist, is part of the Cornell Aging and the Environment Initiative. Founded in 2008, it’s devoted to studying how older Americans are impacted by climate change, and exploring ways to preserve health and save lives.

Elaine Wethington: There are several reasons. First, older people are more vulnerable to the toxins that get released in an environmental disaster. They’re more likely, under extreme stress, to have health conditions exacerbated. Their immune systems are weaker; their chronic diseases tend to be more advanced. Those who have heart conditions are more likely to have heart attacks because of the stress and the extra activity. Another reason is that a lot of older people live alone. Older adults tend to age in place in the U.S. rather than going to specialized housing—where, theoretically, they would be more protected.

CAM: In a talk in New York City last spring, you said that older people are often reluctant to ask for help in a disaster. Why is that?

EW:There’s a stigma in the U.S. against receiving help, and older adults want to remain independent as long as possible. Studies done since Hurricanes Gustav and Katrina have also found that elders are often likely to resist evacuation orders, for a number of reasons. They want to protect their property or stay with their pets; there’s a lack of transportation to get them to shelters. One study of Katrina evacuation—and this is so poignant—found that there were many older people who knew they couldn’t physically get on a bus and said, “I’ll just stay at home.” Family members stayed because they couldn’t move their relative or didn’t have reliable transportation—and died with them.

CAM: Was Katrina a worst-case scenario?

EW:It was unprecedented, but you see the same pattern in all sorts of disasters across the U.S., even when there’s good preparation. In Florida, for example, they’re doing a lot to map and protect their older population, to reach out to people who are isolated, and to develop emergency response teams.

CAM: Besides hurricanes, what disasters are particularly threatening to seniors?

EW: The most research has been done on heat waves; there’s a famous study of deaths in Chicago. A heat wave disaster in France and Italy was accompanied by a lot of concern about whether increased deaths among older people was due to social isolation, because their families were gone on vacation. Also, a study of a Southern California heat wave documented that elders, as well as very young children, seem to be more vulnerable to the physical effects; they’re more likely to dehydrate, for example.

CAM: Many seniors in the North retire to warmer climates, particularly Florida. Is another concern that they’re putting themselves in harm’s way, at a time of life when they’re more vulnerable?

EW: Yes, that’s part of it. If I were looking to move outside of Ithaca, I would definitely not pick an area near a seacoast. It’s just too risky; why would you want to be vulnerable to death in your own home? And there are whole groups of retired people who live in Arizona; unless adequately prepared, they’d be vulnerable to heat disaster if the temperature in the Southwest goes up.

CAM: To what extent are these issues exacerbated by poverty? It seems that some of these threats would be lessened by having air conditioning or reliable transportation.

EW: That’s exactly right. Seventy-one percent of the people who died in Katrina were aged sixty and older, and the majority of them were poor and black. There’s a tendency for older people, particularly poorer ones, to live in areas vulnerable during a disaster, such as being prone to flood. It’s no accident that in New Orleans, the Garden District and French Quarter are on higher ground. So there’s clearly a resource issue. But also, nobody was thinking about evacuating them. There weren’t adequate evacuation plans even for nursing homes in Louisiana. But now nursing homes across the U.S. are required to have them.

CAM: You grew up in a tornado-prone part of Indiana. Did your family prepare for twisters?

EW: We had a room in our house that was specifically designed for tornado protection. If you’re in an F3 or higher, two-by-fours become missiles and drive through walls—that’s often how people are killed—so our house had a hardened basement room. I took from this that you can, with sufficient forethought, prepare for a disaster.

CAM: What should people do to protect themselves or their relatives?

EW: First of all, find out if they can register for an existing evacuation plan where they live. Many coastal areas have these now; they’re often run through the local agencies on aging. You should also have what the CDC calls an evacuation kit, which includes a three-day supply of water, flashlight, battery-powered radio, first aid kit, seven-day supply of medication, personal hygiene items, extra cash, and a waterproof bag with copies of documents such as deeds, birth certificates, and insurance policies. You can find information on the CDC website and on the website of the AARP. The third thing is to know your neighbors. The fourth is to engage in disaster and emergency planning with your children or other family members.

CAM: If one of the challenges is that older people may be unwilling to accept help because they fear for their independence, how do you convince them to comply?

EW:The best thing is to try to model disaster preparation behavior. Involve older people in planning. Don’t say, “This is for you, Mom,” because that’s often taken as paternalistic. That strategy never worked with my mother. I had to say, “This is what we’re doing at our house to prepare for this eventuality.” One social intervention would be making more evacuation orders mandatory—a policy that is supported by research studies. Otherwise, people will take those estimates on the Weather Channel too literally and say, “Oh, there’s only a 20 percent chance that this will happen to me.”