New York Times restaurant critic Ligaya Mishan, MFA ’95, is in a Fort Greene sandwich shop at lunchtime, but she’s not eating. She’s just not particularly hungry, Mishan explains apologetically. But in the name of research for a possible future review, she peppers her companion with questions about her sandwich, dubbed the Oxford: sliced pickled beets on ciabatta with miner’s lettuce, sheep’s milk yogurt cheese, apples, and mint pistou. (It’s intriguing, if unwieldy —and much more flavorful when topped with the housemade pickled jalapeños.) Despite repeated offers, though, Mishan can’t be tempted to take even a bite. When you review restaurants for a living, it turns out, sometimes your idea of bliss is a cup of unsweetened mint tea. “I’ve eaten out so much, and I’ve had the good fortune to eat at so many special places, that sometimes it takes more to impress me—which is a loss, I think,” the slender brunette muses as she sips. “Sometimes I’ll go to a place that’s without a doubt a really good restaurant and I’m just not excited, which is terrible. I hate being jaded in that way.” 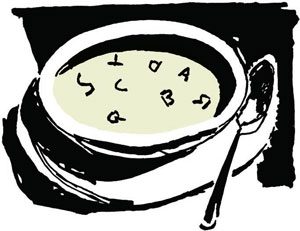 Mishan pens the Hungry City column, which runs every Thursday in the Times‘ Dining & Wine section. It used to be called $25 and Under—but as Mishan notes, “that isn’t a realistic price point anymore.” In keeping with the column’s modest roots, Mishan doesn’t hunt the great white whales of Gotham cuisine; that task falls to the paper’s chief restaurant critic, a post currently held by Pete Wells. (It was Wells who sparked a foodie brouhaha last November with his colorful panning of the Times Square eatery of “Diners, Drive-Ins, and Dives” host Guy Fieri; the review, a masterpiece of snark crafted entirely in the form of questions, garnered more than 1,000 comments on the Times website.) “He goes to the show; I do little places,” Mishan says. “My parameters are, ‘It’s Thursday night, and you want to go somewhere really good.’ It’s not the places that you fly to New York to try, it’s the ones you go crosstown for.”

In choosing her subjects and crafting her columns, Mishan aims to tell a good tale, not just assess the comestibles. As she points out, flavor can be a hard thing to quantify—and there are only so many ways to describe, say, a pickled beet sandwich. “I hope I’m writing pieces that even people who aren’t interested in food would find entertaining,” she says. “That’s the real goal: to give an accurate sense of the restaurant, its food, and the experience of dining there, but also to make it worth reading.”

A previous editor once offered some advice: stop writing about the food so much. She took it to heart, if not to the stomach. As she wrote in April: “It is forever after hours at the Library at the Public, a crepuscular attic of a restaurant chiseled last fall from the upper recesses of the lobby at the newly renovated Public Theater.” In a column on a pan-ethnic tapas-style place in South Williamsburg, she described “a kind of culinary free association that can be borderline loco or brilliant, sometimes both at once.” As she went on to write, after taking issue with the restaurant’s too-sweet lamb meatballs and poorly executed foie gras: “The ephemeral nature of the small-plates format makes it easy to forgive such slips, as does the loungey atmosphere, somehow sleepy and exciting at once, with spartan concrete walls interrupted by moody abstract canvases and a discolike play of light. On my visits, the waitresses seemed to all have dark hair in top knots, like latter-day Frida Kahlos.”

Regular readers of Hungry City may be unsurprised to learn that Mishan has a background in poetry. After graduating from Princeton and spending a year in Russia teaching English to members of the Supreme Soviet, she earned an MFA from Cornell’s famously selective two-year program, which accepts only four poets into each class. After completing her master’s she returned to her native Hawaii and got a job in advertising. “I worked a lot on travel accounts,” she recalls, “so there was room for writing about pretty things.” She held several posts at the New Yorker, including proofreading and website editing, before being tapped to write the magazine’s Tables for Two reviews, which led to an offer from the Times. “I see myself as an accidental food writer; I definitely stumbled into that subject matter,” she says. “There’s always this tension for me between poetry and clarity—wanting the language to be vivid and different, but running into the hurdle that of course it has to be perfectly clear.”

Unlike past Times critics like Ruth Reichl, Mishan doesn’t have a closetful of wigs and other disguises; she’s fairly certain that restaurants don’t know what she looks like, and she pays with a credit card bearing an assumed name. (Her prerequisite for a CAM interview: no photos.) For each 650-word review she eats at a restaurant twice, usually in a group of four with everyone ordering something different, then phones the chef to get a sense of the story behind the menu. “When I try these places, I don’t order the way I would if I were just going out to enjoy myself,” Mi­shan observes. “On my own, I tend to order the lightest dish; I might always order fish, but I can’t do that. I’ve got to order the lamb, and sometimes it’s really heavy. We’re living in a very carnivorous time and it’s over the top, with all this crispy suckling pig. Not that it’s not delicious; but duck, lamb, pork shoulder, all the time—sometimes I think that’s where it can be tiring.” But as she’s quick to add: “When anyone hears what I do they say, ‘That’s the most fun job you could possibly have.’ So I know I’m extremely lucky.”

While the readers (and subjects) of reviews may imagine that critics enjoy nothing more than sharpening their metaphorical knives, Mishan says the opposite is true. Eating bad food is no fun, she says—and neither is writing about it. When she does pan a place, she can seem a bit saddened by the task. “It is disheartening to be served such a thing, in such a cheerless space, hemmed in by dark wood paneling from the Seventies that no one wishes back,” she wrote of a Velveeta-covered sandwich at a Williamsburg fried fish joint. “With Baltimore sports memorabilia on the walls and a word unprintable in a family newspaper looming from the bathroom door, it suggests a teenage boy’s abandoned bedroom.”

It’s a big city, and Mishan knows the math. She has fifty-two columns per year in which to cover the mid-priced dining scene of a cuisine-obsessed metropolis—and as the mom of a five-year-old, she can’t hit the town as often as she used to. “Going out twice a week is an investment for me,” she says. “So if I go to a place that’s bad, it’s a waste of a night.” In that spirit, Mishan has been known to bail on a meal that seems unpromising—as she did one evening in Chelsea. “The appetizers were a hint that things were going wrong,” she recalls. “It wasn’t terrible in an insulting way, just very mediocre.” Her reviewing posse was game to move on, so she told the restaurant to pack up their entrees, paid the bill, and left. “We all piled into a van and went to the East Village,” she says, “and had a much better meal somewhere else.”