When doctor and documentarian Delaney Ruston ’88 went to New Delhi, India, to shoot her first interviews for a film on how mental illness is treated around the world, it didn’t go particularly well. In a city of 17 million people, she spent weeks searching for a willing subject—someone with a psychiatric illness who’d agree to speak on camera. Finally, she found one: a young woman with schizophrenia. But as soon as Ruston started rolling, the woman’s mother ordered her daughter to turn away from the lens, and the shoot was over. 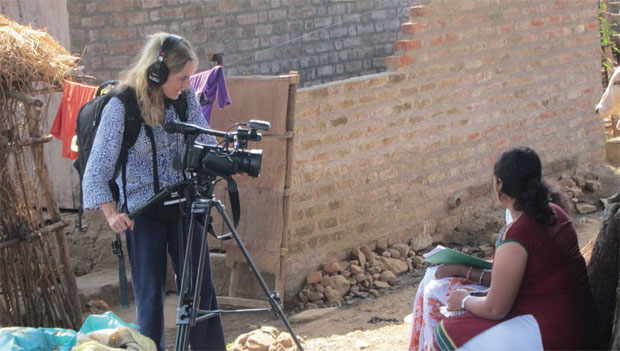 The episode underscores the lingering shame around mental illness—a subject that Ruston has long tried to understand and chronicle. A Seattle-based internist who works primarily in clinics for the underserved, Ruston approaches the issue of psychiatric illness more as a storyteller than a physician. It’s something she knows intimately: her father, Richard, suffered from paranoid schizophrenia. In 2006, he took his own life by jumping off the Santa Monica Pier. “My whole goal in pursuing documentary filmmaking,” she says, “was to use film to inspire social engagement.” With her latest project, she aims to explore what she decries as “the epidemic of silence surrounding mental illness worldwide.”

Coming to terms with her father’s illness fueled Ruston’s ambition to become a doctor. After earning her MD at Stanford, she entered residency at the University of California, San Francisco—and began to study filmmaking. Her first major success—Unlisted: A Story of Schizophrenia, which explores the deficits of the mental health-care system and documents her efforts to reconnect with her father—aired on PBS in 2010. While working on Unlisted, Ruston learned that, according to the World Health Organization, some 450 million people worldwide suffer from some kind of mental illness. “We tend to think we’re different in the United States,” says Ruston. “But as you learn about how mental illness is dealt with in other countries, rich or poor, you find more similarities than differences.”

Ruston’s latest film, which she completed after that rocky start in New Delhi, is entitled Hidden Pictures. It explores how people with mental illness are viewed, treated—and, often, neglected—in countries around the globe. In France, whose medical system is rated tops in the world, she finds a young man who’s managing his severe anxiety and depression. But he still feels ostracized, and his history makes it hard to find a job. In China, Ruston meets a brilliant young man consigned to psychiatric supportive housing near Beijing. Despite all indications that he’s well after eight years in the unit, his father will not agree to his release. In China, Ruston learns, parental wishes overrule a doctor’s orders.

In Cape Town, South Africa, Ruston notes the lack of collaboration between the Western approach to mental illness—psychotherapy and pharmaceuticals—and a culture in which such patients are often treated by traditional healers and herbalists. In New Delhi, she finds Sonal, a twenty-eight-year-old woman with schizophrenia who’s haunted by intruding voices. She’s seldom allowed to leave home except to travel two hours each way to one of the city’s few psychiatric clinics. Ruston finds the woman’s parents at their wits’ end. Sonal’s father, a physician himself, can’t pierce the veil of secrecy that surrounds mental illness, even as he describes his daughter’s condition as an imbalance in brain chemistry. 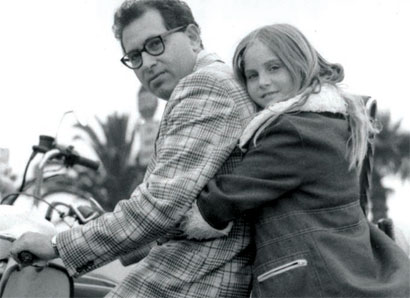 Moving picture: Ruston with her father in 1976. Suffering from schizophrenia, he later took his own life. Photo provided by Delaney Ruston

Hidden Pictures concludes with interviews in the U.S., including conversations with two prominent mental-health advocates: actress Glenn Close, whose sister is bipolar, and former congressman Patrick Kennedy, a recovering addict with a history of psychiatric issues. The film, parts of which were screened at a meeting of the WHO general assembly, airs on PBS starting in May.

In her films and elsewhere, Ruston notes that mental illness can have dire consequences. When her father took his own life, he contributed to a grim statistic: according to the International Association for Suicide Prevention, about a million people kill themselves each year, totaling roughly one death every forty seconds. “People with mental illness comprise the largest number of those suicides,” Ruston notes. “In more developed countries, suicide often involves guns or jumping off high places. But in poor countries, people often use pesticides.”

At the close of Hidden Pictures, Ruston—the mother of two teenagers—wonders aloud if her children will experience mental illness. And if they do, will society have moved from a shame-based view to one of acceptance, understanding, and support? “If just a fraction of the people with mental illness came forward and told their stories,” Ruston says, “I have to believe that global policies and attitudes would also have to change.”