Gabriela Wagner ’11 is a hybrid of glamour and gravity: she’s a former Miss Palm Beach County who finished college in three years, speaks fluent French and Spanish, and penned an honors thesis on the immunology and biochemistry of Listeria. Now in her second year at the Vet college, Wagner runs the nonprofit Gabby Wild Foundation, dedicated to raising awareness and funds for endangered animals.

For her inaugural effort, Wagner invited designers—many alumni of the TV show “Project Runway”—to craft garments evocative of a dozen endangered species, from the Chinese giant salamander to the Sumatran tiger to the Kakapo parrot. She wore each for one month in 2012, organizing photo shoots in Ithaca-area gorges and gardens. Her resulting media appearances, including New York Times Fashion Week coverage, highlighted each animal’s circumstances. Wagner plans to auction off the gowns in 2013. “Most people will want them as collectors’ items,” she says of the size-zero garments, worth $1,000 to $2,000 in materials and labor alone. “Others will want to be able to say that they saved the Rondo dwarf galago or the Ganges river dolphin with their donation.” 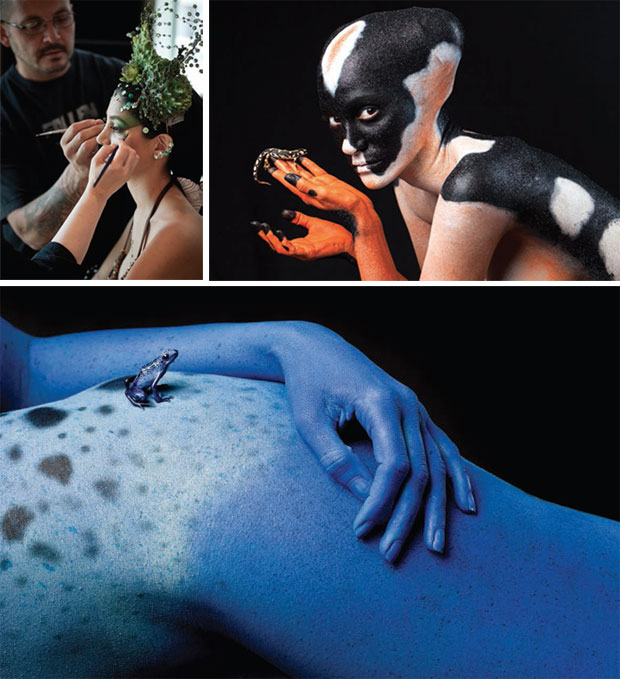 Human chameleon: Evironmental activist Gabriela Wagner ’11 was made up as (clockwise from top left) a Vietnamese mossy frog, a Luristan newt, and a poison dart frog.Robin Moore

Her latest campaign, Metamorphosis, is a collaboration with Scottish-born conservationist, photographer, and author Robin Moore. The two connected via Twitter and discovered a shared concern for amphibians, at least a third of whom are currently threatened with extinction—but who have an image problem, lacking the charisma of birds or mammals. “I said, ‘I have a crazy idea,'” says Wagner. “‘What if you turned me into a frog?’ ” The resulting photos—created with the help of two award-winning Hollywood makeup artists—will be featured in a book co-authored by Wagner and Moore, slated for publication later this year.