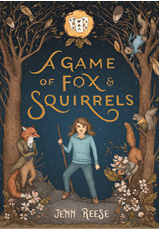 In this novel for middle-grade readers, an eleven-year-old girl named Samantha and her older sister are sent to live with an aunt in rural Oregon after a violent incident in their household. Despite the abuse they suffered, Samantha longs to go home—and she may have found a way to get there after her aunt gives her the magical card game of the book’s title, whose wily animal characters tempt her with the chance to fulfill her wish. “Beautifully written, this is no easy read,” says Kirkus, going on to call the novel “a haunting tale that brings the traumatic aftermath of family violence into focus with unsparing clarity.” Reese previously penned three books in her science fiction series for young readers, Above World. 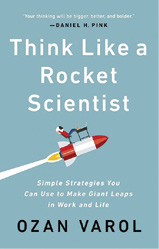 Varol majored in planetary sciences on the Hill and worked on an operations team for the Mars rovers; he went on to earn a JD at the University of Iowa and is now on the faculty at Lewis & Clark Law School. In his book—part pop-science tome, part self-help guide—he parses how aerospace engineers and the like do their jobs, and shares lessons for everyday life. “To think like a rocket scientist is to look at the world through a different lens,” he writes. “Rocket scientists imagine the unimaginable and solve the unsolvable.” Topics include “moonshot thinking” (taking on a seemingly impossible task), the value of redundancy, and lessons learned from failure. “Smart and witty,” says Publishers Weekly, “Varol’s masterful analysis explains complicated scientific principles and connects them to ordinary life for a mainstream audience.” 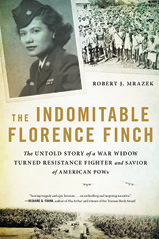 A former U.S. Congressman and a Vietnam War-era veteran, Mrazek is a prolific author of fiction and nonfiction, with many of his works in both genres related to military history. Here, he offers a biography of a woman whom the subtitle describes as “a war widow turned resistance fighter and savior of American POWs.” Finch worked as a secretary for the U.S. Army in her native Philippines until the country was brutally occupied by the Japanese; after forging documents to help Americans in internment camps, she went to prison and suffered torture, rape, and severe malnutrition. Finch survived and eventually moved to the U.S.—she passed away in Ithaca in 2016, aged 101—and was awarded the Medal of Freedom. Kirkus calls Mrazek’s biography a “richly detailed account of a courageous woman’s life.” 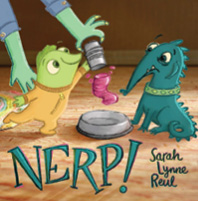 The latest children’s book from Reul, an author and illustrator, features drawings layered over photos of cardboard models. The story follows a toddler—not the human kind, but a fantastical creature with green skin and pointy appendages—who doesn’t care for the exotic foods on offer at mealtime, refusing them with repeated cries of “Nerpity nerp!” The colorfully illustrated dishes boast nonsense names: “skizzle klumps,” “oogly boogley,” “yuckaroni smackintosh,” and more. “This book forces adult readers to read silly words with silly voices, all the while displaying the story of an incredibly picky eater. What’s not to love?” says School Library Journal, going on to call the hardcover “truly one of a kind.” 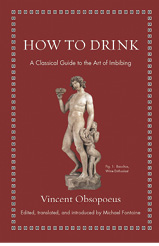 How to Drink
Michael Fontaine

Subtitled A Classical Guide to the Art of Imbibing, this small hardcover from Princeton University Press revisits a text by the Renaissance humanist and poet Vincent Obsopoeus, a sixteenth-century German alarmed by his society’s excessive drinking and determined to offer guidance on enjoying alcohol responsibly. Fontaine, a classics professor and vice provost of undergraduate education on the Hill, translates the text from the Latin (which is printed on facing pages to the English) and offers an introduction. “In America today, the opposite of sleeping around is not celibacy but monogamy,” Fontaine writes. “Obsopoeus recommends an analogous attitude toward alcohol. For him, moderation, not abstinence, is the key to lasting sobriety.” The volume is part of the press’s Ancient Wisdom for Modern Readers series. 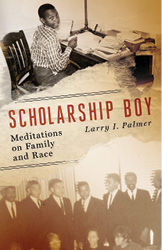 A professor emeritus of law, Palmer joined the Cornell faculty in 1975 and served as vice provost and vice president for academic programs. In this memoir, he recalls his childhood as one of ten siblings in an African American family in St. Louis in the Forties and Fifties, as well as his experiences as a student on a full scholarship at Phillips Exeter Academy. Palmer was fourteen when he matriculated at the prestigious New England boarding school, whose student body was overwhelmingly white and privileged. He would go on to graduate from Harvard cum laude and earn a law degree from Yale. “I internalized the tensions of American’s twentieth-century cultural and racial upheaval in a peculiar way,” he writes, contemplating having a foot in each world, “because I spent my coming of age years in two different, but related, households.”