More than 700 alumni, students, faculty, and staff  gathered in Boston in mid-January for the Cornell Alumni Leadership Conference (CALC). The annual gathering allows volunteer leaders to meet, network, discuss relevant issues, and hear the latest campus news. “It’s great to be here and learn what’s going on,” said Danielle Trostorff ’73, who traveled from New Orleans, where she is chair of the local Cornell Alumni Admissions Ambassador Network (CAAAN), “and it’s great to hear so many speakers share their experiences.”

The weekend started off with a luncheon panel featuring some top administrators—Lance Collins, dean of Engineering; Alan Mathios, dean of Human Ecology; Scott MacDonald ’78, PhD ’86, senior associate dean of Arts and Sciences; Andy Noel, director of athletics; and Mary Opperman, vice president for human resources and safety services. Alumni-elected trustee Meredith Rosenberg ’92 served as moderator. It was followed by an afternoon of panels that focused on honing skills for volunteer leaders including mentoring, diversity issues, event planning, and running effective meetings. Simultaneously, leaders planning this year’s Reunion spent the afternoon in workshops, nailing down more details for the big event. The evening was capped off with a tailgate party for the men’s and women’s hockey games against Harvard.

Boston bash: The Cornell Alumni Leadership Conference drew hundreds for a weekend of educational and social events–including a viewing of the Big Red’s hockey contests against Harvard.

Liana Passantino ’11 was at her fourth CALC, having attended since she was a student leader. “It’s a great opportunity to connect with alumni beyond your class and your responsibilities as a class officer,” she said. “It’s amazing to see all the different volunteers from so many groups, and that alumni of all ages continue to be engaged.” Classmate Kyle Scott ’11 agreed. “I enjoy coming,” he said, “because I not only learn from panels, but I get to meet and learn from so many incredible people.”

Saturday’s sessions included panels on philanthropy, examining the volunteer experience, and gearing up for the Sesquicentennial. The luncheon featured a panel comprising a wide range of volunteer leaders, from young alumni to veterans. “It was exciting to see alumni who are engaged and that the enthusiasm for Cornell never ends,” said Julia Buffinton ’14, who attended as a student leader and member of the Senior Class Campaign.

CALC was also a time to honor alumni for their efforts on behalf of the University. The 2013 Frank H. T. Rhodes Award recipients were recognized; the Cornell Alumni Association Cup was given to the Young Alumni Duff Ball Committee; and the William “Bill” Vanneman ’31 Outstanding Class Leader Award was presented to Shig  Kondo ’43, who gave a touching and humorous speech. “Behind every successful man is a great wife,” he noted, “and a surprised mother-in-law.” Profiles of Kondo and the finalists for this year’s CAA Cup will be featured in the May/June edition of “Alma Matters.”

For those interested in attending CALC next year, save the date: January 16-18 in Boston. The event will also include a Sesquicentennial celebration.

For the past forty years, my fascination with Ezra Cornell’s “any person, any study” mission has never wavered. I am pleased to report that Ezra’s words guide trustee meetings as we work through the financial and academic challenges of making Cornell affordable and inviting to all deserving students, with the goal of having each class better reflect the racial, gender, and socio-economic makeup of our country. Under the leadership of Lisa Skeete Tatum ’89, the Trustee Task Force on Diversity is focused on student achievement and supporting initiatives to improve the academic experience and graduation rates of our diverse population.

Trustees help Cornell in many ways beyond meetings and committee work.  Eight years ago, the trustees supported the launch of Cornell Mosaic, with trustee Liz Moore ’75 at the helm. As the current chair, I am happy to report that Mosaic is flourishing—encouraging Cornell’s diverse alumni to have a lifelong relationship with the University and to fully engage in Cornell’s broad range of alumni programs, activities, and fundraising initiatives.

As a trustee, I have supported the Center for Intercultural Dialogue (fondly referred to as 626, where the center is located on Thurston Avenue). The center brings together students with diverse viewpoints, backgrounds, and experiences (through academic study and by mediating campus bias incidents) to develop skills and qualities that prepare them for global leadership.

My final thoughts go to the wonderful work of Cornell’s Engaged Learning and Research center. In March 2013, I represented the trustees in a weekend retreat with ELR staff and thirty professors to explore opportunities for Cornell as a twenty-first century leader in this area. Cornell has been recognized by the Carnegie Foundation as one of the country’s leading “institutions of community engagement” because of its many community research partnerships and civic engagement opportunities for students, faculty, and staff. Go Big Red!

Much Accomplished, More to Do 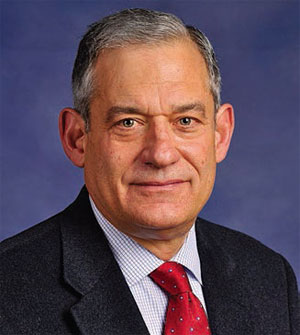 Four years ago, when nominated as an alumni-elected trustee, I wrote that Cornell must hold true to a rich and principled history while providing a bold vision of access, scholarship, and global contribution. In the time that you entrusted me to serve on the Board, Cornell has accomplished much, with more to do.

We have managed our complex alma mater out of the economic downturn under considerable financial constraint. With your help we have made great progress in the Cornell Now campaign, much of which is devoted to student scholarship and faculty renewal. The ability to provide competitive aid enables Cornell to attract students to our truly global University from a rich diversity of background, geography, and experience, consistent with our principle of need-blind admission. Faculty renewal initiatives attract new professors to all our campuses and secure Cornell among the world’s elite research universities.

The excitement surrounding the Cornell NYC Tech campus is now more than a headline, with initial faculty recruited, construction plans under way, and first classes enrolled. In conjunction with the new facilities and programs driven by the dean at the Medical College, Cornell’s reach and influence across New York has never been stronger.

I am pleased to have been part of this progress. Collaboration with many staff and faculty in Ithaca and New York has helped spur our efforts in technology transfer. I have been honored to co-chair the Committee on Alumni Affairs, which helped guide a task force on volunteer leadership along with many wonderful programs of engagement, communication, and outreach for our devoted and cherished alumni around the world.

As we approach our sesquicentennial anniversary, I can report with great confidence that our beloved Cornell is served by dedicated and highly skilled administrators and guided by an extraordinarily committed and talented board. It has been a deep honor and joy to have been an alumni-elected trustee these past four years, and I thank you for having given me the opportunity to serve.

Cornell offers its alumni a unique opportunity to vote annually for two alumni to serve on the Board of Trustees. Voting opened on January 31 and runs through April 1. If you have not received information, please contact Loreal Maguire in the Office of Volunteer Programs at llm94@cornell.edu.

The four candidates are:

Swearing-In Is a Big Red Affair

When Debra James ’75, JD ’78, took the oath in May as an elected justice of the New York State Supreme Court, the event had a Cornell feel to it. 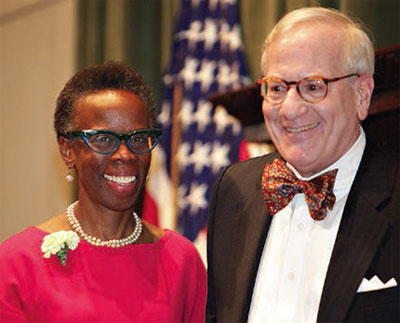 First, she wore a bright red dress. (This was not a coincidence; she did it in honor of the University.) James’s involvement as a Cornell volunteer is long—she was one of the first members of the Cornell Black Alumni Association and formulated its articles of incorporation. She is an alumna in residence at Alice Cook Hall on West Campus. She is a past vice chair of the University Council and a member of the President’s Council of Cornell Women. And she often visits the Law School to speak with students and provide career advice.

At the ceremony, Cornell Association of Class Officers president and past Rhodes Award winner Jay Waks ’68, JD ’71, made introductory remarks. “Although I mentioned Cornell twenty-two times,” Waks notes, “I had to apologize to [associate vice president for alumni affairs] Jim Mazza ’88 for not working Cornell into each line.” Waks also shared a message from Law School Dean Stewart Schwab. “Debra James has had a stellar legal career of service,” Schwab said, “and she will excel in her newly elected position that builds on her prior work.” True to the Law School’s motto, he added, James is “a lawyer in the best sense.”