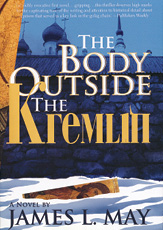 In what Kirkus calls “a fine debut,” May crafts a mystery set in 1926 in a brutal Soviet gulag, located in a former monastery on an island in the White Sea. His protagonist—a mathematician and former political prisoner named Tolya, who’s chronicling the events of his youth three decades after they unfolded—is an aficionado of detective fiction who had been recruited to help solve the murder of a fellow inmate, a man who’d been tasked with restoring seized religious icons. “The body signals that things have begun, doesn’t it, in a mystery story?” Tolya muses after describing the discovery of the drowned victim. “What I’m writing down is a mystery, then, a detektiv. Here is the body, at the beginning.” 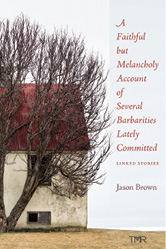 Brown—whose short fiction has appeared in such venues as the Atlantic and Harper’s—teaches in the MFA program at the University of Oregon. His third collection comprises ten linked stories following several generations of a family that has lived on the Maine coast for nearly four centuries. “The day before my sister’s pretend wedding, the family gathered in Maine for our annual meeting, at my grandfather’s island house, so he could tell us how much of a disappointment we’d been,” Brown writes, in the voice of the narrator of the title tale. “Dressed like a clam digger in rubber boots, filthy canvas pants, and an old sweatshirt full of pipe ash holes, he rose from his wing chair and leveraged himself to his feet with his cane . . . Like other monarchs, he may have confused menace with majesty and mistaken the wary looks of his subjects, cowering in the wicker, for devoted affection.” 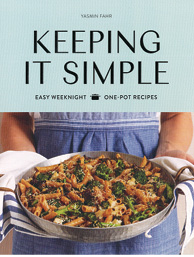 Fahr is a food writer and recipe developer whose résumé also includes serving as a fine-dining restaurant inspector for Forbes Travel Guide. Her first cookbook—inspired by One-Pot Wonders, her former column on the website Serious Eats—offers dozens of recipes designed to serve as easy weeknight meals. Dishes include miso-ghee chicken with roasted radishes; tomato-poached cod; curried lentils with cucumber-garlic yogurt; butternut couscous with crispy pancetta; skirt steak tacos with charred corn and spicy mayo; and lemony orzo with prawns, asparagus, and feta. Fahr also compiles a guide to essential spices and tools, definitions of cooking terms, and tips on technique such as how to properly chop a squash and juice a lime. 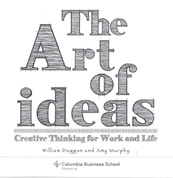 In this small, whimsically illustrated softcover volume published by Columbia Business School, Murphy—a licensed architect and a consultant for a global strategy firm—and her co-author offer a guide to “creative thinking for work and life.” They briefly discuss such breakthroughs as how Picasso adopted the painting style that would make him famous; how a failed lawyer named Mohandas Gandhi came to lead the Indian independence movement; and how a whopping video store late fee inspired the founding of Netflix. They go on to present strategies for appraising and solving problems, tips on making positive changes, a primer on the value of networking, and more. 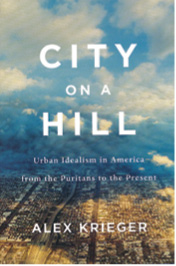 City on a Hill
Alex Krieger ’74

Subtitled Urban Idealism in America from the Puritans to the Present, Krieger’s book explores the many times in the course of U.S. history that prominent people—from Thomas Jefferson to Walt Disney, urban renewal zealot Robert Moses to gangster Bugsy Siegel—have sought to realize their vision of a model community. As the Wall Street Journal says in a review, the book “provides us with a useful history of the influential ideals—some of them prophetic, some of them unrealistic, and others downright cruel and unjust—that have shaped American cities. Many major figures thought they knew how to make America into a city on a hill, a utopia, a place where we could all live together in bliss and harmony.” Krieger is an urban planner and a professor at Harvard Graduate School of Design. 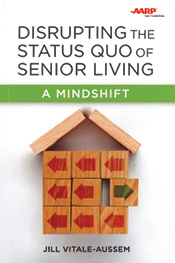 An alum of the Hotel school, Vitale-Aussem is a licensed nursing home administrator who has worked in the senior living field for more than two decades; she is currently president and CEO of the Eden Alternative, a nonprofit dedicated to preserving the quality of life of older adults. In this guide intended for both industry professionals and lay readers, she examines the benefits and deficits of various models of senior living and how they have evolved—weaving in the experiences of numerous elders including her own parents, who’d long resisted the idea of moving into senior housing. “Many people, turned off by the image and status quo of senior living, stay in their homes and are determined to age in place, even when they live in less-than-optimal circumstances,” she writes. “What is it about these communities that turns people off so much that they would rather wither away alone than make a change?”