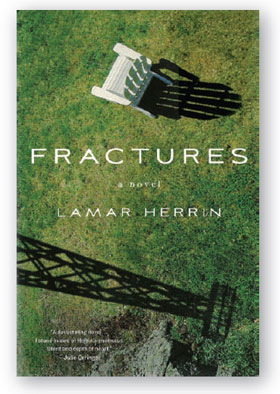 Amile below Frank Joyner’s hundred acres sits the Marcellus Shale—and a potential bonanza for him and his heirs. When agents for natural gas companies begin to lease the land around the family’s property, Frank, a sixty-year-old retired architect, must decide whether or not to permit drilling. In his latest novel, the Cornell English professor and author of The Unwritten Chronicles of Robert E. Lee plumbs the motives of three generations of Joyners and shows how the complicated issue of hydrofracking and the promise of money intensify underlying loyalties and disloyalties.

LIVE From Mongolia by Patricia Sexton ’97 (Beaufort). After nearly a decade as a Wall Street banker, Sexton had gotten caught up in the money, the lifestyle, and the need to stay for just one more bonus. But she decided to stop simply dreaming of becoming a foreign correspondent, quit her job, and landed an internship at Mongolia’s state-owned TV and radio station. Soon she was anchoring the English news, traveling to the remote steppe, and meeting others in pursuit of their dreams: a German brewmaster, a French horse tracker, and Mongolia’s top hip-hop artist.

Feminism and Power by Mary Caputi ’79, PhD ’88 (Lexington). “Feminism has always been a movement focused on oppression,” writes Caputi, a professor of political theory at California State University, Long Beach, “and it would be tragic—despite the empowerment women currently enjoy—to lose sight of that.” In her critique of the “brave new girl” strain of third-wave feminism, she argues that the manner in which many young women interpret their power in fact reflects an older, more traditional version of American rugged individualism that does not listen to the needs of the world.

Hunting Old Sammie by John Lauricella, MFA ’87, PhD ’93 (Irving Place). Three years after 9/11, Armand Terranova has left his job as a petroleum industry analyst and moved his family to Ithaca to escape the grinding hours. But he can’t escape his obsession with terrorists—a trait he shares with Luke Robideau, his next-door neighbor, who has built a sniper’s nest in readiness for the fight he believes will come. Luke sees Armand as an outsider and a privileged interloper; Armand sees Luke as a threat to his family. Mutual distrust builds up to a violent confrontation.

General Grant and the Rewriting of History by Frank Varney, PhD ’07 (Savas Beatie). Ulysses S. Grant’s version of history in his Memoirs has been commonly accepted as a reliable account of the Civil War. After comparing the memoirs with other primary sources, however, Varney, a professor of history at Dickinson State University, discovered instances where Grant falsified War Department records, blamed others for his errors, and did his best to destroy the reputations of several officers, especially General William S. Rosecrans. “Rosecrans was a far more effective general than we had previously thought,” he argues, “and deserves much more credit than he has received.”

Blue Is the Warmest Color by Julie Maroh, translated by Ivanka Hahnenberger ’83 (Arsenal Pulp). In a graphic novel—the film version of which won the Palme d’Or at the Cannes Film Festival—Clementine falls in love with blue-haired Emma and questions her ideas about who she really is.

The 228 Legacy by Jennifer J. Chow ’01 (Martin Sisters). Three generations of women in a Taiwanese family living in Los Angeles reconnect emotionally after a traumatic secret from Grandmother Silk’s past is revealed.

Shadow Play by Jody Bolz ’71, MFA ’73 (Turning Point). In her latest book, an elegiac novella in verse, Bolz explores youth and lost love with psychological insight as she retraces a backpacking trip through Asia and explores a failed early marriage.

Polly and the Peanut Pull by Rodo Sofranac ’71 (Inkwell). The smallest inhabitant of Peaputt Place teaches her friends the valuable lesson of working together for a common goal.

Travel for Seniors Made Easy by Mike Eicher ’60 (Tate). With research, planning, and a realistic assessment of one’s physical condition, travel does not have to be an ordeal for retirees. A former corporate executive provides practical advice on how to make international travel an enjoyable and stimulating experience.

Do Cool Sh*t by Miki Agrawal ’01 (HarperBusiness). The founder of Slice pizzeria provides advice for entrepreneurs and people who want to lead more fulfilling lives. She explains how to find your calling, put your passion in motion, and have the courage and confidence to become the “best version of yourself you could ever imagine.”.

Algorithmic Trading by Ernest Chan, PhD ’94 (Wiley). The principal of QTS Capital Management offers practical strategies on the use of mathematics and software for trading in complex financial markets.