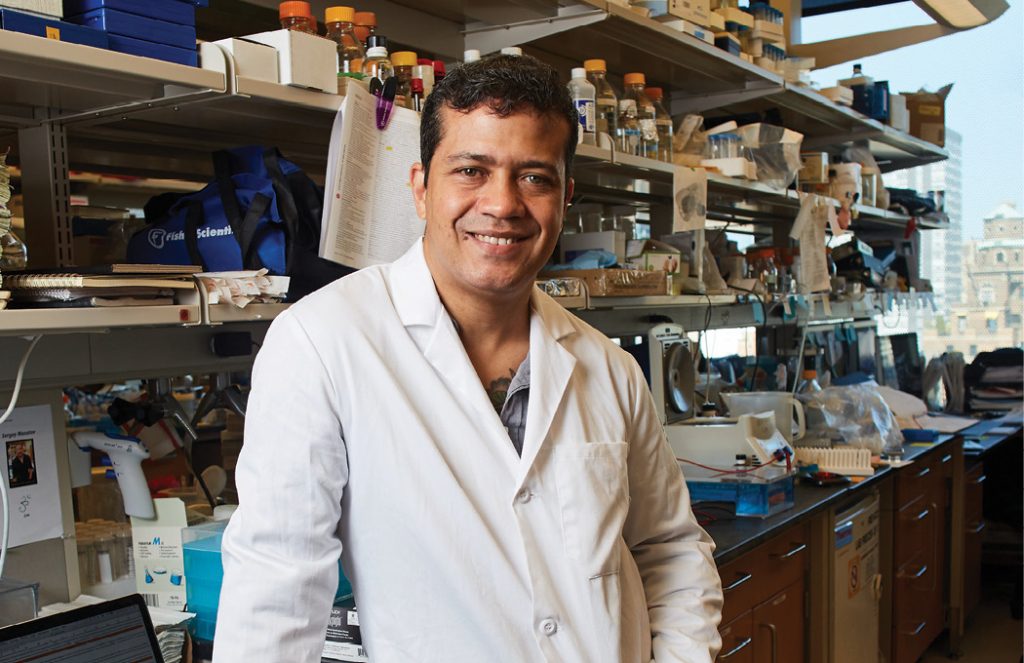 The doctor was trying to convince his patient to stop using tobacco—touting the many health benefits of quitting—but the diehard smoker was having none of it. Then a colleague stepped in and took a different tack. Didn’t the man want to live to see his kids graduate from college? Didn’t he want to meet his grandchildren someday? It worked. “In about five minutes, he had me eating out of his hand,” the patient recalls. “He knew just how to approach a difficult encounter and begin to make headway.”

That “patient,” in fact, was B. Robert Meyer, a professor of clinical medicine at Weill Cornell who was conducting a role-playing exercise in a class that introduces first-years to physicianship. The “doctor” was one of his students: Christian Saffran, newly matriculated in the college’s MD-PhD program.

Saffran’s skill at getting through to his ersatz patient—which got a round of applause from his classmates—was hard-earned, but gleaned from a different métier. A former detective, Saffran spent ten years with the NYPD before opening his own private investigation agency. While medicine and policework may seem worlds apart, Saffran notes they have a fair amount in common: both professions require the ability to deftly observe and ask the right questions, to put people at ease and get them to open up. “Part of being a physician is learning how to interact with strangers in the context of very serious things,” he says. “As you’re listening to your patient, you’re thinking about a differential diagnosis; you have to know when to let them speak and when to get them back on track, and I’ve honed those instincts over twenty years in investigative work.”

At forty-six, Saffran is old enough to be the dad of his fellow first-years—and actually, his daughter is about to graduate from Columbia this spring. (While he says that his classmates don’t treat him any differently, he allows that they’ve made a few well-placed jokes about his planned research focus: the biology of aging.) At a time of life when many people are nearing the apex of their careers and planning for retirement, he’s looking ahead—happily—to more than a decade of medical school, PhD studies, residency, and fellowship before he’s fully trained. “When I started, I needed to make the decision: am I focused on the long-term goal, or can I derive enough life satisfaction from being wherever I am at any moment? Can I be journey-centric? And I decided that I could be,” Saffran says. “This is not something I’m trying to get through. This is who I am now.” 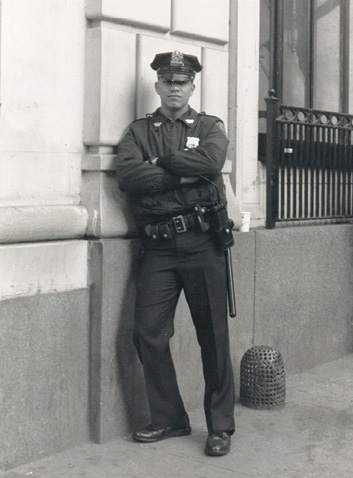 To Protect and Serve: Saffran in uniform

The path toward two doctorates has been windy and interesting, both academically and otherwise. Saffran excelled in math and science in school, but struggled with undiagnosed learning disabilities that made reading so difficult that college seemed out of reach. He joined the NYPD, he says, because he wanted to help others, and he was “willing to be the person running toward danger when other people were running away from it.” He eventually joined the department’s Organized Crime Control Bureau, where he did undercover work that he describes—in strikingly casual tones—as “extremely dangerous.” Sporting numerous tattoos and long dreadlocks, clad in smelly thrift-shop clothes, he’d often play a heroin or crack addict for low-level “buy and bust” operations; other times he’d pose as a smartly dressed trafficker of drugs and guns. “Sometimes I shake when I think about what I used to do on a daily basis,” he says. “Infiltrating drug cartels and having a gun put to my head or in my mouth and being interrogated, constantly having to talk my way out of situations. When you’re undercover, if you pull your gun it’s never going to end well. You’re always going to be outnumbered and have to shoot your way past four armed guys and their two Rottweilers.”

Saffran was a single dad, having gained sole custody of his daughter when she was five; when the undercover life became incompatible with parenthood, he retired from the force and opened his own P.I. agency, specializing in child-protective investigations. (Sample case: surveilling an alcoholic dad who was using his young child to defeat his car’s DWI-prevention breathalyzer, then endangering the toddler by driving drunk.) When his daughter was diagnosed with learning disabilities—but received help that enabled her to thrive in school—he realized that higher education might be an option for him after all. He earned a 4.0 at a community college and transferred to Columbia for a BS in biophysics; his senior year, his daughter was a freshman. After graduation he went to work in the lab of Michael Kaplitt, MD ’95, a professor of neurological surgery at the Medical College whose research includes gene therapy for Parkinson’s disease. “He’s both a practicing neurosurgeon and the principal investigator of the lab,” Saffran says. “In addition to the researcher’s instinct, he has a strong clinical foundation. He was always asking, ‘How does this work with a human being?’ and that spoke to me strongly. That’s when I realized I wanted to do an MD-PhD.”

He started classes last fall. It’s typically a seven- to eight-year program: after two years of medical school, students take three or four years to do PhD coursework, conduct research, and write a dissertation before returning to complete the MD. But with the aim of focusing on research when he shifts to his doctoral studies, Saffran piled on some grad school classes this year as well. “I’m doing well, and I’m really happy—I’m just not getting a lot of sleep,” he says with a laugh. “For twenty years I felt like this is a life I could not have. Now, to be able to make learning my principal occupation—it’s the most exciting thing in the world.”