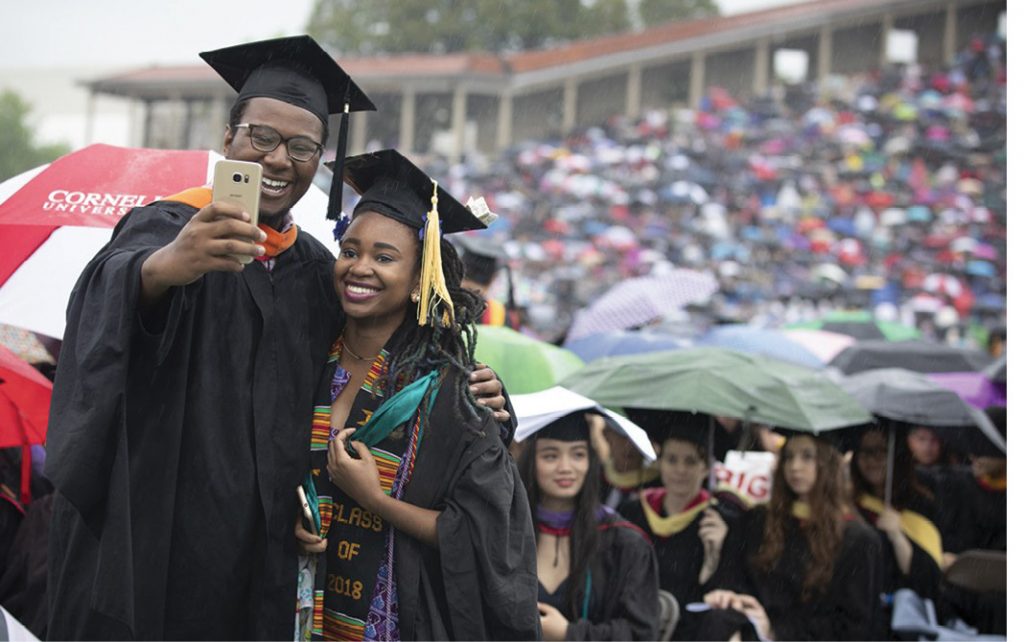 At Cornell’s 150th Commencement in Schoellkopf Stadium in May, President Martha Pollack conferred degrees on 5,500 “soggy, soaked, buoyant but wonderful candidates.” In her speech, she talked about the importance of heroes—and shared some of her own, including Nelson Mandela and one of her former math students, a young man who persevered despite his struggle with autism spectrum disorder. “So, find yourself some heroes,” she said. “They can be people you know or people you admire from afar. They can be like you or different from you. And when you are faced with challenges, use the hope and courage that your heroes inspire in you to be your best self.”

The previous day, graduates and their families enjoyed dry skies as they listened to the Convocation speaker, filmmaker Ava DuVernay. “History is our guide and our leash. We can decide which,” said DuVernay, director of Selma, a critically acclaimed drama about the seminal 1965 civil rights march in Alabama. “Will we be informed by the past and shift and recalibrate and mature and blossom? Or will we simply repeat and retreat to what has already occurred? We must declare which.” A UCLA alumna, DuVernay is both the first woman of color to direct a film that was nominated for a Best Picture Oscar, and to direct a movie with a budget over $100 million (this year’s A Wrinkle in Time). “I wanted to ask you to clarify and amplify your voice to declare yourself deeply,” she told the graduates. “I look forward to watching.”

Among the newly minted crop of alumni was an unusual pair: Kiley McPeek ’18 and her grandfather, Herb Doig ’56, MPS ’18. McPeek got her bachelor’s from the Dyson School, while the eighty-three-year-old Doig earned a master’s in natural resources. He had begun his grad studies more than a half-century ago, but left two credits shy of completing the program after his first child was born. The degree, he says, “was unfinished business that I didn’t like hanging out there.” 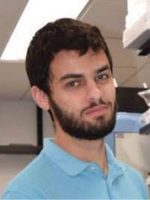 On the Friday of Commencement weekend, the body of graduating Arts & Sciences senior Avram Pinals ’18 (right) was found in Fall Creek Gorge. A biological sciences major with a minor in music, Pinals had been set to attend medical school at the University of Michigan in the fall. Although no official cause of death was announced, foul play was not suspected, according to a statement by Ryan Lombardi, vice president for student and campus life. In the Daily Sun, neurobiology and behavior professor Robert Raguso, Pinals’s faculty adviser, remembered him as “a young man with great intellect, a generosity of spirit, and a genuine interest in other humans and their welfare.”

‘The diploma you are about to receive is a symbol of the power you’ve proved that you have. Go use your power wisely.’

Big Red food scientists have developed a way to process beet juice so it retains its color, offering a natural alternative to synthetic dyes in food production.

Cornell has teamed up with Italy’s University of Bologna to establish a Center for Vehicle Intelligence, which will conduct research in collaboration with luxury carmakers such as Ferrari.

By studying courtship dances, researchers at the Lab of Ornithology have confirmed that the Vogelkop superb bird-of-paradise, an avian native of New Guinea, is its own species.

That the crystal ball from The Wizard of Oz was recently on display in Kroch Library? The iconic movie prop was on loan this spring from Jay Walker ’77, BS ’78, who acquired it for his Walker Library of the History of Human Imagination. 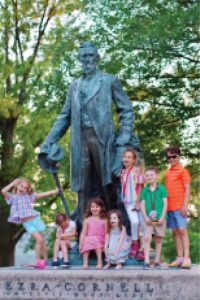 BACK ON THE HILL: Reunion 2018 brought more than 5,400 alumni to campus—the most in Cornell history. The Class of 1978 set a record for attendance at a 40th Reunion, with 326 classmates returning. Fundraising campaigns by reunion classes totaled $89.7 million. 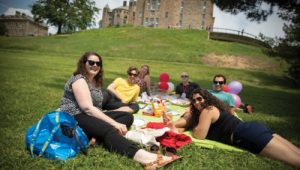 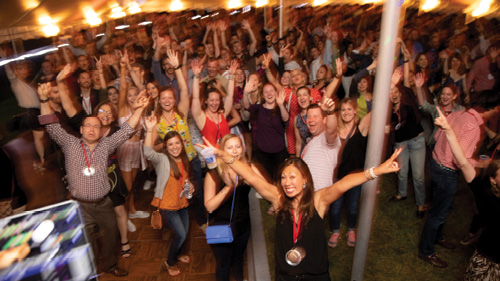 Eduardo Peñalver ’94 (left), appointed to a second five-year term as dean of the Law School.

MFA creative writing student Yessica Martinez (right), whose family fled violence in their native Colombia when she was ten, winner of a Paul & Daisy Soros Fellowship for New Americans, which supports graduate studies for immigrants and the children of immigrants. 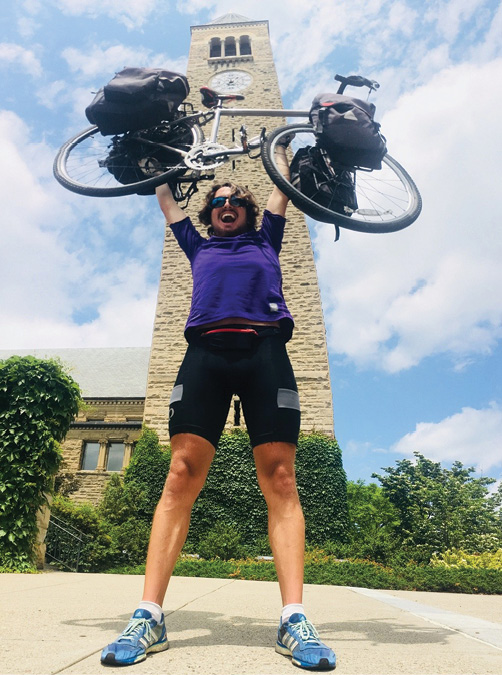 LONG AND WINDING ROAD: George Epstein ’15 finished his ten-month, 10,893-mile circumnavigation of the continental U.S. by bicycle with an appearance at Reunion, where he was fêted onstage at Cornelliana Night and sang with the Glee Club and Chorus. Epstein, who is from suburban New York City, made the trip to raise funds and awareness for ALS. 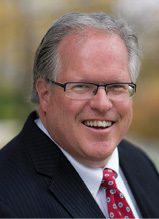 Jim Mazza ’88 (left), who served the University in various roles with Alumni Affairs and Development for three decades, has stepped down from his position as associate vice president for alumni affairs and begun phased retirement as of June 30. His previous jobs included overseeing regional club programs, serving as associate vice president of colleges and units, and directing the launch of the “Far Above” fundraising campaign in 2007. “Jim is a Cornellian through and through,” says AAD vice president Fred Van Sickle, “and the University has benefitted over many years from his dedication and service.” Mazza is succeeded by Michelle Vaeth ’98, a veteran PR and corporate communication executive. Her alumni volunteer work has included serving as president of the Cornell Club of Southwestern Ohio.

Georgene Huang ’01 is a co-founder of Fairygodboss, a website that…
(Use your mouse to reveal the correct answer.)

b) Assesses how female-friendly companies are 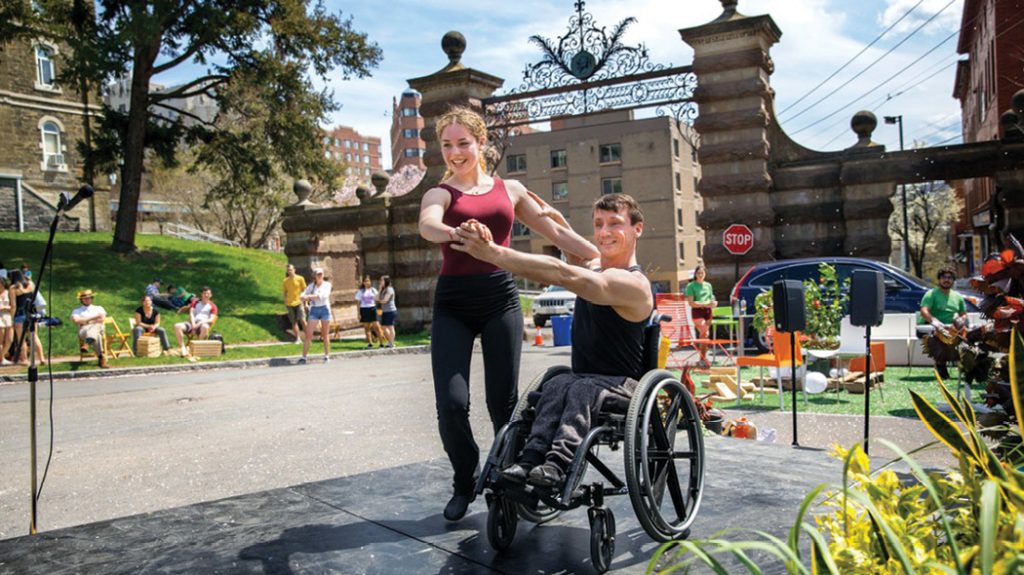 BLOCK PARTY: Human Ecology student Nicole Agaronnik ’19 (left) and community member Rik Daniels dance during Project Eddy Gate, a weekend-long event in early May. As organizers describe it, the area adjacent to the ornate gate in Lower Collegetown—built in 1896 as an entryway to campus—was “temporarily transformed from dark and vacant alley to lively outdoor living room,” featuring performances, art installations, and more.

Following a series of incidents involving hazing, underage alcohol consumption, and other misconduct over the past several years, President Pollack has announced sweeping reforms for the campus Greek system. “I believe that it is important for the community to understand that the behavior in question goes well beyond innocent fun,” she said in a statement to the University community in May. “It includes extremely coercive, demeaning, sexually inappropriate, and physically dangerous activities that jeopardize students’ health and lives. The danger of such reckless actions cannot be ignored.”

The measures include—effective immediately—a total ban on hard alcohol in residential chapter houses, and a mandate that substantiated acts of hazing will lead to chapter suspension and loss of recognition; cases that include “coerced alcohol or drug consumption, sexual or related misconduct, or other forms of violence or mental abuse” will result in suspension for a minimum of three years. By fall 2018, online scorecards will be published detailing each chapter’s judicial history; additionally, each Greek organization will have to submit a new member education plan before it can recruit pledges. By spring 2019, leaders of residential Greek organizations must be juniors or seniors who live in the house, and by fall 2021, all residential houses must have a full-time, live-in adviser. “I do not take these steps lightly,” Pollack wrote. “The stakes are high, and leaders of student organizations must come to understand their responsibility to promote the health and safety of our campus community.”

‘Feeling discomfort and angst at hearing words is not a legal reason to shut down other people’s rights to say those things.’ 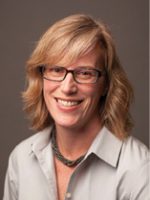 Alum is Vice Provost for Engagement

Communication professor Katherine McComas, PhD ’00, has been named the new vice provost for engagement and land-grant affairs. Her responsibilities will include serving as the academic lead for the university-wide Engaged Cornell initiative, advocating for Cornell’s role as New York’s land-grant school, collaborating on responses to the governor’s initiatives in higher education and economic development, and representing the University’s contract colleges in dealings with SUNY. A former chair of her department, McComas focuses her research on how people communicate about science, health, and the environment.