PHOTOS PROVIDED BY THE GETTYS GROUP

Roger Hill ’87 and his classmates-cum-colleagues have come a long way since their first commission: redesigning a public restroom at the legendary “Purple Hyatt” in suburban Chicago. 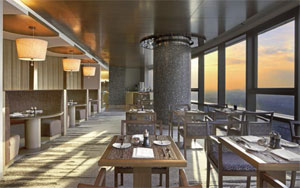 That was a quarter-century ago. Today their interior design and branding firm, the Gettys Group, works on major hotel projects around the world—from a Ritz Carlton in Miami to a Sheraton in Seoul to a Hard Rock in Macau to a Westin in Abu Dhabi. Among their flagship projects: the recently completed $58 million renovation of Hong Kong’s venerable, colonial-era Peninsula Hotel. But not all their work is high-end; their Chicago-area portfolio, for example, includes a DoubleTree and a Ronald McDonald House. “We have become storytellers—whether we’re doing it in something as elegant as the Peninsula or a fantastic Hampton Inn in Tupelo, Mississippi,” says Hill, the firm’s chairman and CEO. “That’s what’s been exciting. Being able to do that at all those price points makes us quite unique.”

Hill is based out of the firm’s Chicago headquarters, as is president and COO Andrew Fay ’87; managing director and principal Ariane Steinbeck ’87 covers Asia and the Middle East from her base in Hong Kong. They’re an international bunch. Hill grew up in Wisconsin; Steinbeck was born in Germany and reared in Spain; Fay is from Tasmania. (A fourth founder, Julius van Heek ’86, who’s no longer with the firm, hailed from Amsterdam.) “Design wasn’t that important when I first went into this niche of the profession,” Steinbeck observes, speaking via cell phone from the back of a Hong Kong taxi. “It was important for the hotel companies to be consistent and meet the needs of the guest. The emphasis on design, having a unique environment, became more important as time went on.” 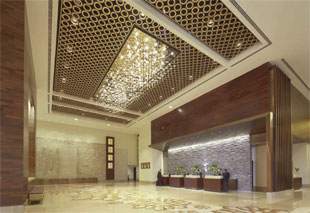 In the U.S., about 90 percent of Gettys’s work involves renovations; it’s the opposite abroad, where new construction is favored. “There’s a stronger desire for more environmentally friendly design and projects that are more socially responsible,” says Fay, forming the third leg of a tri-continental conference call as he speaks amid the chatter of a Dubai shopping mall. “There’s also a desire for projects that are more authentic, in that they embrace their local culture—using indigenous materials, developing a stronger connection with the environment the project is in. A lot of our earlier projects, you could’ve been in Kansas City or Sydney or Moscow. But now, customers are a lot more sophisticated in their expectations.” But as Steinbeck notes, guests’ underlying desires spring eternal. “You want a comfortable place to sleep and a great shower,” she says. “You want to feel safe. You want to make sure you can do business or have a fabulous vacation.”

The firm’s first high-end project was designing the spa at Chicago’s Four Seasons. Its first large-scale commission: renovating the more than 2,000 guest rooms at the Hyatt Regency Chicago—at the time, the largest American hotel outside Las Vegas. Gettys pioneered a number of innovations, including a method for reupholstering guestroom chairs on site. (Since there were 4,000 of them, not having to cart them to a repair facility whenever they were broken or soiled saved a lot of time and money.) Then there was another clever bit of engineering—a simple-but-elegant notion that remains beloved to power-hungry travelers the world over. “We were the first people to put an outlet in a hotel lamp,” Hill says, then adds with a laugh: “We only regret that we didn’t figure out a way to patent the technology.”