In CAM’s downtown Ithaca offices, there’s a room we call the library—a space stuffed with more than a century’s worth of issues of the magazine, Cornellian yearbooks from 1868 to 2020, dozens of books on University history, old maps of campus, and much more. And along one wall dwells a hulking relic that exists nowhere else: a collection of some 245,000 index cards cataloguing every single person who matriculated on the Hill from the 1860s to the 1970s. 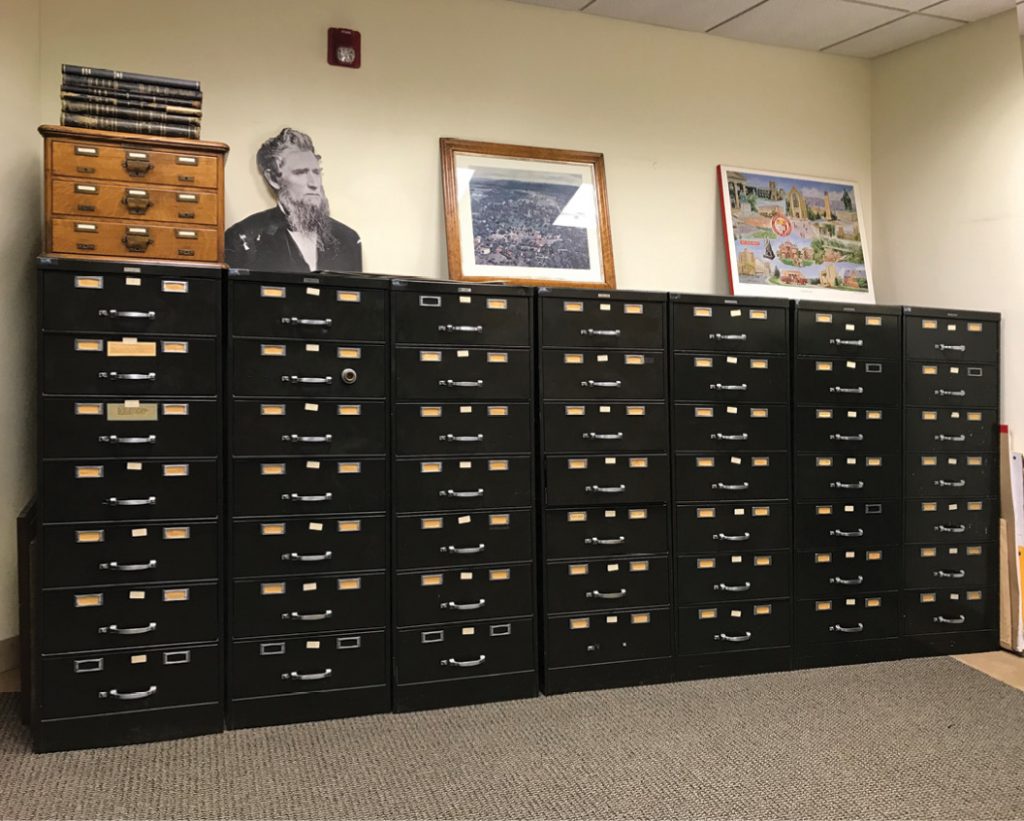 Though the card files haven’t been maintained since some time in the early to mid-Seventies, they’ve stayed with us through multiple moves over the decades; as a repository of lore about Cornell’s first century, they’re quite literally irreplaceable.Hobbes Elliot

Once upon a time, each new student—both graduate and undergrad—got their own five-by-eight-inch card, created by CAM’s in-house “indexer” and containing such information as class year, birthplace, parents’ names, home address, and even what high school they attended. After each new issue of the magazine was published, that staffer would meticulously note every alum whose name appeared in it, stamping their cards with the corresponding volume and page number—a monumental task that becomes even more impressive when you consider that CAM used to come out weekly. Some notable alumni—such as famed photographer Margaret Bourke-White ’27 and Morris Bishop 1914, PhD ’26, author of A History of Cornell—appeared in the magazine so often, the stamps fill the front and back of their original card and spill over onto a second.

The card files are housed in seven dark green metal cabinets measuring a total of about eleven feet long, four and a half feet tall, and two feet deep; when CAM moved into our current offices in the early Aughts, special care was taken to ensure that the floor could support their weight. A small three-drawer wooden box perched atop one of the cabinets contains the cards for non-alumni faculty and other oft-mentioned topics, such as the schools and colleges, sports teams, popular clubs, and campus buildings. 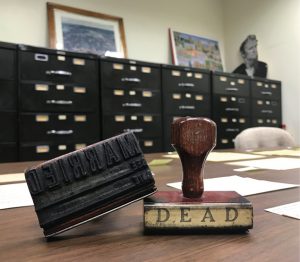 CAM still has the rubber stamps that recorded marriage (at left) and death.Hobbes Elliot

Until sometime around the turn of the previous century—when CAM must have acquired a typewriter—the cards were filled out by hand, in elegant cursive. Two rubber stamps, which still reside atop the cabinets, were employed to record key life events. When a female grad—and, notably, only the women—wed, her card was emblazoned with the word “MARRIED”; she was then allotted a second card, filed under her new surname. And when an alum passed away, it was recorded in no uncertain terms: the word “DEAD” imprinted in imposing, funereal black letters.

Though the card files haven’t been maintained since some time in the early to mid-Seventies, they’ve stayed with us through multiple moves over the decades; as a repository of lore about Cornell’s first century, they’re quite literally irreplaceable. On countless occasions, CAM staffers have turned to them for research, fact-checking, inspiration, and more—proving that even in the digital age, analog still has its place. 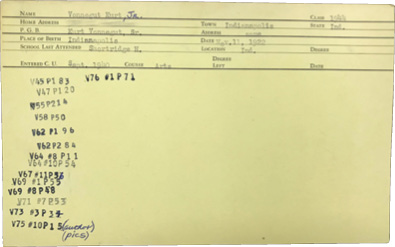 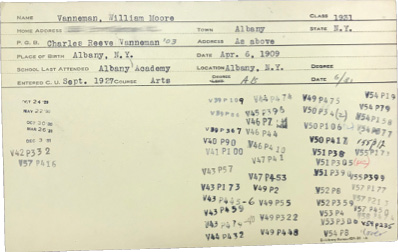 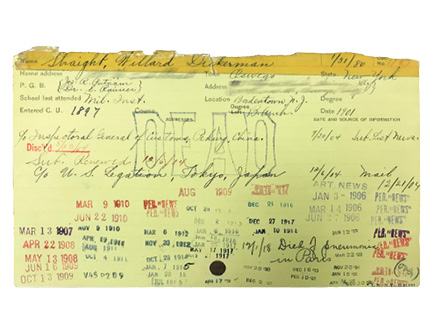 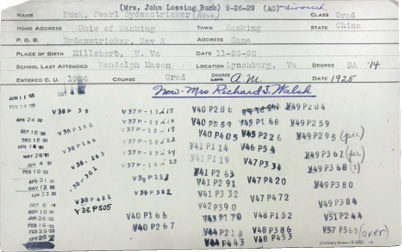 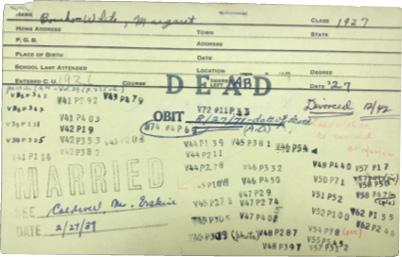