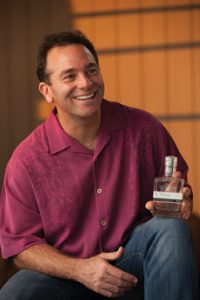 For Jason Brand ’93, the decision to retire at age thirty-six from the Wall Street rat race—with its 100-plus-hour workweeks and constant travel—came when his five-year-old daughter pointed to a phone and called it “Dad.” “Because that’s what Daddy was,” Brand says, with a sheepish shake of the head, “a voice on the telephone.”

Nine years later, Brand is still a driven businessman—but nowadays, the father of three has time for surfing and soccer practice. Living and working on the Hawaiian island of Oahu, Brand runs a craft distillery that makes high-end rum from local heirloom sugarcane. Dubbed Ko Hana (Hawaiian for “work of the cane”), the libation is made in small batches—generally from only one plant variety at a time—and sampled by the public in the island’s only tasting room for spirits. “We thought this is the perfect way to express what we think are very noble canes,” says Brand, noting that it took six years of scouring the state to collect and genetically sample the thirty-four varieties grown on his twenty-four-acre farm, which also hosts an aquaponics operation for lettuce and fish (see below).

Named for the first type of cane it grew, Brand’s Manulele Distilleries produces a type of rum that accounts for just 1 percent of the global market. Known as rhum agricole, it’s made—in the Franco-Caribbean tradition—from fresh-pressed cane juice; by contrast, Brand explains, most of what’s sold worldwide is rhum industriel, made from molasses. (Since molasses is a byproduct of the table sugar industry, he says, “that’s why rum tends to have off-putting flavors.”) Intended to be sipped straight or have a starring role in craft cocktails, Ko Hana is pitched as a fine beverage—the antithesis of what’s splashed from a plastic bottle into a Cuba Libre. The aim, Brand says, is to elevate rum in the vein of other spirits—like tequila, whisky, gin, and vodka—that have enjoyed a quality surge in recent decades. Indeed, to distinguish itself from mass-market brands that cultivate a dissolute, Captain Jack Sparrow sort of image, the company “made a big effort not to be piratey.”

To that end, Manulele—the name translates as “flying bird”—eschewed conventional round bottles in favor of elegant square ones, sourced from a French glassmaker and labeled and filled by hand. The distillery’s offerings include a clear, 80 proof White Agricole Rum ($30 for 375 ml) described as having notes of banana, fresh cream, and butterscotch; other varieties, ranging in price from $45 to $75, are reminiscent of a fine tequila or a smoky whiskey. (The latter is aged first in Chardonnay barrels of French oak before being moved to barrels that contained Laphroaig Scotch.) Manulele’s Kokoleka rum ($50) is blended with cacao and raw honey; it can be sipped as a dessert cordial, poured atop a piña colada, or reduced into a sauce for anything from pancakes to braised pork. 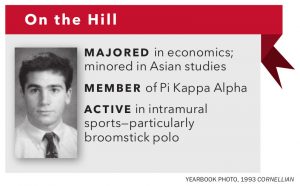 The distillery and farm are located in Kunia, about half an hour from the Honolulu airport, on property with views of Diamond Head and Pearl Harbor. The tasting room, which opened in 2015, is housed in a Fifties-era building, complete with a rolled-steel roof, that was once the general store for workers on the now-defunct Del Monte pineapple plantation.

Visitors are greeted with a glass of fresh-pressed cane juice before touring the operation and cozying up to the bar to sample the spirits and some of the other products the distillery sells, which include local honey, cake, coffee, and chocolate—all infused with rum in one way or another.

Out back is a garden showcasing each of the thirty-four types of cane grown on the property—plants that are not just the familiar green, but also jewel-like tones of yellow, purple, and red. The farm has been working with researchers at the University of Hawaii to preserve the island’s native varieties, Brand says; he notes that the last of the state’s cane plantations—which grew imported types favored for industrial sugar production—shut down in December. “Even at our small size,” he says, “we’ve become one of the largest sugarcane growers in the state.”

How did a Miami-born, Ithaca-educated financier wind up in Hawaii in the first place? Brand explains that when he was living in Tokyo and running Merrill Lynch’s Asia operations, his now-wife was still based in New York, where she worked as an actor and producer. “Hawaii,” he says, “became our meeting place.”