In an editing suite at Cornell’s natural sound and video collection, wildlife documentarian Nat Taylor ’00 is cataloguing some high-def footage he shot a couple of years ago. “These are all underrepresented species dwelling in the llanos of Venezuela,” says Taylor, a lab volunteer who recently returned from a trip to the Himalayas to document the effect of a hydroelectric dam on the indigenous people. “There are red howler monkeys, hummingbirds, all sorts of stuff; some funky things, like the scarlet ibis.” Down the hall, some Brazilian researchers have reserved time to work on dolphin recordings; in another room, a “name that sound” project is in the works for an environmental film festival. There’s a ruffed grouse who sounds like a tractor engine; lemurs whose territorial calls resemble a violinist tuning up; male northern elephant seals protecting their harems with noises that recall a bizarre combination of a chainsaw, ribbiting frogs, and adolescent boys having a belching contest. 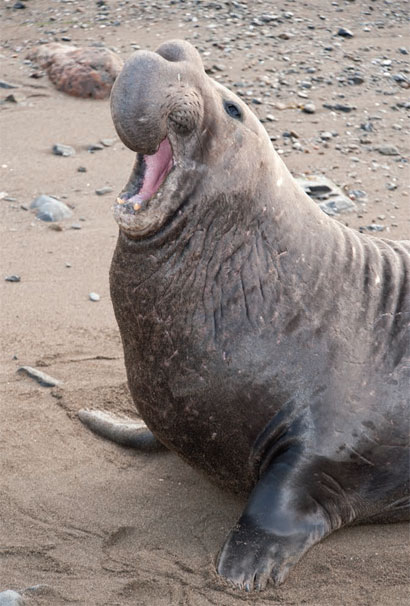 Then there are insects, known as treehoppers, who make clicking sounds—inaudible to the human ear—with vibrations conducted through their legs and into tree branches. “A Cornell PhD researcher took a phonograph needle connected to a small amplifier and put it on the branch, and this whole system of communication was revealed,” says audio curator Greg Budney ’85. “They have a repertoire. There are sounds that males make when they challenge one another, sounds that females make when they gather the nymphs in the face of a predator wasp. So these little bugs that you’d squash underfoot have complex and compelling lives.”

Welcome to the Macaulay Library, the world’s largest and oldest collection of wildlife sounds. Housed at the Lab of Ornithology—though containing many species besides birds—the collection recently marked a milestone: as of this winter, it has digitized all 150,000 of its archived audio recordings. The collection, formerly known as the Library of Natural Sounds, expanded to include video about a decade ago; its oldest audio recordings date to 1929, when researchers Arthur Allen and Paul Kellogg captured bird songs in Ithaca’s Stewart Park. Back then, says director Mike Webster, PhD ’91, the library was also on the cutting edge. “It was started by folks who were experimenting with the new technology of the day,” he says, “which was talkie films.” The digitization project, he says, is vital not only for preservation but for making the collection open to all. “Now anybody can go to our website and put in their favorite bird or frog or insect, and they can hear it,” he says. “It allows people to access things they wouldn’t be able to without a very expensive plane ticket.”

The library is free for researchers and the general public; those who use its recordings for commercial purposes pay licensing fees. Cornell’s audio has been included in Hollywood films ranging from Jurassic Park to the Harry Potter series, as well as smartphone apps and the work of such artists as Maya Lin. “One of our big goals is to help people appreciate nature through the senses they don’t normally use,” says Webster. “We’re visual creatures, but having these sounds online trains people to become active listeners. So the next time you go out in the woods, you’ll appreciate nature at a new level.”

To listen to the newly digitized collection, visit macaulaylibrary.org