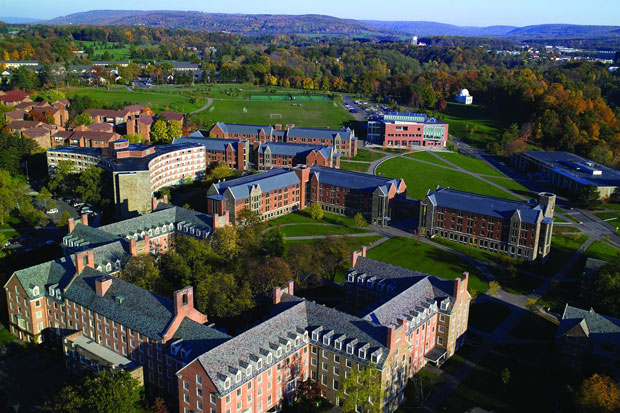 Today’s Cornell students have more housing options than ever. Though freshmen are required to live on North Campus, other undergrads have myriad places to choose from—from co-ops to Greek houses to dormitories to Collegetown apartments. Students’ housing choices are guided by various priorities: lower costs, livelier night life, easier access to campus, or just the chance to live with friends.

Here, CAM breaks down students’ housing options and explores what the different living arrangements have to offer. Unless otherwise indicated, the cost estimates do not include food.

All freshmen are required to live on North Campus, though they can choose among nine standard dorms and a townhouse complex, plus eight themed program houses (see below). The dorms range from classic residences like Clara Dickson and the all-female Balch to newer buildings such as Court-Kay-Bauer and Mews, which opened in 2001. The townhouses, which also house transfer students, offer the most spacious accommodations on campus, with four to six people sharing a bathroom, kitchen, living room, and dining area. 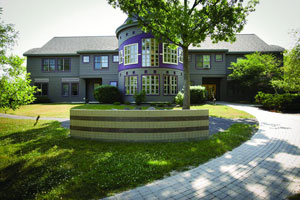 While open to freshmen, these themed residences—all but one of which are located on North Campus—also house sophomores and above. They include Akwe:kon (the Native American residence), Ecology House, Just About Music, the Latino Living Center, the arts-themed Risley Residential College, and Ujamaa Residential College, devoted to African American culture. Language House, on West Campus, is open only to non-freshmen.

Cost: the same as other North Campus dorms, plus a program house fee of up to $100. 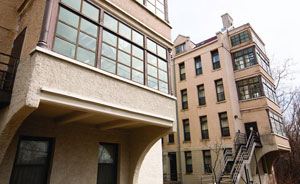 Sophomores, juniors, and seniors can live in one of four Collegetown dorms, including Cascadilla Hall, the University’s original building. Those in far-flung Schuyler House get a free bus pass. 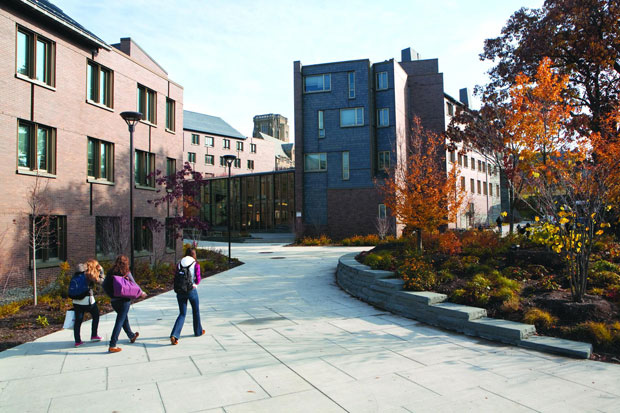 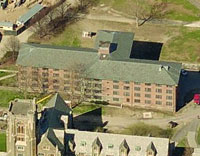 Loosely based on the residential college system at other universities, West Campus consists of five houses, each with its own dining facility. All named for former faculty, they replaced the aging U-Halls—originally built as temporary postwar housing—which were demolished in the mid-Aughts. About 65 percent of current residents are sophomores; 25 percent are juniors and 10 percent are seniors.

To live on West Campus or in a Collegetown dorm (see below left), students enter the Housing Lottery. It takes place over four days in March, when students go online at pre-set times to select from available rooms. Since sophomores are guaranteed on-campus housing if they want it, they have priority over juniors and seniors.

Postwar boom: Built in the Fifties, the U-Halls were demolished in the Aughts to make room for West Campus houses. 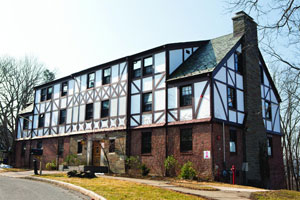 There are five on North Campus and four on West Campus. In the co-ops—which include Von Cramm, 660 Stewart, and Watermargin—residents share chores, and some have communal meals. Most are coed, with the exceptions of 302 Wait Avenue (all female) and Wari (for women of color). To join, prospective members enter a process called “mosey,” a two-week visiting period styled as a more relaxed alternative to Greek rush.

After sophomore year, most students move to Collegetown. Students begin apartment-hunting as early as September for the following year, and many aim to have a lease signed before October break. Students looking for large houses or apartments with more than six bedrooms are under the most time pressure, since inventory is limited. In recent years, students seeking prime properties have camped out overnight in front of the offices of one major landlord, Ithaca Renting Company, to snap up the next year’s leases when they become available on October 1.

Cost: per-person, per-month rents range from about $550 (in an older building with a less desirable location) to $1,500 (for one bedroom apartments in newer buildings close to campus). 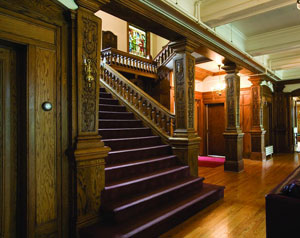 Women who join one of Cornell’s twelve sororities may live in their houses—all of which are located on North and West Campus—during sophomore year (or possibly later in the case of transfers). Living in a sorority means paying room and board in addition to chapter dues and other fees.

Cornell’s Office of Fraternities, Sororities, and Independent Living currently recognizes thirty-three frats that offer housing. (Several others are expected to return to campus in the future, following renovations, disciplinary infractions, or other issues.) As in sororities, fraternity members often live in their houses sophomore year, requiring them to pay room and board, dues, social fees, and a damage deposit.