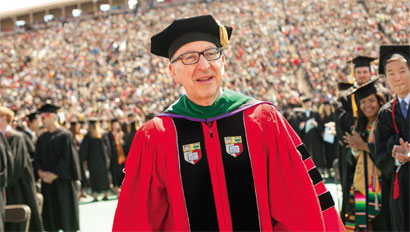 The search is under way to find a successor to President David Skorton, who leaves the University at the end of June 2015 to lead the Smithsonian Institution in Washington, D.C. Skorton will serve as secretary of the world’s largest museum and research complex, affectionately known as “America’s attic.” “This is an exciting, once-in-a-lifetime opportunity for David to lead one of the world’s truly great institutions,” says Board of Trustees chairman Robert Harrison ’76. “In selecting David, the Smithsonian has acknowledged what we at Cornell already know—that David is that rare leader who can guide a great institution to even greater achievement. They could not have made a better choice.”

Trustees have formed a search committee for the University’s thirteenth president, pledging to make the process “exhaustive and inclusive.” The nineteen-member committee—comprising trustees, faculty, staff, and students—will be headed by Jan Rock Zubrow ’77, who chairs the board’s executive committee. Members include Harrison, trustee emeritus Sanford Weill ’55, Medical College dean Laurie Glimcher, vice president for alumni affairs and development Charlie Phlegar, and astronomy professor Joseph Burns, PhD ’66. Chairmen emeriti Peter Meinig ’61 and Harold Tanner ’52 will serve as advisers. “This is going to be a great search,” Zubrow says. “Cornell is in a wonderful position in terms of its reputation, academic stature, and financial position, and that bodes very well for this process.”

A cardiologist, Skorton came to Day Hall in July 2006 after three years as president of the University of Iowa. His decision to remain on the Hill through the next academic year will allow him to preside over the University’s sesquicentennial celebration. The end of Skorton’s tenure as president will also mean his wife’s departure from the Cornell faculty; physiologist Robin Davisson, who holds appointments at the Vet and Medical colleges, will also relocate to D.C.  “I am honored to be chosen to lead the Smithsonian Institution, one of our true national treasures,” Skorton says. “The mission of the Smithsonian—‘The Increase and Diffusion of Knowledge’—resonates deeply with me and mirrors the collective mission of the remarkably talented community of scholars, students, and staff with whom I have had the privilege to collaborate at Cornell these past eight years.”

For updates on the search process, or to suggest a candidate, go to leadership.cornell.edu/president-search. 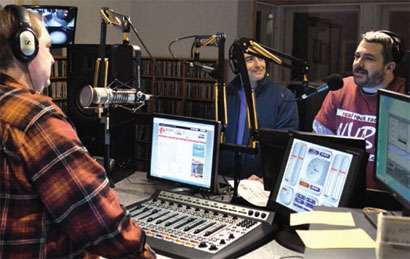 Just before St. Patrick’s Day, WVBR moved out of the  “Cow Palace” near East Hill Plaza—its home for fourteen years—and back to Collegetown. The station now broadcasts out of its new digs, Olbermann-Corneliess Studios at 604 East Buffalo Street. The facility, which features two production studios and a live performance space,  was made possible by donations from alumni and students; they include a large gift from Keith Olbermann ’79, who named the studios in memory of his father, Theodore, and his close friend Glenn Corneliess ’78, a former WVBR program director. “It has the amenities of any major corporate radio station,” outgoing general manager Drew Endick ’14 said on the station’s website. “But it has the appeal, space, and ability to innovate that any college radio station has.” 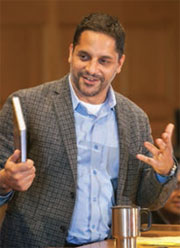 An expert in property law and land use currently at the University of Chicago has been named dean of the Law School. Eduardo Peñalver ’94, a Cornell faculty member from 2006 to 2012, will take office on July 1—becoming the first Latino dean of an Ivy League law school. He succeeds Stewart Schwab, dean for the past ten years, who will return to teaching after a sabbatical. Says Provost Kent Fuchs: “Eduardo’s extraordinary academic pedigree, deep love for Cornell, personal warmth, and engaging vision make him ideally suited to build upon the excellent work of Dean Schwab and to further advance the pre-eminence of the Law School.” A graduate of Yale Law School, Peñalver studied at Oxford on a Rhodes Scholarship and clerked for Supreme Court Justice John Paul Stevens. 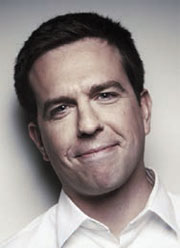 One of the University’s most loyal alumni—or rather the actor who played him on TV—will give the Convocation speech in May. Fictional alum Andy Bernard ’93, whom Ed Helms portrayed on the hit sitcom “The Office,” was Big Red to the bone—constantly dropping the name of his alma mater, sporting Cornell swag, and forever touting the talents of his campus a capella group, Here Comes Treble. In the show’s final episode, he revealed that he’d landed his “dream job” in the Cornell admissions office. “He’s entertaining and he’s a comedian—something that the Class of 2014 was looking for,” says Jennifer Lee ’14, chair of the students’ Senior Convocation Committee.

Why did the show have such a comically—some would say obnoxiously—loyal Cornellian? Although CAM supplied its production offices with copies of the magazine (featured prominently in one episode), our queries on the subject never yielded a straight answer—beyond the fact that a number of the show’s writers attended certain other Ivies, located far east of Ithaca.

Streeter to Be Finance VP 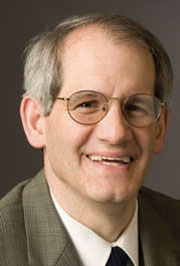 Paul Streeter, MBA ’95, previously the Vet college’s assistant dean for finance and administration, has been named the University’s vice president for budget and planning. At Cornell for nearly three decades, he succeeds Elmira Mangum, who assumed the presidency of Florida A&M University. In his new role, he is the senior administrator responsible for managing the University’s annual budgeting process, among other duties. He’ll also serve as a liaison to the Board of Trustees and to Medical College leaders on budgetary issues. “The heart of Cornell is at the unit level,” Streeter notes. “So understanding those needs, helping serve the units, and meeting those needs while still dealing within the university framework is the key. It’s all about working with people—fostering good relationships and building trust.”

Longtime Cornell benefactor and ardent alumnus Curtis Reis ’56 passed away in February from complications of heart failure. He was seventy-nine. Reis, who spent his career in banking, was chairman and CEO of Alliance Bank at his retirement five years ago. A member of a multigenerational Cornell family whose philanthropy included endowing the Reis Tennis Center, he was the son of L. Sanford Reis and Josephine Mills Reis, both members of the Class of 1929. President of the Class of ‘56 for more than twenty years, Reis was a cofounder of Cornell’s Adult University as well as a University Councilor and a Lifetime Trustee Emeritus. In 2000, his volunteer work was recognized with the Frank H.T. Rhodes Exemplary Alumni Service Award. Survivors include his wife of thirty-five years, Pamela Petre Reis, three children, and six grandchildren.

In March, two fraternities—Chi Psi and Theta Delta Chi—were put on interim suspension due to “credible allegations of serious hazing.” The status means that the chapters can’t engage in any activities other than operating their residences. It is invoked, the University says, “when a credible report is made indicating the actions of a chapter pose an immediate or imminent threat to students’ health, or that members’ actions are so egregious that the University is compelled to cease activities of the organization for the safety of the members, those joining, or guests.”