At the end of the 1965 film Doctor Zhivago, the title character is standing inside a crowded streetcar when he sees his beloved Lara walking down the street. He knocks on the window, trying to get her attention, then pushes his way off the tram. But as he begins to run after her, he collapses, the victim of a heart attack. 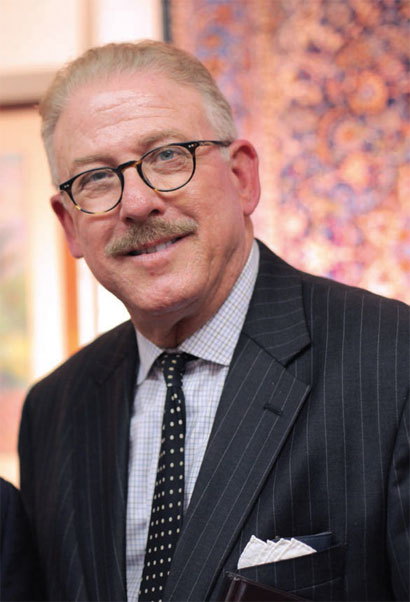 It’s a classic cinematic example that Manhattan-based cardiologist Jeffrey Fisher ’72 uses to show how the mind can affect the body. A surge in adrenaline can cause sudden cardiac death in the form of a lethal arrhythmia or the rupture of coronary plaque, he explains—and psychological factors can also harm the heart over the long term, leading to coronary artery disease. “People who have depression and anxiety need to be treated for it,” says Fisher, a clinical professor of medicine at the Medical College and co-editor of Heart and Mind: The Practice of Cardiac Psychology, “as much as they need to be treated for high blood pressure and high cholesterol.”

Fisher’s book, whose second edition came out last year, summarizes the growing body of research about the connection between mental health and cardiovascular disease. It includes a review of cardiology geared toward mental health professionals, enumerates psychosocial risk factors, and highlights important recent clinical trials. The editors distilled some 59,000 papers on the subject, more than half pertaining to the psychosocial factors—depression, social isolation, anger—of heart disease, the leading cause of death in the United States.

The connection between mind and body has been suspected and explored since antiquity. As Heart and Mind notes, an eighteenth-century English surgeon posited—with ironic prescience—that anger caused his chest pain; he died from a coronary event after arguing with colleagues. But it wasn’t until the twentieth century that researchers began to find an empirical basis for the anecdotal evidence. In 1959, Meyer Friedman and R. H. Rosenman, creators of Type A personality theory, reported a link between psychological stress and cardiovascular disease. “The hypothesis is that various stress factors, such as anxiety or easily aroused anger, damage arterial linings and make arteries more susceptible to plaque accrual,” says Fisher, “just as such standard risk factors as elevated cholesterol or high blood pressure do.”

Depression currently shows the strongest connection to increased risk of myocardial infarction, stroke, and sudden cardiac death. It is associated with generalized inflammation throughout the body and with less heart rate variability, a known factor in increased mortality. With higher levels of adrenaline, Fisher says, “your blood pressure goes up, your arteries constrict, your platelets become stickier.” These physiological factors are then exacerbated because people suffering from depression are less likely to follow doctors’ orders and adhere to healthy lifestyles—and more likely to self-medicate with alcohol, drugs, and junk food. As for intense emotion precipitating a cardiac event—as it did to poor Dr. Zhivago, and as it’s been known to do to agitated sports fans or victims of natural disasters—evidence shows that the heart muscle can indeed be damaged by a sudden release of adrenaline. Says Fisher: “Cardiologists have had to come to grips with the fact that an emotional event or trauma can cause a problem.”

Acceptance of cardiac psychology has indeed been growing. Five years ago, the American Heart Association began recommending that cardiac patients be screened for depression; in 2010 Medicare approved coverage for a program established by cardiologist Dean Ornish, who has shown that cor­o­nary plaque can diminish in patients who incorporate diet, exercise, and lifestyle changes, including support groups and daily yoga or meditation.

Fisher has been fascinated by medicine since childhood, when he nearly died from a rare skin condition called Stevens-Johnson syndrome. His interest in psychology was sparked by Professor James Maas’s legendary Psych 101 course, for which Fisher served as an undergrad teaching assistant. He planned on a career in psychiatry, but as a student at Albert Einstein College of Medicine he found the field too slowly paced for his temperament. He craved the immediate gratification of cardiology—but held on to his formative interest. “I never abandoned my belief in how the mind controls the body,” he says.

When the new edition of Heart and Mind came out last year, Maas was surprised to receive an inscribed copy from his former student, with whom he had not spoken in decades. “By the end of my career, I had quite a collection of incredible, impressive students,” says Maas, PhD ’66, who retired in 2012. “Jeff was right at the top of that group. Even as an undergraduate, he was incredibly personable and very, very smart. To bring psychology into medicine as he has, and to think that he even refers to me as a progenitor of his interest in this field, thrills me beyond belief.”

Fisher’s interest in the intersection of medicine and psychology continues to play out daily in his practice. He cannot fully care for his patients without knowing their emotional states, he explains—otherwise he’d be treating outcomes rather than causes. Says Fisher: “I don’t take their inner worlds for granted.”