Growing up, Scott Blanchard ’88 didn’t see his youthful misdeeds punished like those of the kids down the street—with an early curfew, extra chores, or a swat on the backside. “When I got in trouble, we would sit down as a family and have a conversation about my behavior, and my parents would inquire why it was incongruent with our values,” he recalls with a wry laugh, admitting he would’ve much preferred a spanking. “‘What was going on in your head and your heart when you did that? What was the impact you thought it would have on other people?’ I was a red-blooded American boy, and not particularly introspective, and it was torture. But it was also useful, because I learned to reflect on my behavior—and I definitely learned how to articulate a position. To stand up from the table, I had to be persuasive that I’d gotten the message.” 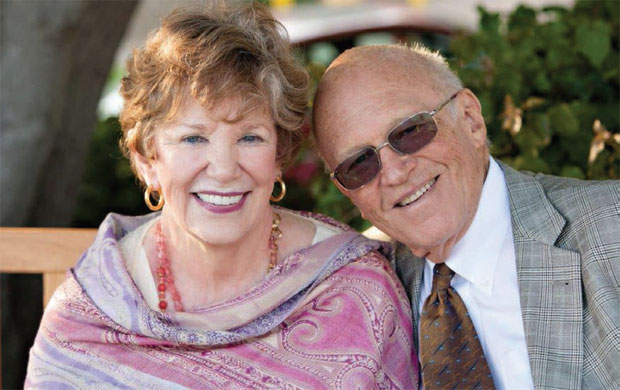 His folks aren’t just any set of enlightened parents. They’re pioneers in the field of management theory—and both at home and at work, he says, they’ve long practiced what they preach. His father, Ken Blanchard ’61, PhD ’67, is the best-selling coauthor of The One Minute Manager and more than three dozen other business guides; his mother, Margie McKee Blanchard ’62, MA ’65, is the co-founder and former president of the family firm, a California-based consulting company whose clients include Shell Oil, Kawasaki, Barilla, Merck, WD-40, and many others. “You’re not really attracted to our company unless you have a people-centered point of view,” observes Margie. “But if you don’t think your people are important, you’re not going to last very long anyway. When your people come down the elevator and leave, your company just left; they’re the secret sauce. It’s not the equipment; it’s the energy, creativity, and passion of your people that make it work. That’s what we teach, and that’s what our books are all about.”

It all started with The One Minute Manager, the slim volume that launched the “business parable” industry when it came out in 1982—and spent a solid year on the New York Times best seller list. The Blanchards had founded their firm a few years earlier, but the book brought their work to national attention. In it, Ken and his co-author—Spencer Johnson, who’d go on to pen another management classic, Who Moved My Cheese?—spin the tale of a young man who seeks advice from a successful manager, and comes away with simple but life-changing lessons in how to set goals, offer praise, and issue reprimands. “It wasn’t that it takes a minute to manage,” explains Ken, a Cornell trustee emeritus who majored in government on the Hill, “but that it only takes a minute to make sure somebody is clear on a goal, to tell them how much you appreciate how they did, or to redirect their energy if they’re off base.”

Constantly emphasizing the importance of human capital, the book offers such principles as, “People who feel good about themselves produce good results” and—in one of its best-known aphorisms—a good manager should reinforce workers’ success by “catching them doing something right.” The One Minute Manager remains in print more than three decades after it was first published, and a Kindle edition is due out in May. The book has sold more than 13 million copies, been translated into some three dozen languages, and spawned a series that includes such titles as The One Minute Sales Person and The One Minute Manager Meets the Monkey (the latter title refers to problems that aren’t yours, but which you take on anyway). “If all a person did were the three secrets of The One Minute Manager, they’d be pretty good,” says Margie, a former speech therapy major who holds a doctorate in communication from UMass, Amherst. “They’d make sure that people know what they’re doing; there would be written goals; they’d catch them doing things right more often than wrong; and if they got off track they’d notice it sooner rather than later. Wouldn’t that be lovely?”

At their 320-person firm—the Ken Blanchard Companies, which runs a speakers bureau and produces training materials in addition to consulting with corporate clients—Margie currently leads a think tank dubbed the Office of the Future. Ken, whose PhD is in educational administration, holds the title of Chief Spiritual Officer. “My dad is the real deal,” says Scott, a Hotelie. “He’s not a businessman; fundamentally, he’s a philosopher. He doesn’t manage anybody. It’s my mom and my uncle [CEO Tom McKee] who’ve built our company.” In 1991, Ken and Margie were named Cornell’s Entrepreneurs of the Year—a laurel they particularly savored, given that their family’s association with the University stretches back to shortly after its founding, when one of Margie’s forebears attended. (She notes with a laugh that when her mother, Natalie Perry McKee ’38, matriculated during the Great Depression, her freshman tuition was paid in the form of a load of coal.) The couple, who now have five grandchildren and a goldendoodle named Joy, met in Ithaca shortly after Ken graduated. Says Margie: “We dated that summer, got pinned in the fall, and got married that June.”

These days, the family firm includes a second generation, with Scott and his sister, Debbie, each holding the title of executive vice president. (Scott, who worked in the hotel business after graduation, focuses on marketing and product development.) Whether it will pass to a third generation remains to be seen, Scott says, as most of its members are still in their teens. “One of the rules in our company is that we don’t hire family members until someone else has offered them a job and they’ve held it for a while,” he says. “If you hire a kid right out of college with no experience, it can bad for them, because they haven’t really had a chance to succeed yet.”