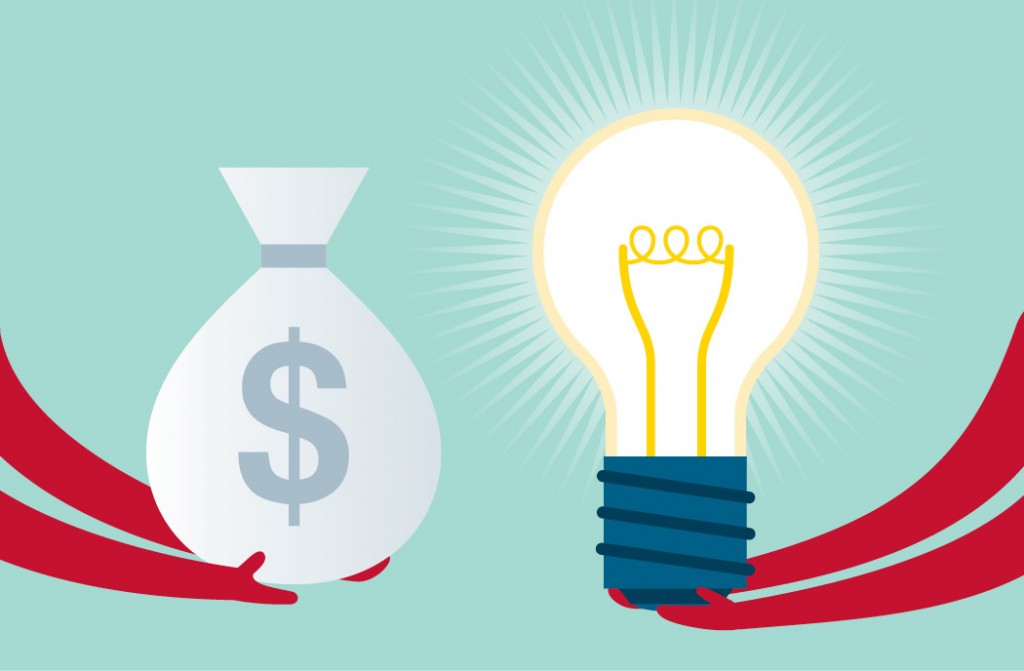 Jake Reisch ’15 based his first company on an unlikely concept: the silent disco. Party Headphones rents wireless headsets that play music for hundreds of people at bars, clubs, and house parties–without bothering the neighbors or violating noise ordinances. But while the start-up–born in 2013 out of a project for an entrepreneurship course–was successful, Reisch and his cofounders (who include Devin Jameson ’16) soon realized that the technology could have much wider appeal. “We had customers asking to tailor our product for older adults,” Reisch says. “We had been looking to expand into another market, and when we saw the impact we could make on their quality of life, we couldn’t resist.”

The result was Eversound, a business that provides wireless headphones to senior centers and eldercare facilities, to be used for group events, meetings, watching TV, and more. Unlike traditional public address systems, the headphones are specifically tailored to work with hearing aids, and the volume can be adjusted for each person’s needs.

Though RBA is not officially affiliated with the University, boosterism is an acknowledged motivation.

To develop Party Headphones, Reisch and his cofounders had used loans backed by the Small Business Administration. But Eversound, offering a simple fix for a growing need, promised to be a much more ambitious enterprise. So they turned to venture capital–connecting with Red Bear Angels, a new investors’ collective that focuses exclusively on start-ups with a Cornell connection.

The brainchild of Sam Sezak ’98, a partner at the private equity firm Blue Heron Capital, Red Bear Angels (RBA) is a growing network of some 275 Cornellian investors and advisers. Though it’s not officially affiliated with the University, boosterism is an acknowledged motivation; RBA offers advice and mentorship even to start-ups in which its members opt not to invest, and a portion of the profits go to on-campus entrepreneurship programs. “It’s about Cornell pride, mixed with the variety of experts within our alumni network,” says Meghan Cross ’08, the group’s managing director. “Cornellians are very willing to help each other out.”

That said, RBA is a for-profit enterprise, notes Harvey Kinzelberg ’67, founder and president of the private equity firm Sequel Capital and a member of the collective’s founding advisory board. RBA investors also hope to make money themselves, so they’re encouraged to offer their own expertise and connections. “We’re trying to help these entrepreneurs,” Kinzelberg says, “but we’re doing it in an intelligent way.” Furthermore, Kinzelberg argues, being accountable to investors forces entrepreneurs to work as hard as they can to make their companies successful. “Capitalism thrives when all parties have a financial interest,” he says.

Given the stakes, RBA thoroughly vets each start-up; Kinzelberg says the group has invested in only about ten companies so far, roughly a fifth of those that have applied for venture capital financing. While RBA doesn’t focus on a particular sector, the companies it funds tend to reflect Cornell’s strengths, including hospitality, agriculture, and technology. Investees have included Produce Pay, a payment platform for the fruit and vegetable industry (CEO and founder: Pablo Borquez, MBA ’15); Stayful, a booking website for boutique hotels (founding engineer: Chantelle Farmer ’91, MPS ’13); and the ride-share service Lyft (cofounder: John Zimmer ’06).

We’re trying to help these entrepreneurs,” says Harvey Kinzelberg ’67, “but we’re doing it in an intelligent way.

RBA is not structured as a fund. Instead, investments–which have ranged from $100,000 to nearly $500,000 per company–are each a collection of personal pledges, with a minimum of $25,000 each. (Investors also pay a $2,000 annual membership fee.) RBA has only been operating since late 2014, making it too early for reliable return-on-investment figures; however, Kinzelberg, for one, says he has alreadygotten back more than half of his $1.25 million in total commitments.

The arrangement is paying off for Eversound, which was one of the first start-ups that RBA funded. The $450,000 that RBA investors contributed during the company’s first funding round has allowed Reisch and his cofounders to develop prototype headsets and test them at a handful of retirement communities–including Kendal at Ithaca, which uses Eversound as a public address system for meetings. In March, Reisch traveled to China to meet with manufacturers, and Eversound plans to launch its product in June. He says that although the money was crucial, the advice and connections RBA has provided have been just as important. “If I send them a message about a problem we’re having, they immediately come through,” he says. “Every company is going to go through some tough times, so it’s nice to be working with people you trust, who you know will go to bat for you.” The Cornell connection has helped strengthen that relationship, Reisch says. He has bonded with investors over common memories of Collegetown Bagels, and he likes knowing that their interest goes deeper than their return on investment. “We’re building a company that we hope will have an incredible impact,” Reisch says. “It’s important to have investors who share that vision.”