“In these days of concern over exactly what, for heaven’s sake, we are eating, there’s a yearning for unadulterated basics,” a New York Times food columnist wrote nearly half a century ago. “And what could be more basic than bread? Nothing. Unless it’s the loaf with the university education known as Cornell bread.” 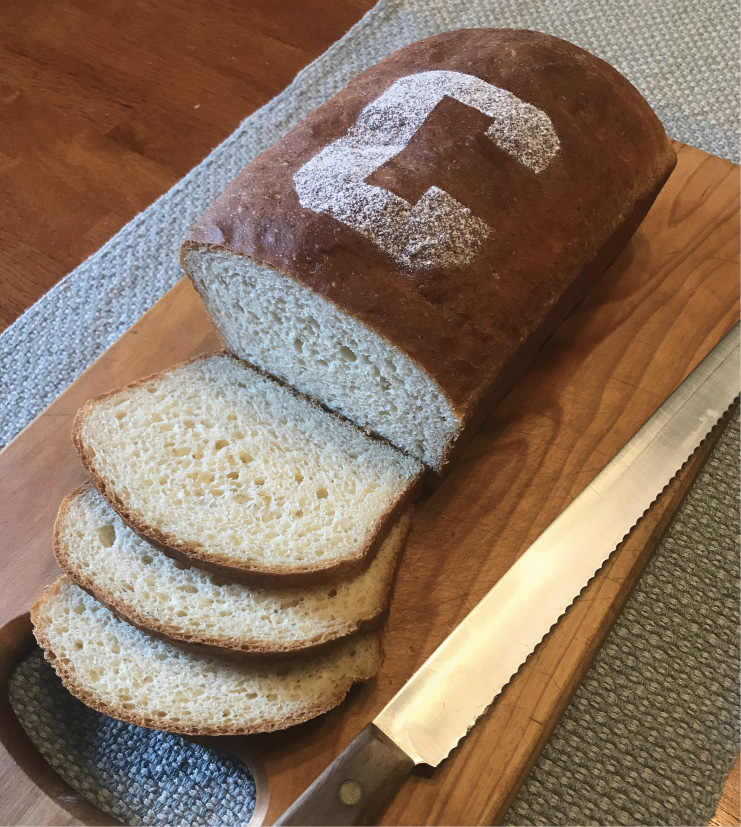 By the time that story was published in February 1972 under the headline “The Do-Good Loaf”—with an accompanying recipe that would be among the year’s most requested by Times readers—the marvels of “Cornell bread” had been touted by three decades’ worth of home bakers and proponents of healthy eating. “How does it differ from the standard homemade loaf?” the Times article asked rhetorically. “It has added protein, calcium, and riboflavin (which keeps you younger longer). Some New York bakeries sell the Cornell loaf, but there’s no reason why concerned cooks can’t make it themselves.”

Since the coronavirus pandemic began early last year, there’s been an increased focus on home cooking in general and on baking in particular, to the extent that the nation briefly saw widespread shortages of flour and yeast. So it’s an apt moment to reflect on Cornell’s eponymous loaf—one that may not have the cachet of an Instagram-ready sourdough boule crafted from artisanal grain, but which in its heyday was hailed as a healthful answer to mass-produced white bread. And in fact, the formulation for Cornell bread is still in circulation in the Internet age, appearing in baking blogs and on recipe aggregation websites like cooks.com.

The recipe was developed in the Forties by Clive McCay, a professor of animal nutrition whose studies of the effect of diet on the longevity of white rats made him an early proponent of the value of caloric restriction (in the context of sufficient nutrition) in extending lifespans. “His experiments showed that by cutting down on calories but providing plenty of minerals, vitamins, and protein in their diets, he could slow their growth and retard the onset of old-age diseases and death,” Jeanette Beyer McCay, PhD ’39, wrote in her introduction to The Cornell Bread Book, co-written with her husband and published by Dover in 1980.

Cornell bread traces its origin to a request from the organization that ran New York State’s psychiatric hospitals, which asked Clive McCay for help in improving the nutritional quality of the food they served. He decided the most beneficial and economical target was bread, a staple popular among patients; tapping his previous research, he developed a recipe that included dry milk, soy flour, and wheat germ. “Though Cornell bread has only a little more protein than the usual white bread, it is the quality of the combined proteins that [is particularly beneficial],” the McCays wrote. “You may not plan to live on bread and butter alone, but it is good to know that Cornell bread can contribute to your health with its protein, its calcium, and B vitamins—all needed by young and old alike.”

In the wake of World War II-era meat rationing, which had spurred interest in alternative sources of protein, the Cornell bread recipe spread to school lunch programs, home bakers, organizations promoting sound household management, and more—eventually appearing in popular guides like The Joy of Cooking. It was sold commercially starting in the Fifties, including at an Ithaca food co-op that marketed it under the name “Golden Triple Rich.” (As the Bread Book notes, the finished loaf “is not actually white, but a pleasing creamy color.”) The bread even became the focus of a 1954 court case—subsequently cited in other lawsuits alleging trademark violation—in which the University successfully sued a bakery in Brooklyn for selling Cornell bread in, as the Sun reported, “a wrapper containing the school’s colors, name, and banner.”

After Clive passed away in 1967, Jeanette (who had studied human development and nutrition as a grad student in Human Ecology) continued promoting the health benefits of Cornell bread. The 1980 book—subtitled 54 Recipes for Nutritious Loaves, Rolls, and Coffee Cakes—was an expanded version of a booklet first published in 1955 in response to myriad inquiries for the recipe and its variations. Cornell bread has since made numerous appearances in print and online media; in 1987 the Chicago Tribune called the finished product “delicious and easy to make,” while in 2005 Mother Earth News dubbed it “Dr. McCay’s Miracle Loaf” and observed that it had “attracted a wide following among bakers who praised the recipe for its delicious taste and extraordinary nutritional qualities.”

A slim volume that originally retailed for about $3, the Cornell Bread Book is long out of print, but used copies are easily findable online. In addition to Professor McCay’s original recipe—which produces a whopping three loaves, or “two loaves and a pan of rolls”—it includes instructions for pizza dough, pita, sourdough waffles, yeasted doughnuts, hamburger buns, and much more. “Each time you bake is a new adventure,” the book observes, “and each time your judgment improves along with your bread.”

Editor’s note: While used copies of the Cornell Bread Book were widely available online for under $20 when this story was written in late 2020, it has since become much harder to find, and prices have risen sharply—to the hundreds of dollars and even as high as $2,000 on one rare book site.

Combine water, yeast, oil, and honey or brown sugar in a large bowl and let stand for five minutes. In a separate bowl, combine soy flour, dry milk, wheat germ, salt, and 1½ cups of the all-purpose flour. Add flour mixture to yeast mixture and stir until smooth. Add another 1 ½ cups of all-purpose flour, then continue adding as much of the additional half-cup as needed to form a dough stiff enough to knead.

Turn dough onto a lightly floured surface and knead until smooth and elastic, about 10 minutes. Place dough in a lightly oiled bowl and turn to oil top. Cover and let rise in a warm place until doubled, about an hour.

Punch dough down and turn onto a clean surface. Shape into a loaf by flattening into a rectangle, then rolling up (starting from a short side) and pinching seam to seal. Place, seam-side down, in an oiled 9 x 5-inch pan; cover (or put into a proofing bag) and let rise in a warm place until doubled, about an hour.

Toward the end of the rising time, preheat oven to 350°F. Bake for about 50 minutes (tenting with foil after the first 30 minutes) or until bread sounds hollow when tapped or the center reaches 190°F on an instant-read thermometer. Turn out loaf from pan and cool on wire rack.

3 thoughts on “Slice of Life”