They were just regular Class Notes updates—though perhaps a tad more glamorous than most. “Dave Newburge is busy on and around Broadway,” wrote a Class of ’57 columnist in CAM in October 1958. And in March 1970: “David Newburge, a librettist-lyricist, has a song on the last Petula Clark album, Portrait of Petula.” And in May 1971: “His new musical show, Stag Movie, opened Off-Broadway at the Gate Theater.” 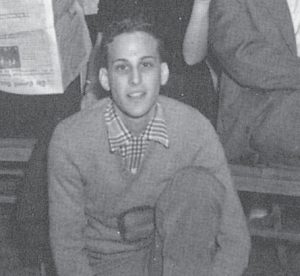 Newburge in a yearbook photo of Sun staff

Little could Newburge have known that decades later—years after his own death in 2007—the quotidian updates he sent in would not only help an artist crack a minor mystery, but bring his story to life in front of theater audiences in two countries.

Newburge and his family are the subject of Say Something Bunny!, a one-woman performance art piece that ran in Toronto last year and is playing at a Manhattan gallery space through July. This unorthodox work takes a pair of long-forgotten recordings that Newburge made of family gatherings in the Fifties and turns them into a two-act, multi-media exploration of everything from mid-century domestic life to the popularity of “adult” (as in nude) musicals in 1970s New York.

An English major and Daily Sun staffer, Newburge was seventeen when, in April 1952, he brought out his wire recorder—a technology popular in the late Forties and early Fifties—and captured living-room chitchat during a going-away party for neighbors in his family home on Long Island. He used it again on Thanksgiving 1954, recording the scene as relatives celebrated the holiday and a forty-fourth wedding anniversary. 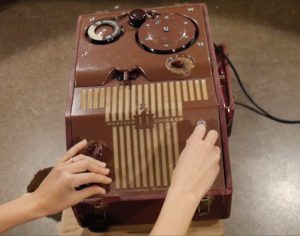 A wire recorder, similar to the one Newburge owned, that artist Alison Kobayashi uses in her show

More than half a century later, the recordings—absent any identifying information—came into the possession of Alison Kobayashi, a Canadian artist who often works with found objects, sparking a six-year journey to reconstruct the lives behind those disembodied voices. Among the clues she parsed was the mention of a football game (Cornell 26, Penn 7) that fixed the date of the second recording. Using that year and the first names of the anniversary couple, she tracked down their marriage record, garnering their last name. A major breakthrough was a Forties-era census report that revealed the full identities and relationships of the speakers. Her quest also took her to CAM’s Class Notes and to the Daily Sun, which reported a car accident involving Newburge and two friends in November 1953. She surfed eBay for copies of the Cornellian; two images from 1957—Newburge’s senior portrait and a shot of him with Sun colleagues—appear in her show.

Say Something Bunny!—the title comes from a line Newburge directs to a reticent guest—is styled as the read-through of a script based on the recordings. With her audience seated around a circular table and symbolically cast as the characters, Kobayashi recounts her investigative odyssey, illustrated with props, photos, video, music, costumes, media clippings, and more. Newburge ultimately emerges as the protagonist, as Kobayashi chronicles his life in Greenwich Village bohemia and his writing career—which, she discovered, included success in the adult film industry. At one point in her quest, she found herself in the New York Public Library viewing part of his oeuvre: an erotic courtroom drama entitled Big Thumbs. “Say Something Bunny! is based on research,” Kobayashi says, “but it’s also a piece of imagination—trying to connect the dots and have a theory of what happened, when all you have is scattered documents and archival materials. So it’s a work of both fiction and nonfiction. We’re trying to get closer to the truth—but it’s impossible, because I wasn’t in that room.” 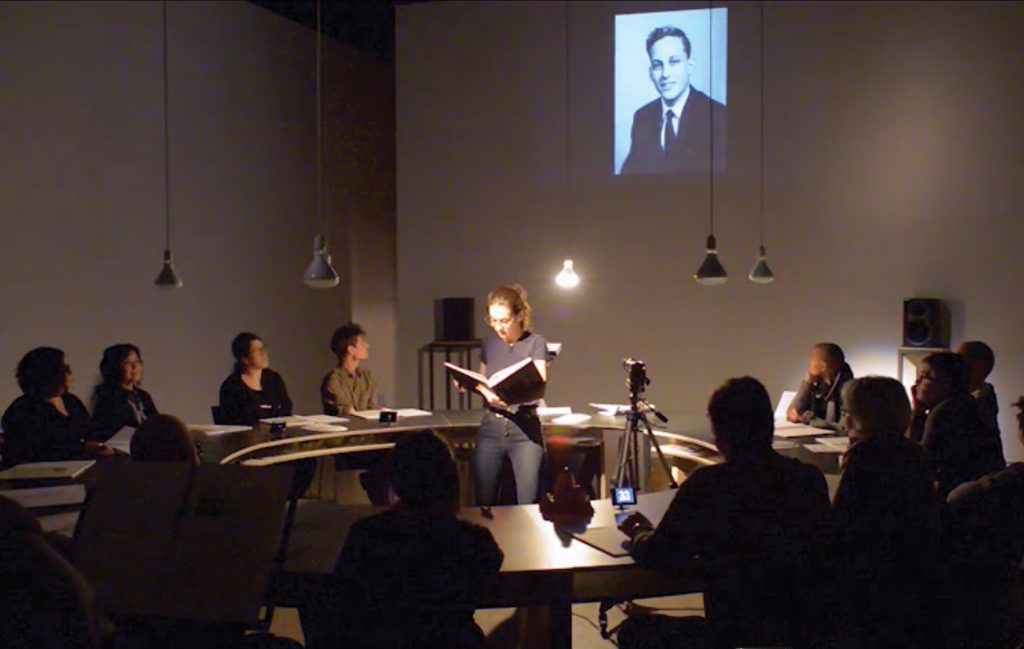 Kobayashi reading from the Cornellian in Say Something Bunny!